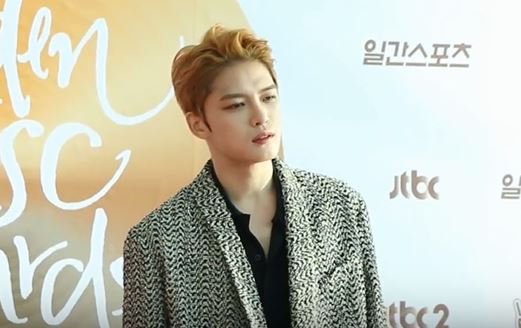 "Bad judgment. I knew that’s what this was"

Soompi reports that Kim Jaejoong from Kpop group JYJ pretended to have Coronavirus as an April Fools joke.

Yesterday the singer posted on his personal Instagram stating he had tested positive for Covid-19.

“I have been infected with COVID-19,” he wrote in Korean. “It is a result of my negligence, ignoring the cautionary words shared by the government and those around me.”

He went on to express guilt on spreading the disease. “A person’s individual actions can have such a big impact on society as a whole,” he said. “I am so sorry to those who may have been infected because of me. My foolish judgment to live as though it couldn’t happen to me is why I am like this today.”

The 34-year-old even went as far as saying he was in the hospital and is unable to see people. “I am currently hospitalized,” he claimed. “I am reflecting on my past a lot and feeling both grateful and sorry. There are many things I want to say. There are many people I want to see so much.”

Not long after, Jaejooing edited the post to clarify that he did not actually have the disease.

“What if the people we love, someone precious to us, contracted the virus?” He asked. “It’s such a heart-wrenching thing to think about.”

“When negligence turns a sad premonition into reality, it’s not something that we can simply end by wiping our tears away,” he stated. “Although this did go quite far for April Fool’s Day, so many people worried about me in a short span of time.”

He added that he did not consider his actions to be a “joke” but is happy to accept any repercussions.

“Oh… and I don’t think of this as an April Fool’s joke,” he said. “My family and my friends are getting sick.. and dying.. It’s never!! just someone else’s problem. I wanted to tell you that protecting myself is protecting the precious people around us. I will accept all punishment I receive from this post. I hope all of you are healthy.”

The singer then posted an apology letter, stating it was “bad judgement”.

“I am also personally aware that it was something that shouldn’t be done,” he stated. ” First, over the social media post I wrote, I want to express my sincere apologies to the people who have suffered because of COVID-19 and to the people who were disrupted in their administrative work.”

“Bad judgment. I knew that’s what this was.”

In related news President Trump misstated the population of Seoul by 28 million people after stating he knew “South Korea better than anybody.”