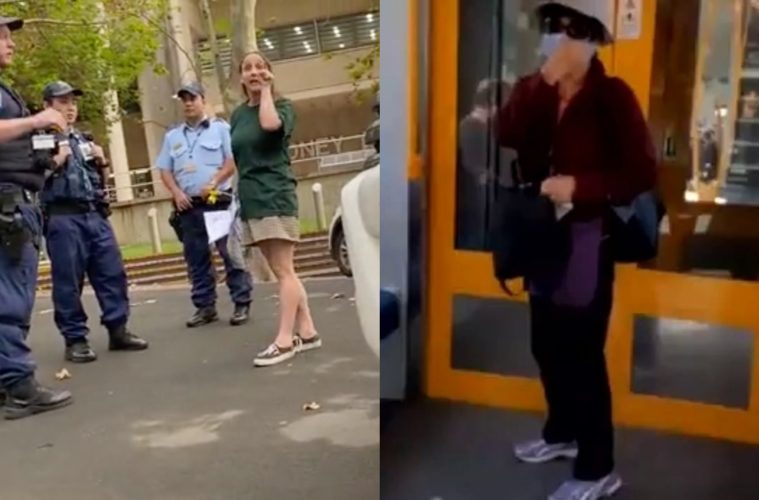 "Good luck having no money you piece of s**t. Because you're an illegal aren't you"

Daily Mail reports that an Australian woman who was accused of racially abusing an elderly Asian woman went on to spew more ethnic slurs outside a police station.

Angela Weedon had told the elderly Asian woman on a Sydney train, “you are not welcome here illegal, you and your biocontamination.” Weedon was referring the Coronavirus, which is believed to have started in China.

The 38-year-old asked the woman if she could speak English before calling her “an illegal”.

In a separate charge, Weedon had allegedly told a Telstra store employee to “go home to China”.

On Monday, Weedon was released from police custody on strict bail conditions on Monday. After just being released, Weedon once again went on another ethnic slur rampage.

Speaking to a photographer whilst being surrounded by police officers outside Sydney Police Centre, Weedon said, “that’s alright, you maggot, you’re going to be sued too.”

“Good luck having no money you piece of s**t. Because you’re an illegal aren’t you, little Mr India… F**k, off dog.”

A policeman is then heard telling Weedon, “stop harassing him! Do you need to go back downstairs under lock up again?”

Police also state that on the same morning of her release, Weedon also threatened and kicked a man after he refused to give her a cigarette.

“As the man tried to walk away, the woman followed him down the street and continued to yell abuse at him,” the police said.

Weedon will next appear in court appearance on 25 June.

In related news, a 5-year-old Asian American has donated 11,200 masks to her local hospital in an effort to dispel Coronavirus racism.