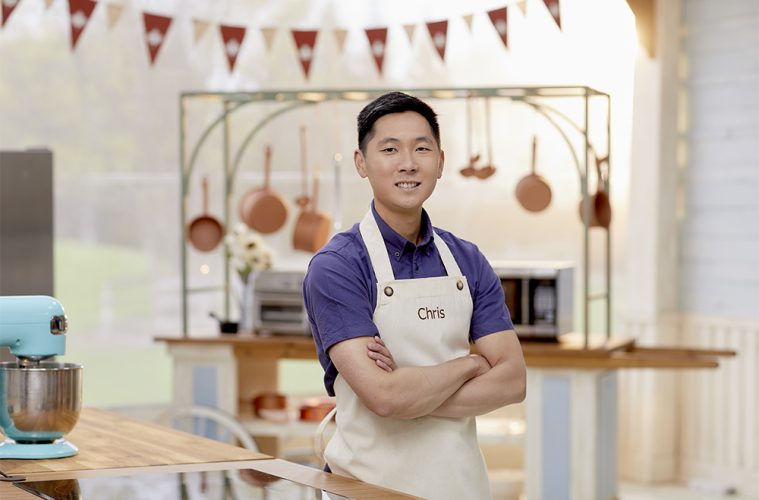 Chris Koo, a family physician based in Canada, in pursuit of his next challenge, did not expect that he would be spending several months keeping a tight-lipped secret from friends and family. That secret being that he was one of only 10 amateur bakers to compete in The Great Canadian Baking Show, having the opportunity to showcase his talents in a series of culinary challenges.

When Chris was finally able to announce publicly his participation, he explained that he wanted to do something a little different, encouraging others to pursue other interests outside the ordinary day job. Chris had relied upon baking as a way of relieving stress during his medical residency (with friends and family dipping into many treats as an appreciated windfall of such a passion!), but it was time to take it to the next level.

Yinsey Wang interviews the inspiring Chris in this exclusive interview for Resonate about reality TV, baking, being a foodie, doctoring and cultural stereotypes.

YW: What made you decide to join a reality TV show?
CK: Peer pressure, and a bit of midlife crisis, perhaps? (Hah!) I applied at a friend’s encouragement, without seriously thinking I would actually make it on TV!

But perhaps it was exactly what I was looking for. Taking on new challenges and trying new things is how I’ve always gone through life. I had just finished all my medical exams and become a fully-fledged family physician. Having reached the end of the medical training path, I was searching for my next project, but I never expected it to be a reality cooking show. The online application turned into an audition, which turned into a phone call telling me I was being cast. When a once-in-a-lifetime opportunity like this presents itself, you have to take it!

YW: What is it about baking that draws you in?
CK: Baking is so much more than making delicious things. It’s a craft in which art blends with science, where things so basic as flour and sugar transform into something more than the sum of its parts. It’s almost a magical transformation, but when you figure out how to use these transformations, you can unlock a whole new universe of possibilities. I’m that guy who always wants to know how and why things are done. The cool part about baking is you (usually) end up with something delicious at the end, so you get to share that journey with other people. The easiest way to make friends is to offer free food! 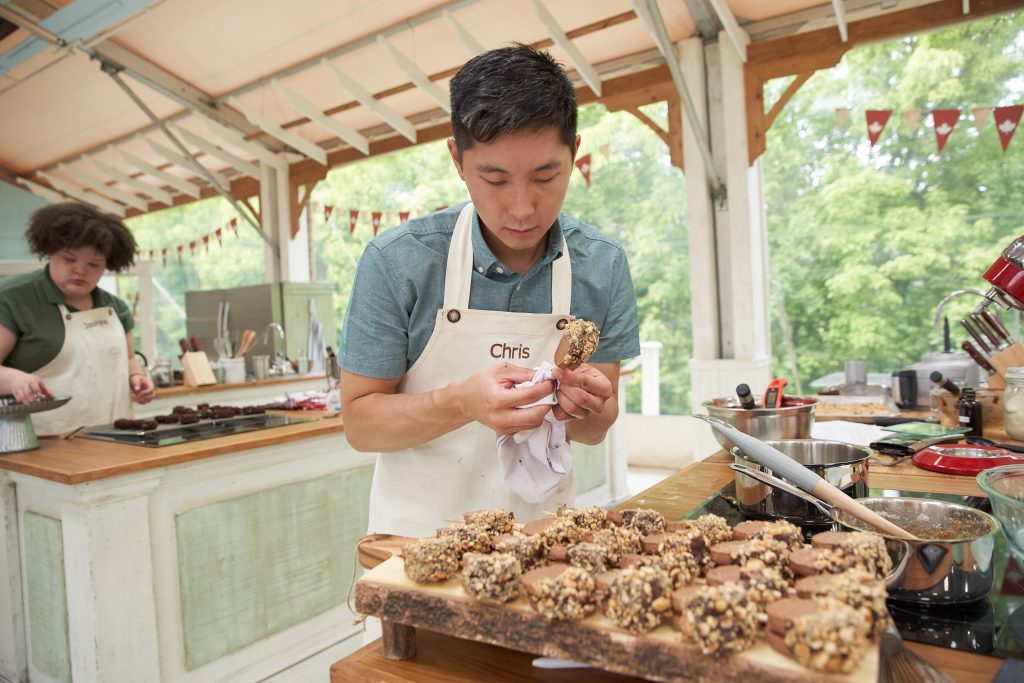 YW: What is your favourite baked treat?
CK: If I really, really had to pick, I have a real soft spot for a vanilla cream puff. It’s crispy, chewy, and custardy all in one bite, and you can play with the flavours in so many ways.

YW: Who is your biggest baking inspiration?
CK: Truly, the other amateur bakers on the show are my biggest inspiration, because they push me to think about who I am as a baker. On the show, I was able to look at someone’s baking, taste it, and learn something about whoever made it. The foundational techniques come through practice, and anyone can achieve that. But the others made me think about what makes my baking different from everyone else’s. To develop my signature style – that’s the ultimate goal!

Strawberry shortcake, plain and simple. Genoise, kirschwasser syrup, whipped cream, strawberries. It was an office staff member's birthday this week so of course we had to have cake. Got a little too carried away with the strawberries though, no space to put the candle. Oops! #rookiemistake

YW: What is the hardest recipe you have ever tried, either within or outside the show?
CK: I don’t think any recipe is truly hard – it’s all a matter of understanding what you’re doing, why you’re doing it, and having enough time to practice, practice, practice. My own weakness is decorating and making things pretty. On the show, we had to make sculptures and showpieces out of cookies, bread, and pie. My brain doesn’t really work that way, so those design challenges were really hard for me. But darn it, that doesn’t mean that I won’t work on those skills. I would love a do-over!

YW: How does baking differ or feel similar to your day job as a doctor?
CK: Baking is a living thing. There’s a myth that it’s an exact and precise procedure, but in reality it depends on so many things: the temperature, the humidity, the altitude, where the ingredients came from, how fresh the ingredients are… You have to adapt to whatever’s happening in the kitchen that day, and over time you develop an intuition to deal with all these variables.

As a physician, it’s exactly the same thing. Many people think there’s an answer to everything in a textbook, but people are really complicated and different from each other, and often there are no right answers and you have to trust your instincts!

With both baking and doctoring, I just have to prepare the best I can, then focus on being in the moment and responding to what’s in front of me. 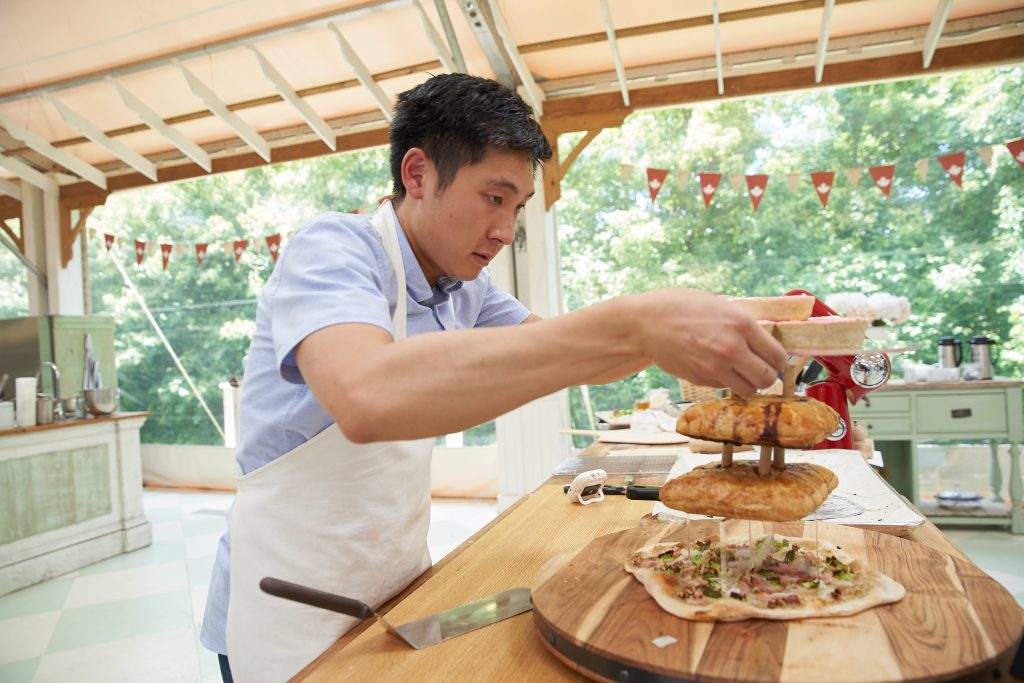 YW: Was there anything about being on reality TV that surprised you?
CK: I was surprised that reality TV could be so much work! It’s incredible how many people are involved and how much time it takes to deliver just a single 40-minute episode. Each episode was filmed over two days, each of which started at 7 am and finished around 7 pm. It was physicially, mentally, and emotionally exhausting – perhaps even harder than medical training. I would never have thought baking could be that stressful!

YW: How did friends and family react when they saw you were on the show? Was it hard to keep it a secret?
CK: When I announced that I was on the show, everyone around me was totally shocked. I have performed in school talent shows and piano recitals, but I’ve never really enjoyed the spotlight. And although people knew that I liked to bake, I don’t think even my family knew how deeply I had a passion for this craft!

Keeping it a secret was insanely difficult. Part of it is that I am a horrible liar. But also, as a family doctor there’s always someone trying to reach me, whether it’s patients, office staff, or other doctors. I ended up telling most people that I was doing confidential research. It was such a sigh of relief when I could finally tell the truth!

YW: What do you think about Asian representation in the media and how do you think your presence on the show may impact that?
CK: There is a stereotype that Asian cultures prioritise practicality (e.g., a reliably successful career) and risk aversion at the cost of passion. Yes, I did achieve the stereotypical Asian ideal of becoming a doctor, but I hope I’ve also shown that we also have passion, creativity, and innovative ideas.

The more that Asian people are shown in this light, the more we can dispel the assumptions about us. I hope that one day we are able to see the true diversity of Asian people on TV shows like this! 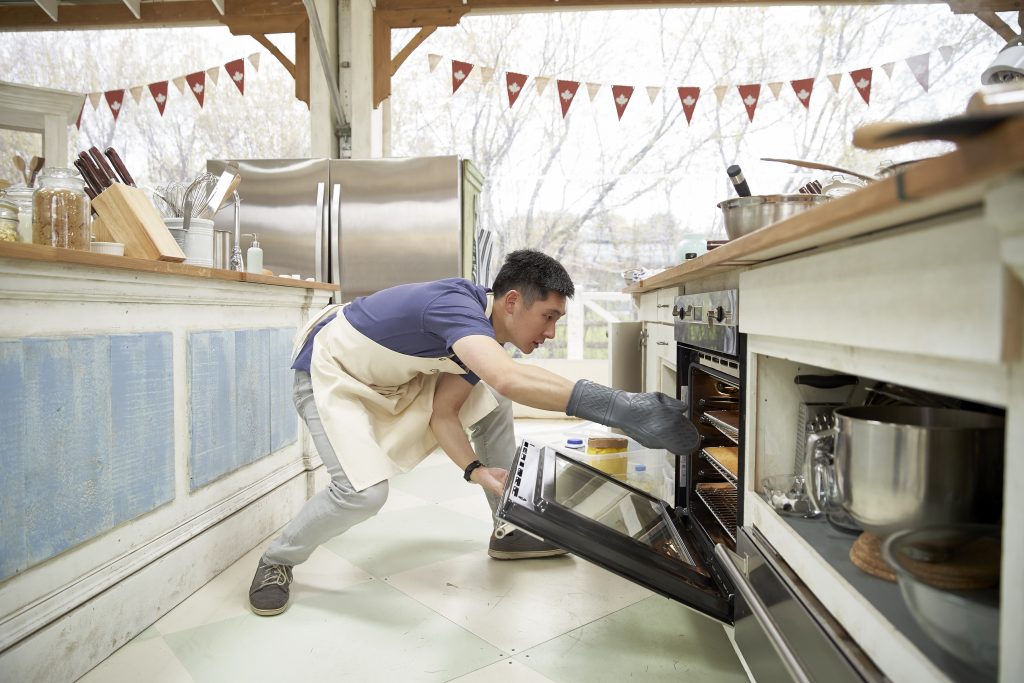