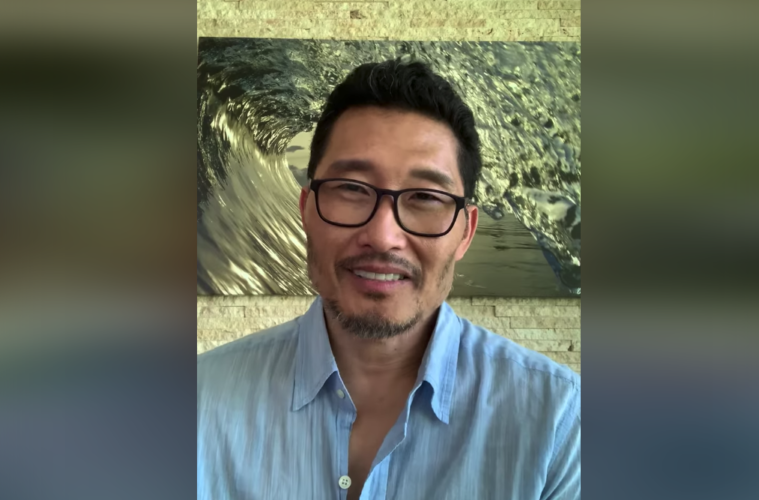 "I'm free to explore exotic places like my living room"

Earlier this month, Kim announced via social media that he had contracted the disease and had been self-isolating at his home in Hawaii.

Now, the Korean American actor has revealed that he has recovered from the disease and is no longer self-isolating.

Kim had initially thought he was better much earlier but experienced “a bit of a setback.”

“This disease is unlike anything i’ve ever experienced,” Kim said in a new video. “This past week was no exception.”

After Kim’s treatment came to an end, the actor said he felt “healthier” and “thought it would be good for my immune system to take charge the rest of the way.”

However, it was clear that Kim had jumped the gun. “But maybe I was a bit too confident because a day after, I started to feel sluggish, tired and congestion,” he said.”

“Weirdly I lost my sense of smell, which also led to a loss in my sense of taste,” he explained. “This is something I’ve heard is happening to other people who have had other symptoms of Covid-19.”

“The good news is I never had a fever again,” he continued. “The bad news is I still didn’t feel right.”

His doctor then told him that his symptoms are actually signs of the recovery process.

“Since then, my doctor told me that the symptoms are commonly associated with what’s called post-viral inflammation,” Kim said. “It’s part of our body’s natural recovery process. for me this lasted on and off for a couple of days but i’m told for some people it can last for a few weeks.”

Nonetheless, Kim is now “virus-free” and he looks forward to enjoying a bit more freedom.

“My required period of self-isolation has ended and I’ve been released into the wild of my very own home,” he said. “Now I’m free to explore exotic places like my living room and do daring things like take out the garbage and walk my dog. If you see me outside in Honolulu, please no need to run away! Just throw me a Shaka and I’ll throw you one right back.”

Kim also revealed that this video would be the last.

“Now that I’m considered recovered, I also wanted to let you know that this will be my last post about this experience,” he said. “A lot has changed in the world since I was first diagnosed. And unfortunately not that much for the better. There are many more voices, much more important than mine such as doctors and scientists that we should all be listening to and learning from.”

“I’ve always considered my journey just a small part of how this disease has impacted our collective lives. Now that I’m better, it seems like the natural time to bring it to a close.”

In related news, over 650 attacks on Asian Americans were reported in the last week amid the Coronavirus pandemic.

Kim then thanked those who supported him and urged people to not over-stock medicine. “I want to say thanks to all of those who wished me well through all of this,” he said. “Do not hoard medicine! Buying more than you need hurts everyone who needs it.”

Thank you for your good wishes through this journey. I hope it was informative and helpful to anyone who needed it. Continued love and prayers to all those who are fighting this illness.