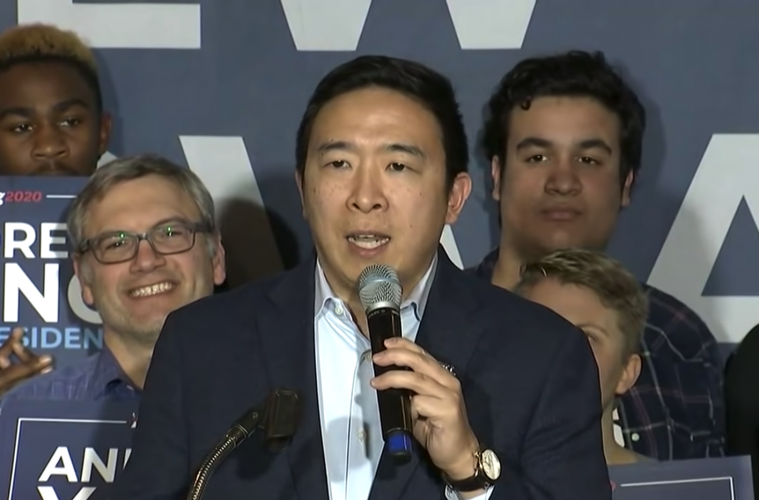 “I am the math guy, and it’s clear from the numbers we’re not going to win this campaign"

Andrew Yang has dropped out of the 2020 Democratic presidential race according to the Guardian.

The Asian American entrepreneur’s campaign came to a close in New Hampshire on Tuesday. Although the ballots were still being counted, results suggested that less than 3% of the vote was going his way.

“Endings are hard and I’ve always had the intention to stay in this race,” he said in Manchester, New Hampshire. “I am the math guy, and it’s clear from the numbers we’re not going to win this campaign.”

On Twitter, Yang wrote, “I am so proud of this campaign. Thank you to everyone who got us here.” In a separate tweet, he added, “We’ll be back.”

I am so proud of this campaign. Thank you to everyone who got us here. 🙏

Yang, a New Yorker was born to a son of Taiwanese immigrants, grabbed headlines when he pledged to give $1,000 a month in free cash to every American aged 18 or older if he were to be elected president. His career ranged from corporate law to start ups to venture capital.

The 45-year-old quickly garnered the support of Asian Americans and and Asians around the globe. From his crowd-surfing antics to his shameless Halloween pictures, Yang’s relatability to the average American was often commended.

Even Tesla CEO Elon Musk expressed his support for the Asian American candidate.

However, his political journey was not warmly welcomed by everyone. SNL host Shane Gillis called Yang a “Jew Chink”, forcing the show to fire him just one week after hiring him.

Nonetheless, Yang progressed far into the presidential race and was the only POC in one of the final Democratic Party’s debates.

Most recently, Yang’s wife made headlines for revealing how she was sexually assaulted by her OB-GYN whilst she was pregnant.