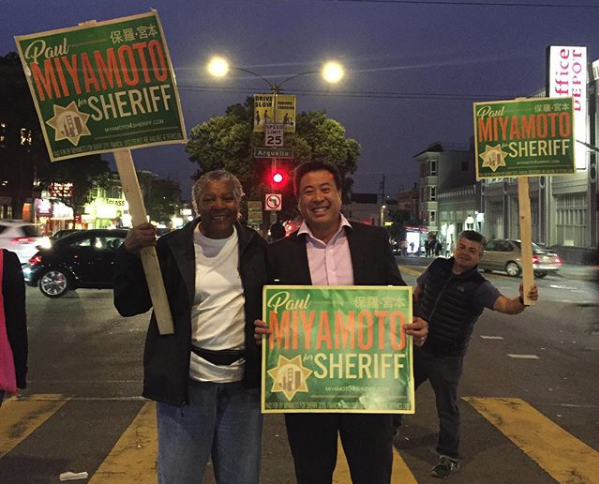 "To be the first at something, is not just an accomplishment but it's a responsibility"

Paul Miyamoto was sworn in on Wednesday as the 37th sheriff of San Francisco, succeeding the city’s first female sheriff – Vicki Hennessy.

The Japanese American first ran for sheriff in 2011 and is the second sheriff in the department to rise from the ranks to elected sheriff. He was previously the chief deputy.

“There’s a humbling feeling, of being a groundbreaker and moving forward as somebody who is of Asian American descent,” Miyamoto said.

“And in this day and age, to be the first at something, is not just an accomplishment but it’s a responsibility, to make sure that I model the positive behaviors I want to see in our department, and also be somebody who others can look to.”

Miyamoto also praised his family and Hennessy as well as addressing how the department’s special teams have addressed the behavioural health issues of those in jail.

“As the San Francisco Sheriff’s Department moves forward, you can expect more of this from my staff and me: care, compassion, collaboration,” he said.