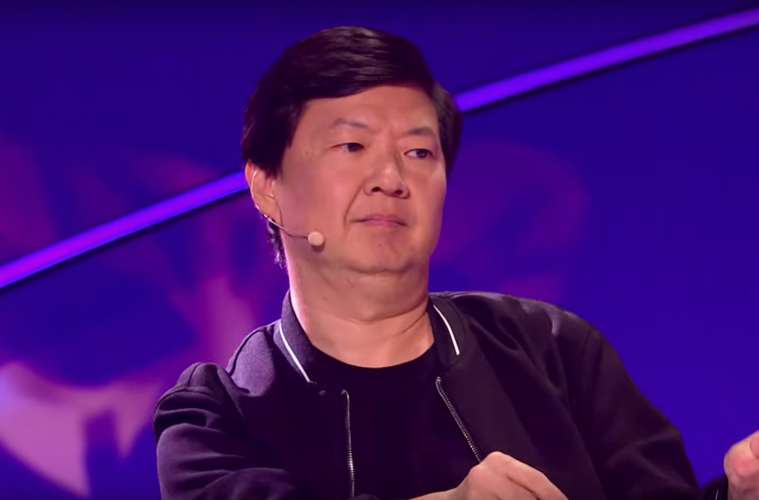 Fans of The Masked Singer have branded judge Ken Jeong as “unfunny” and “annoying”, calling for him to be fired.

Making its television debut over the weekend, the ITV talent show pits celebrities against each other, battling in a sing-off whilst dressed head-to-toe in costumes that conceal their identities.

The new British reality TV show is based on the South Korean version of the show King of Mask Singer.

Jeong features on the show as a judge alongside Davina McCall, Jonathan Ross and Rita Ora.

Despite only one episode being released, fans have already expressed their disapproval of the Korean American panelist.

“I can’t wait to see who they replace Ken with in series two of #TheMaskedSingerUK,” one person wrote on social media.

Another wrote, “Ken Jeong having a competition with himself to see who can be the most annoying panelist #TheMaskedSingerUK.”

“This ken guy is the most annoying thing about this show and that’s some doing by the way #TheMaskedSingerUK,” commented another.

One typed “this ken on the masked singer is irritating as f********ck #TheMaskedSingerUK.”

“Ken…… “I know exactly who it is..” yawn… was funny last night but now its friggin annoying… sit your ass down ffs.”

“Ken Jeong bringing that American energy to #TheMaskedSingerUK.Calm down mate.”

“Ken Jeong is so annoying”

“If they do a second series, I hope they get rid of him #TheMaskedSingerUK.”

“Have to say, Ken Jeong and his ‘I know who it is’ line again and again is getting annoying. #MaskedSinger.”

“Ken Jeong is just annoying and he won’t have a clue who most of these Brits are. Might have worked on the US show (never saw it, avoided it) but one-trick pony on ours. #MaskedSinger,” claimed one person.

“So ITV have somehow made The Masked Singer about the singing – when it should be about the mystery, they’ve made it too long, they’ve used trippy and frankly bad imagery and they’ve got the famously unfunny Ken Jeong using highly American comedy that doesn’t work at all.”

“Okay, so first episode of #MaskedSinger down. It’s okay for what it is, but it’s not as entertaining as I thought it might be. I’ll carry on watching though to see if it improves. Oh, and Ken Jeong is annoying af.”