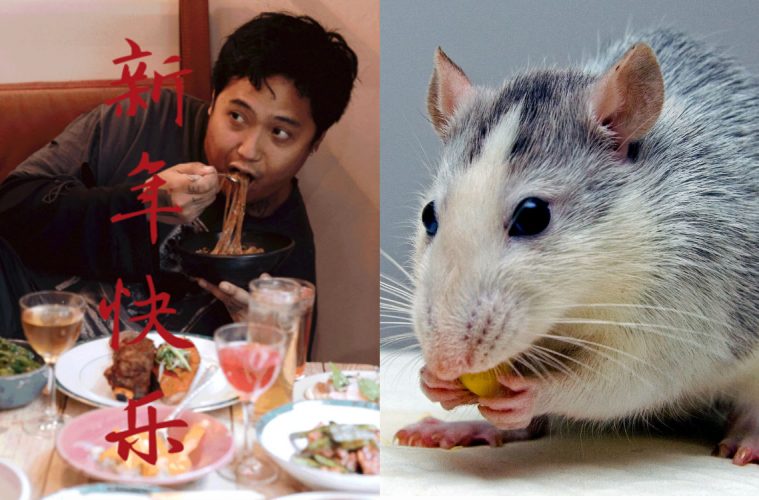 "We intend to celebrate the rat, not catch it, kill it and mix it into a bowl of steaming noodles!"

London restaurant Pachamama East has issued an apology for making a joke about cooking rats.

In a newsletter sent to its subscribers, the Asian restaurant advertised its Chinese New Year event.

“On Saturday the 25th of January at Pachamama East, we will be celebrating Chinese New Year and looking forward to the forecasted peaks and troughs that the year of the rat shall afford us all,” the newsletter began.

It then continued to discuss how the restaurant will be welcoming in the year of the rat – the Chinese Zodiac animal.

“In order to pay our respects to the cosmic rodent, we have lovingly prepared an array of delightful dishes – selected especially from our brand new menu for Yiu Fat Noodle, which will be opening up in China Town this year,” the newsletter added.

However, controversy struck when the newsletter joked about celebrating the rodent instead of cooking it, which it suggested was different to other Chinatown restaurants.

“Unlike many China Town restaurants, we intend to celebrate the rat, not catch it, kill it and mix it into a bowl of steaming noodles!” It said.

Eating rats is often regarded as a racist stereotype of Chinese people. 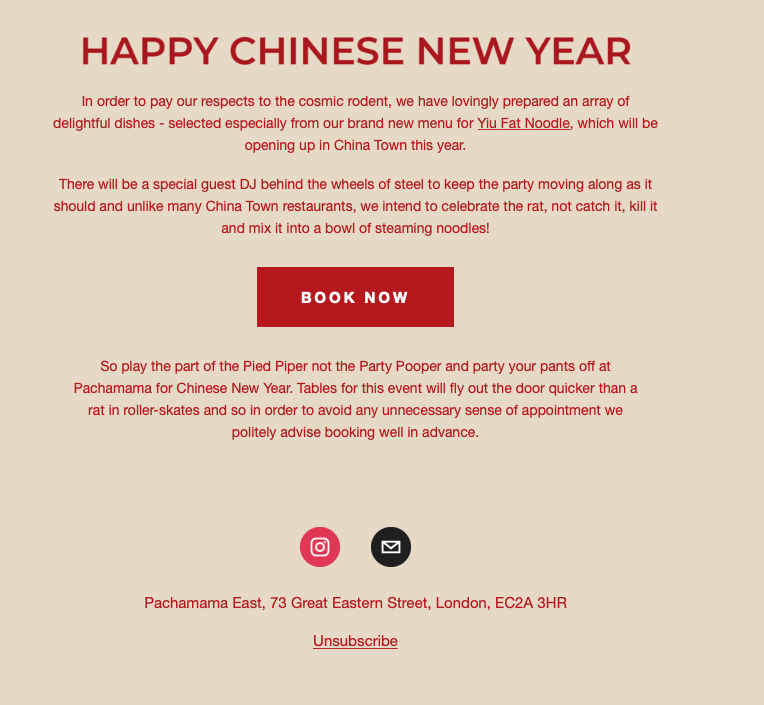 One day later, the restaurant issued another newsletter apologising for the joke.

“We want to apologise if we caused offense to anyone in our newsletter yesterday, this truly wasn’t our intention,” the second newsletter began.

It continued to express the diversity of their team and their respect for Chinatown.

“We pride ourselves at Pachamama Group for having a diverse and fun loving team, with our two founders being from Central Asia themselves and diversity being at the core of our business,” it continued.

“We have many friends and neighbours in China Town and eat there regularly. We would be heartbroken to think that we offended anyone. Our newsletter tends to be fairly tongue in cheek, but looking back we can understand how this might have not come across as intended and we can only apologise deeply.” 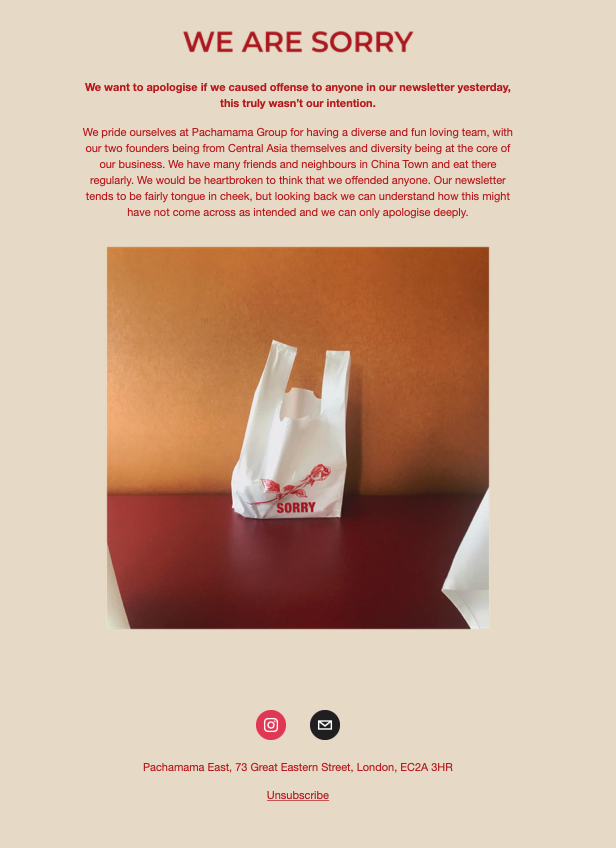