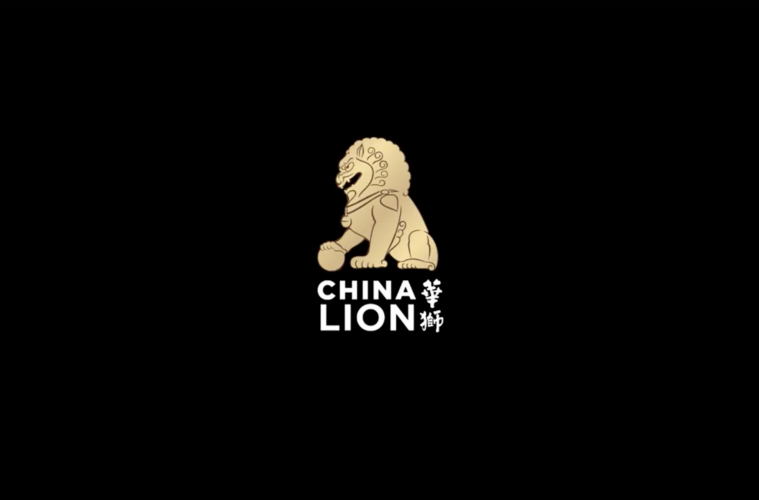 “When you watch something, you’re voting. That’s the incredible power that you have.”

In the third installment of this 3-part series, we talk to three professionals working in different parts of North America’s film industry on the power of audience demand, as well as making waves by building a strong creative community.

For the past 6 years, China Lion Film has brought Chinese-language films from Asia to North American theatres. With the growth of the Chinese entertainment industry and a rising number of Chinese expats around the world, the demand for Chinese-made entertainment grows worldwide.

Sitting in an office in Los Angeles, China Lion’s Marketing Research Manager Alma Zhang discusses over video chat how films are chosen for release. She states that China Lion releases films based on demand and expectation from their audiences, which usually consists blockbuster hits from China and festival favourites. However, being based in North America, China Lion has also been releasing films with western audiences in mind.

Alma recalls China Lion’s 2015 release of the Johnnie To film, Office, which was screened in the Toronto International Film Festival: “Johnnie To is a famous name for westerners, especially for film critics. So many people, even [older caucasian] ladies and gentlemen [went to] the theatres to see that film.”

Alma nods slightly before continuing, her short black bob bouncing along with the gesture. “As [western] audiences are getting more used to seeing films in the theatres — for Chinese films — I think their attitudes are getting more enthusiastic.” 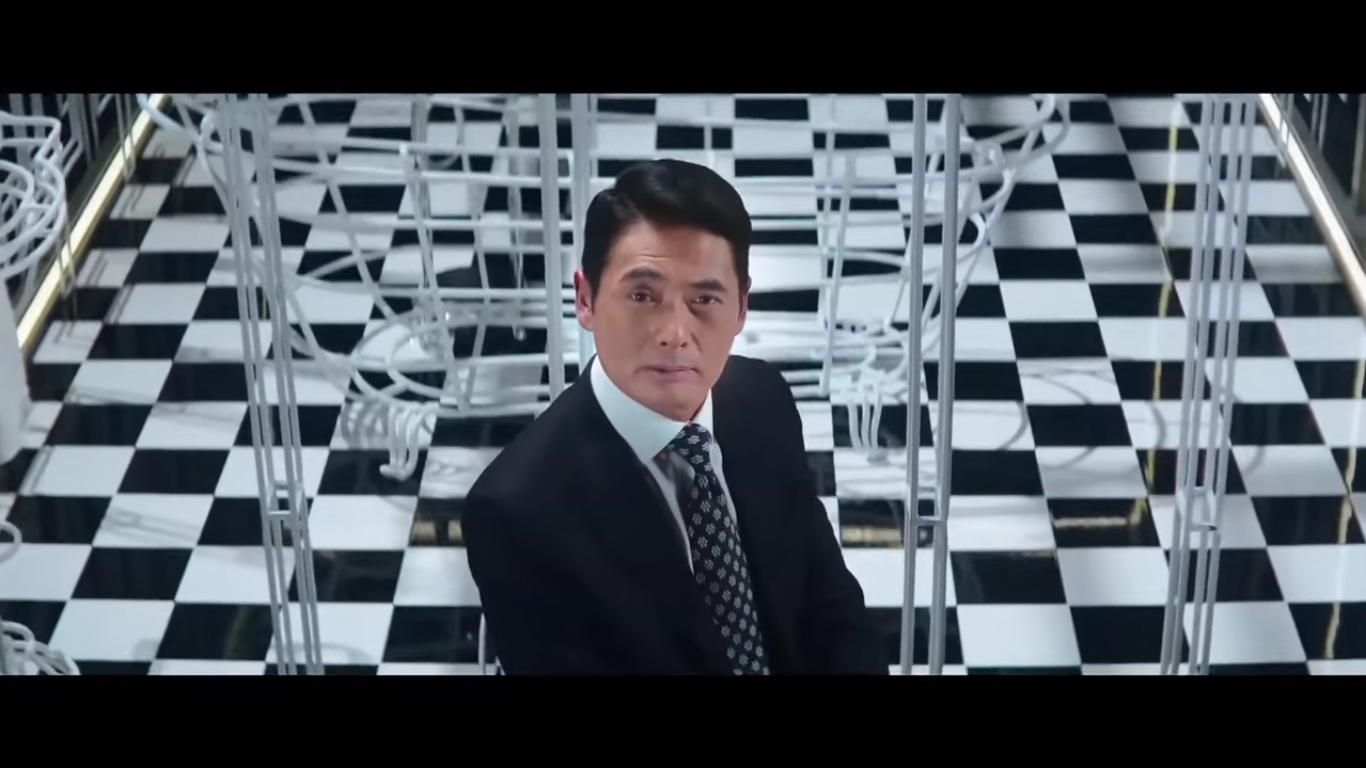 Chow Yun Fat starring in the musical Office by Johnnie To.

Behind the scenes of a very white Hollywood, changes are being made towards more on-screen diversity. Grace Chin, Director of the Vancouver Asian Film Festival, states that more often, casting directors and agents are receiving character breakdowns that specifically look for diverse casting. “Whereas in the past, a casting person, even if they had wanted to cast a person of colour, may have had their hands tied.”

“We are starting to break into more mainstream media,” says Grace. “That includes network TV shows, cable shows, even Netflix.”

“Certainly, there’s a lot of agents, producers, directors, actors, that are Asian now,” says actor Osric Chau. “[We’re] slowly starting to see more and more of that in this industry.”

On a creative level, Osric points out Fast & Furious director, Justin Lin, as someone who’s helped integrate the Asian-American identity in mainstream media. “Justin Lin started off doing movies specifically about Asian-Americans.” Osric states. “So hopefully, he gets back to that point where he starts to put some of us in there, and hopefully promote our heritage just a little bit.” 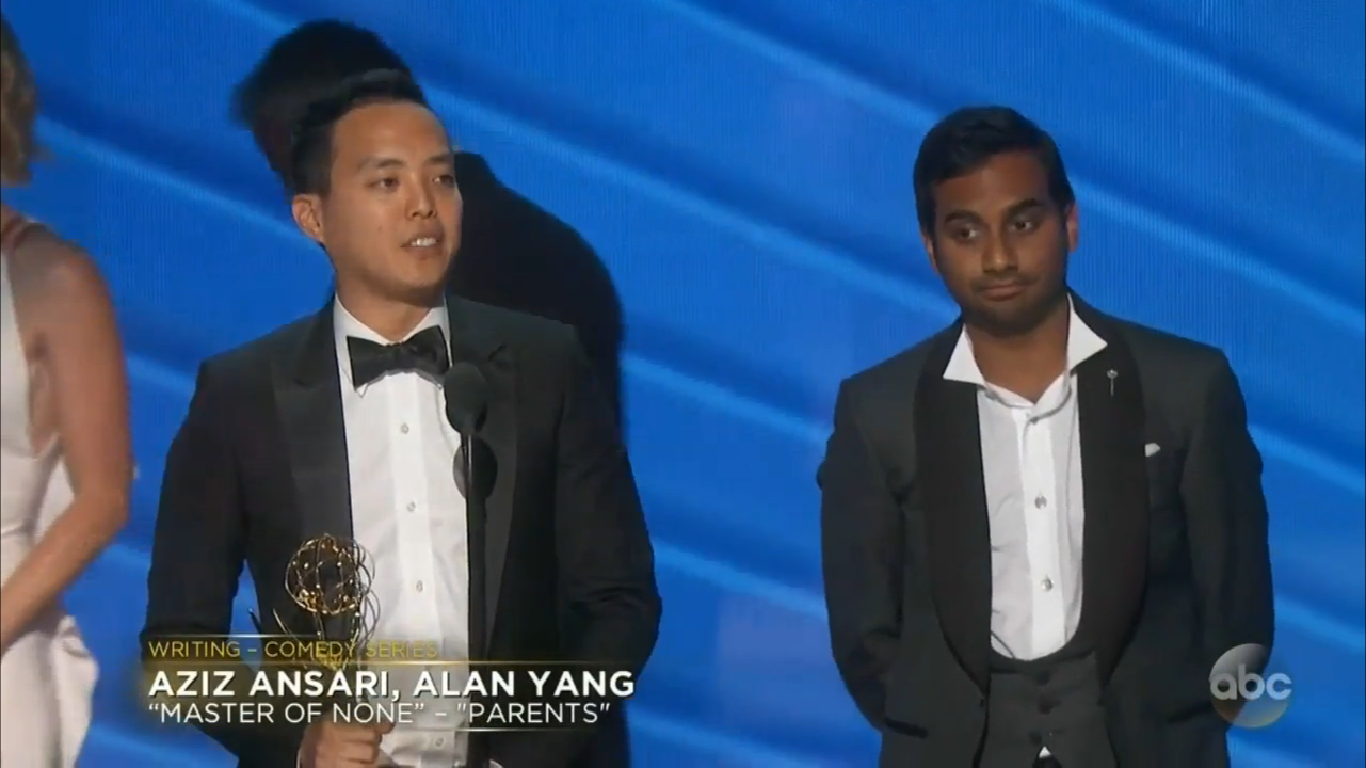 Alan Yang and Aziz Ansari receive an Emmy for Outstanding Writing for a Comedy Series for their work in Master of None.

On 18 September 2016, Alan Yang and Aziz Ansari took the stage of the Emmys to accept their award for Outstanding Writing for a Comedy Series. “There’s 17 million Asian-Americans in [the United States], and there’s 17 million Italian-Americans,” Alan stated in his acceptance speech. “They have The Godfather, Goodfellas, Rocky, The Sopranos. We got Long Duk Dong, so we’ve got a long way to go.” Alan’s speech points out that reaching outside of stereotypes in writing Asian roles remains an important step towards progress that goes hand in hand with diversity in casting.

“Even in TV shows … the representative of Asian is still Han from Two Broke Girls … [and] Jian Yang [from Silicon Valley].” says Alma. “The stereotype of Asian guys: nerdy and don’t know how to speak, with this strange Chinese accent. I think that needs to be improved, definitely.”

For Grace, she believes in fostering a creative community that works together from all sides. She indicates that while there were previously fewer Asians pursuing creative routes as a result of traditional upbringing, the number of Asians in creative professions are now growing.

“We really need more people that are willing to be behind the camera, and to, in some ways, invest in our films, in our media, and our perspectives, as well as the people that just wanna be a pretty face in front of the camera,” Grace states.

“Without both of these components in equal parts … we’re not gonna get as far. Because what we’re gonna be left with are the big organizations that basically just wanna make money.”

Osric also points out the role that audience members play in changing the landscape of mainstream media. “When you watch something, you’re voting. That’s the incredible power that you have.”

“As minorities, I think part of it is also up to us to show studios that we’re willing and really wanting to support some POCs and some diversity on screens everywhere,” says Osric. He mentions his admiration towards the African American community, coming together and building their own entertainment industry. “So even if it’s not a show that I’m in love with, I’ll support minorities because I believe that ‘hey, it’s one season, they’ll get better. They just need some time.’” 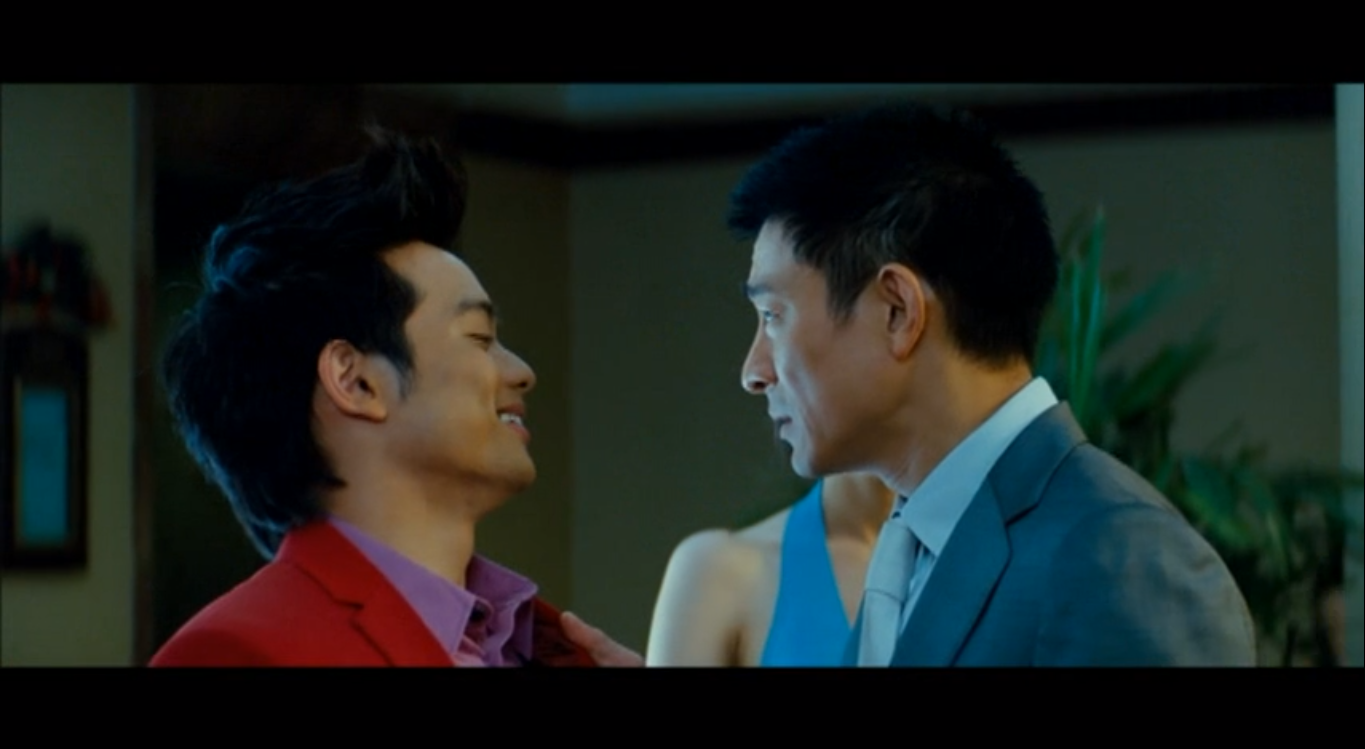 Screenshot – Osric Chau as Chen Erdong, facing off against Andy Lau in the 2011 Chinese adaptation of What Women Want. The film was distributed in North America by China Lion Film.

With all things into consideration — the globalization of entertainment, the rise of digital media, as well as consumer habits — it seems that the most effective steps to take in moving forward involve strengthening Asian communities and building influence from all sides. More investors willing to take chances in funding projects (and accepting failures on the journey towards progress), more creators willing to write and produce works for the Asian community, as well as audiences showing that there is a demand for Asian content by actively supporting Asian works.

As large scale changes slowly take place in the background, away from the immediate reach of the general public, the Asian community needs to be active in paving the way for producing quality Asian content. So that once the infrastructure is there, we can show the world who we all are.

It’s a work in progress. But we’ll get there.