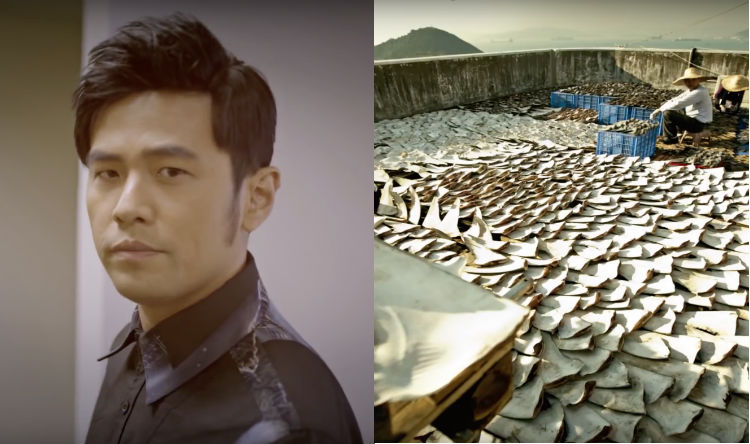 WATCH: Jay Chou fights for the protection of elephants, rhinos, sharks and pangolins

"When the buying stops, the killing can too"

Mando-pop star Jay Chou is advocating for the protection of elephants, rhinos, sharks and pangolins in Taiwan.

Working with animal protection group WildAid Taiwan, Chou has created four videos to spread awareness about the killing of these animals, advising viewers to boycott their related products.

In the shark fin video, the Chinese singer is seen walking through a restaurant speaking to the camera about shark fins, with images of hundreds of shark fins sliced in between the footage. “Please say no to shark fin soup,” the singer pleads.

“Elephants need their ivory, we don’t.”

In Chou’s video about the ivory trade, the singer is seen sitting in a hotel room, speaking to the camera about the unnecessary slaughtering elephants of ivory. Footage of elephants being shot and disturbing images of elephants without their tusks are shown over Chou’s commentary. “Please tell your friends and family to be ivory free.”

“Join us now in helping the rhinos.”

To educate people about the poaching of rhinos, Chou discusses how Taiwan used to be the biggest buyer of rhino horns but has since stopped. Chou encourages people from different countries to join them in stopping the trade. “Together we can save the rhinos. Never buy rhino horns.”

“Some people think it’s clever to eat these cute animals.”

In the video about pangolins, the singer discusses how it is actually dangerous to eat pangolins, as there is a risk of picking up parasites and diseases. He mentions how their scales are used for keratin, which is used in medicine, so their species is becoming endangered. “Never eat pangolins or use their scales.”

Each video is incredibly short, lasting under 1 minute. Nonetheless, they are direct, snappy and powerful. Chou ends each video with the catchphrase, “when the buying stops, the killing can too.”