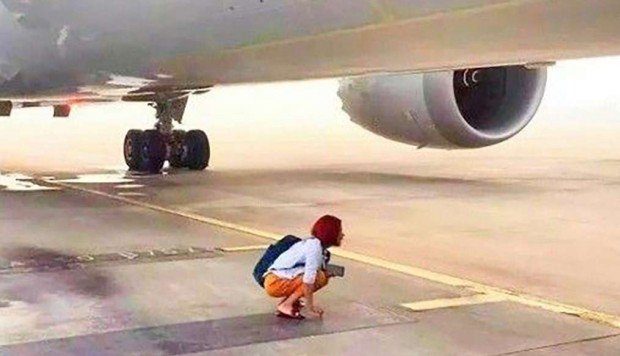 The passengers had missed their boarding time

After arriving too late to their gate, a Chinese couple ran onto the tarmac of Beijing’s airport to stop the plane.

The couple had stormed past airport personnel to reach the airport apron at Beijing Capital International Airport. The airpot apron is where planes are boarded, parked or refuelled.

According to SCMP, the couple arrived at the boarding gate after it had closed and proceeded to push past and knock over a number of airline employees to run along the gangway leading to the plane.

The flight crew of the Air China flight that was bound for Shanghai would not let the couple on board. In protest, the woman said that she would remain on the ground beneath the aircraft until she was allowed onboard.

The couple sited “personal reasons” for being late for the flight.

One witness said, “when two police officers tried to approach the woman she became really emotional and started crying and waving her arms”.