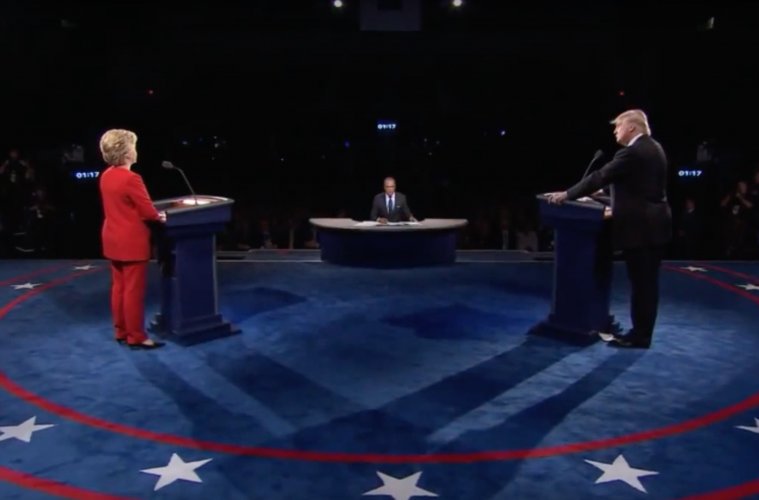 "Trump is a threatening figure"

Asian viewers around the world seem to have favoured Hilary Clinton after the first US presidential debate against Donald Trump last night.

The debate was streamed live on China’s social media site Weibo, which attracted thousands of comments.

According to Reuters, some called Trump a “loose cannon” whilst some saw him as a businessman who was best qualified to lead the world’s largest economy.

Clinton heavily critised Trump on his stance on nuclear weapons in the East. “He has repeatedly said that he didn’t care if other nations got nuclear weapons, Japan, South Korea, even Saudi Arabia,” Clinton said. “It has been the policy of the United States, Democrats and Republicans, to do everything we could to reduce the proliferation of nuclear weapons. He even said, well, you know, if there were nuclear war in East Asia, well, you know, that’s fine.”

Financial markets around the world also suggested that Clinton was the victor of the debate.

Patrick Bennett, head of Asia macro strategy at CIBC in Hong Kong, said “The market is voting that Clinton did better… Concerns about a Trump presidency have slightly diminished.”

As well as the US dollar falling 1.9% against the Mexican peso, Asian markets also grew. South Korea’s Kospi went up 15.73 points, whilst Hong Kong’s Hang Seng index was up 1.15%.

During the debate, Trump expressed an anti-China rhetoric. “Look at what China is doing to our country. They are devaluing their currency and we have nobody in our government to fight them … They are using our country as a piggy bank to rebuild China, and many other countries are doing the same thing.”

Landy Eng, a former employee of the California state government who has been living in Singapore the past 20 years, thinks that Trump’s “disruptive” factor is making Clinton a better candidate. He said, “Trump’s China-bashing is something I’m not particularly in favour of.”

65-year-old retiree from Hong Kong Aloysius Lee, who watched the debate unfold at The Foreign Correspondents’ Club in the territory, said that Trump was too unpredictable. “Hillary is the kind of person you can do business with, at least from my point of view. You don’t know what’s going to happen next, you don’t know what he’s going to say next”.

South Koreans who watched the debate on TV screens in the lobby of Seoul’s central train station said that they wer siding with Clinton. “Trump has ideas of withdrawing US forces from our country, and in terms of national security, Trump is a threatening figure,” said Lee Hyo-jin, 26, “so I support Hillary.”

Discussing Japan and South Korea, Trump said that if these allies “don’t pay their fair share, they may have to defend themslves or help us out.” Japan Defence Minister Tomomi Inada said that the US-Japan military alliance does not benefit Japan, “but is also in the interest of the United States.”

Li Jiaoli, 21, from Sichuan, China, said that Clinton seemed more presidential whilst Trump made her laugh. “Trump’s responses were too aggressive. High-level politicians should have more self-control.”