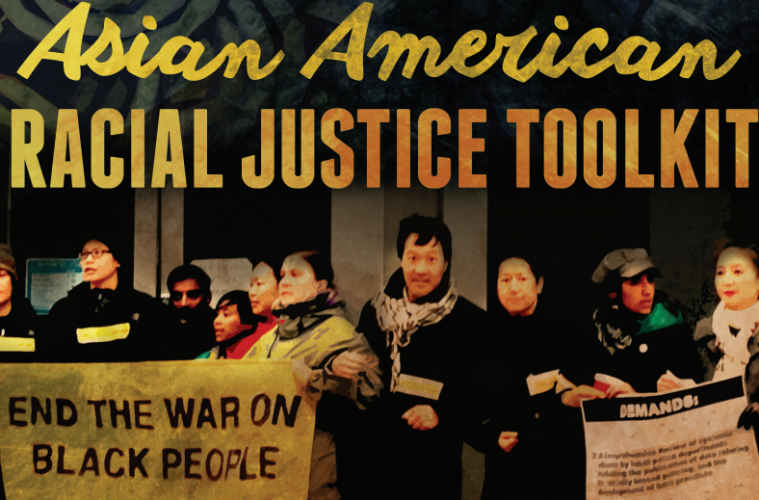 Asian Americans are looking to build a new racial justice movement, one that is grounded in solidarity.

The ‘Asian American Racial Justice Toolkit’ was created by 15 grassroots organizations that serve Asian American and Pacific Islander (AAPI) communities across the U.S.

The toolkit is a reflection of the organizations’ work and thinking, and is meant to catalyze AAPIs to action.The toolkit asks Asian American activists to reflect on their own histories and movements, and encourages them to build a “vigilant and expansive love for the people.”

The creators launched the toolkit on Google Hangouts and Twitter on Wednesday 7 September. Asian American activists from across the country participated in the conversation by using the hashtag #AsianAmToolkit. The celebratory and supportive response from community shows the significance of and the need for a racial justice toolkit from and for Asian Americans.

This #AsianAmToolkit is a GEM including material on BlackLivesMatter, colonialism, patriarchy, and so much more. https://t.co/ohbk43U5cd

So great to be joining the webinar for the #AsianAmToolkit! Thanks to many groups, including @CPASF @APEN4EJ @caaav among others

“America is lurching fitfully toward a new radical and political landscape where whites will no longer be the majority of the U.S. population by 2044…. This raises the questions for racial justice movement: Will this century be less bloody than the last? How will we build out ranks to contest white nationalism and to offer alternatives?” the authors of the toolkit wrote.