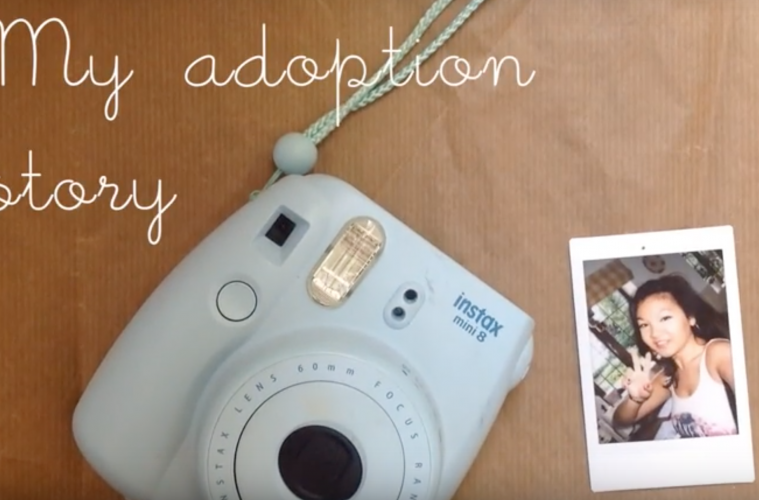 Naomi was found outside of a department store in Shanghai by the store’s owner, who took her to the local police station. No one had reported a missing baby and as of today, she doesn’t know if the store still exists or who the shopkeeper was. Whatsmore, she doesn’t even know her exact birthday, she only knows that she was born sometime in early April.

In Naomi’s moving video, she explains how she was taken to the Shanghai Children’s Welfare Institue and how strange it must have been for a small child.

“I learned in my studies that a newborn can recognise its mum’s voice. What must it have been like when that voice wasn’t there anymore?”

Fortunately, a couple from the UK engaged with the two year long adoption process and flew to China to meet her. Naomi calls that day “the day I had a family again” with her mother describing it as “the best day of my life”.

In the rest of the video, Naomi explains how she grew up in the UK with her adopted parents and how they supported her during difficult times. She explains how she was lucky enough a number of opportunities including travelling to 25 different countries. Naomi has taken none of it for granted and thanks her adoption for her fortunate lifestyle and opportunities,

“if I hadn’t been adopted, none of this would be possible. None of what I have now would exist and I wouldn’t be the person I am today.”

The video is truly touching and Naomi’s journey is certainly remarkable. It’s impossible to imagine the struggles and difficulties one would experience growing up being disconnected with your family. Naomi guesses that her birth parents abandoned her because she was a girl, but concedes that she will never know the true reason. Whilst one might harbour negativity towards a family who neglected them, a sympathetic Naomi says that it’s hard for her to be angry at her birth parents.

“A lot of my life has been filled with many questions. It’s weird growing up and living your life through the body and DNA of people you that you don’t know. I can’t help but think sometimes that it’s because I’m a girl that I wasn’t able to be kept.”

However, Naomi has struggled with the gaps in her knowledge and at a times, it has dragged her down. “So many things that other people take for granted such as knowing their birthday and where their traits come from and who their parents are, is information that I will never have”. Naomi says that this “weakness and sadness” has driven her to share her story.

Naomi says that she found a Chinese adopted group online and found other people who shared a similar experience, with the same questions and thoughts as her. She found a number of Asian Americans speaking up about their experiences and wanted similar awareness in the UK. Since, she has taken her story on Youtube to speak out to the adoptees out there to show them that they’re not alone and that they have a voice.