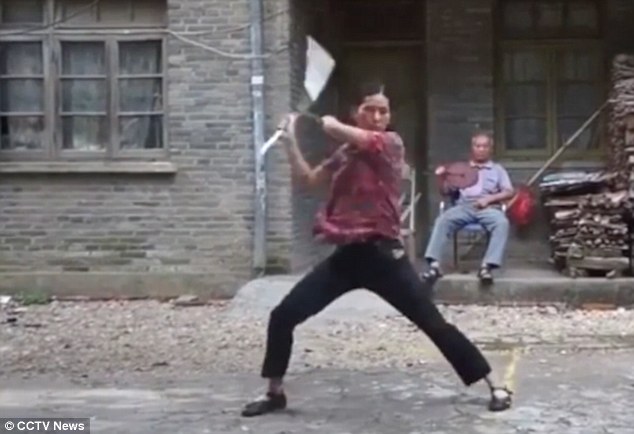 Footage of a middle-aged woman wielding nunchaku in China has gone viral.

A villager in southeast China’s Fujian Province has impressed the internet with her nunchaku skills.

The video of Ms Lei wielding the martial arts weapon, shows her using it to cut a cucumber, put out candles, light a match and even knock an apple from her friend’s head whilst blindfolded.

The nunchuck master has been teaching nunchuck skills to other women in the village, urging their husbands and children to behave.

The footage also features a routine where Ms Lei is joined by two other women wielding nunchucks in sync.

On Chinese social media site Weibo, users have been in awe. One wrote “someone should let this woman on TV”, whilst another commented, “this woman is awesome”. One fan even compared her to the Chinese martial arts legend, Bruce Lee,