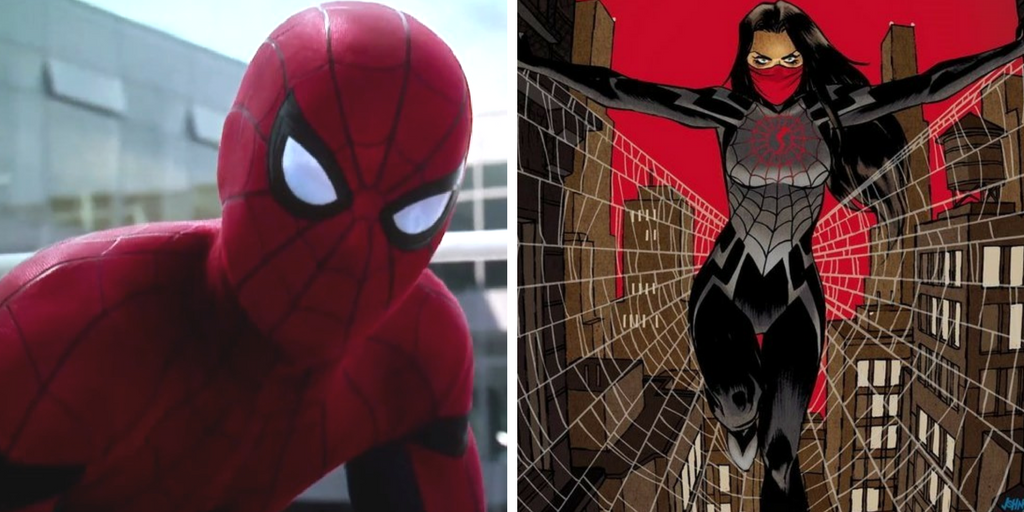 With the Marvel Cinematic Universe (MCU) finally becoming more diverse, it’s time for Asian female superheroes to be accurately represented, without being stereotyped or fetishized.

Coming out in 2017, Spider-Man: Homecoming is not only making waves for its celebration of the web-slinger’s longed-for return to the MCU, but also because its diverse cast and extras already consist of more minority groups than Marvel’s last five films combined.

With actors like Laura Harries as Liz Allan, Tony Revolori as Flash Thompson, and Zendaya as the one and only Mary Jane Watson, Spider-Man: Homecoming joins the upcoming Thor: Ragnarok and Black Panther films, as well as the Luke Cage Netflix series, in contributing to the MCU’s growing diversity. However, whilst Marvel is finally beginning to cast more people of colour as opposed to white guys named Chris, the studio, along with Hollywood in general, still has a long way to go when it comes to Asian female representation. It is this issue that has the potential to be positively addressed in Spider-Man: Homecoming, by introducing another one of Peter Parker’s classmates: Cindy Moon, otherwise known as the superhero Silk. 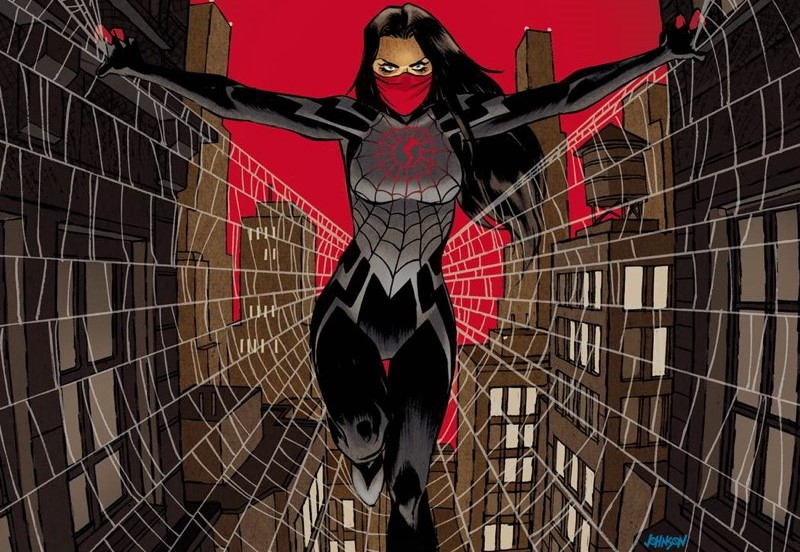 Cindy Moon is a Korean-American woman who was bitten by the same radioactive spider that gave Peter Parker his superpowers. She’s also one of the only Asian superheroes with their own solo comic book series.

Like Peter Parker, she has enhanced strength and the ability to swing herself off of tall buildings, but her spider (or silk) sense is much keener. Unlike Peter Parker, when bitten, she leaves everyone she loves behind for their own safety, locking herself in a bunker for a decade to protect herself from creatures who literally want to eat her. Cindy’s story therefore begins as she adjusts to a world that’s moved on without her, fighting crime whilst trying to find her missing family.

In both cinematic and comic worlds where Uncle Ben has been shot countless times, and seems to be the only character to actually stay dead, Cindy’s story is refreshing. Whilst she shares many initial commonalities with Peter Parker, her journey deals with different issues, including how to deal with anger and isolation, how to re-learn people, and how to live in the present without being consumed by the past.

Most importantly, not once is her race exoticised or her culture mocked – they are intrinsic parts of her but they are not her sole defining qualities.

The inclusion of Cindy’s story would therefore be a chance for film studios like Marvel to portray an Asian female superhero that Asians would be proud to have represent them. Even a cameo from a character called Cindy Moon to hint at a potential solo film or Netflix series would signal progress in diversity. Bryan Singer and Fox had their chance and failed when they overhyped and underused Jubilee (Lana Condor) in X-Men: Apocalypse. Here was a Chinese-American female character who already had a following, mostly due to her role as the entry point character in the classic X-Men nineties animated series. She’d never been sexualised for or by the male gaze, and her race had never been fetishized or misrepresented.

To many, Jubilee was and still is synonymous with the X-Men. So in cutting the majority of her scenes and not even having her introduce herself or use her powers, Fox not only disappointed many fans, but deprived Asians of a relatable Asian female teenage superhero. As such, introducing Cindy Moon in Spider-Man: Homecoming, would be an even bigger push for more diversity – because representation? It matters. 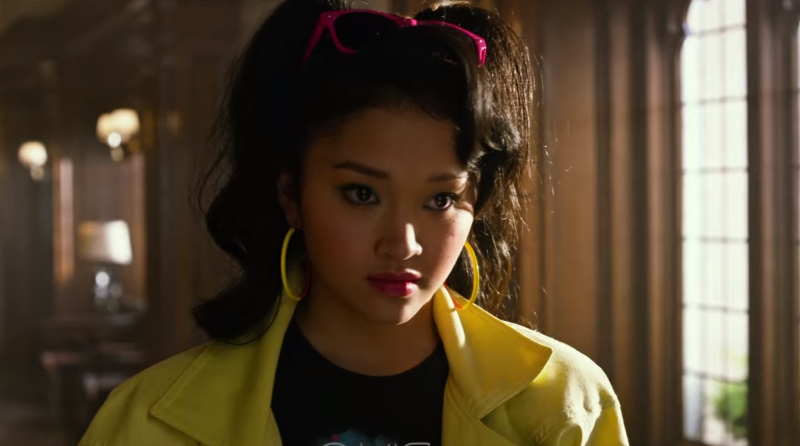 Representation matters especially when Asian female roles, as of late, have become a bastardised amalgamation of the two most pervasive East and South East Asian female stereotypes in Hollywood: that of the scheming, hyper-sexual Dragon Lady, and the submissive Lotus Blossom.

Examples of the former include many of Anna May Wong’s roles, and the latter is synonymous with the character Butterfly in Puccini’s Madama Butterfly, and her more contemporary iteration of Kim in Miss Saigon. Both highlight the perpetuation of the West’s construction of the East (that seems to exist in Western minds as being one homogeneous entity) as mystical and exotic: as Other. They also underline how this Othering is a form of dominance by the Western lens of Hollywood, for to define is to control, and to control is to limit the truth. 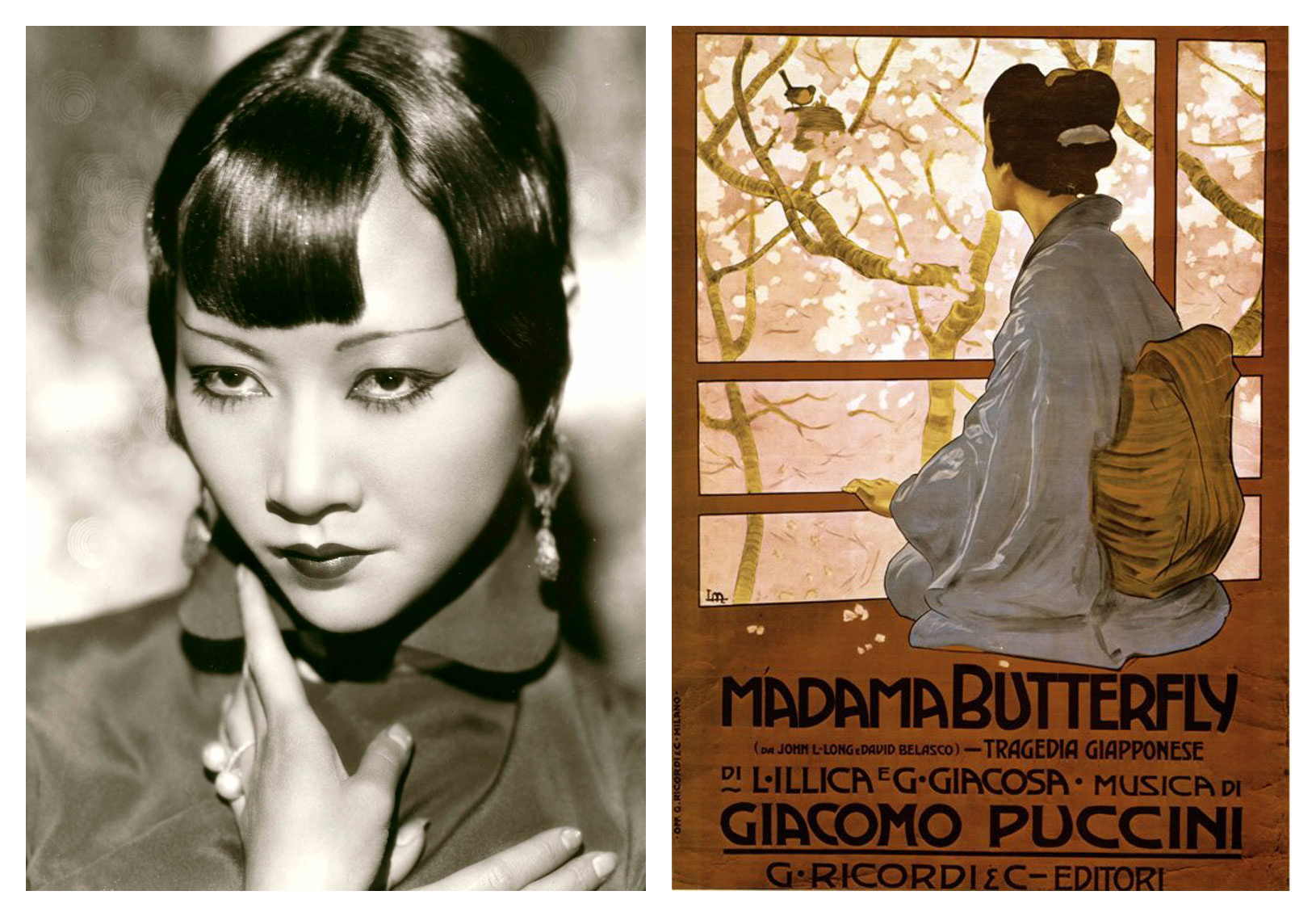 Anna May Wong and ‘Madama Butterfly’

Coupled with the connotations of what it means to be a superhero, the combination of these stereotypes present Asian women as paradoxically more and less than human: sexy enough to be desired, but too sexual to be a romantic interest, skilled enough in martial arts to be intimidating, but also machine-like and emotionless.

This means that, sadly, it’s no surprise when in X-Men: Apocalypse, Psylocke (Olivia Munn), one of the most powerful mutants ever, has no other function as a minion other than to fly towards the audience in a wedgie-inducing one-piece, swinging her psionic blade; or when it’s made abundantly clear through meagre screen time and lines, that Suicide Squad’s Katana (Karen Fukuhara) is only there to protect her white superior. Both women are weapons to be used by others: they are objects, their lives expendable as they are not their own. 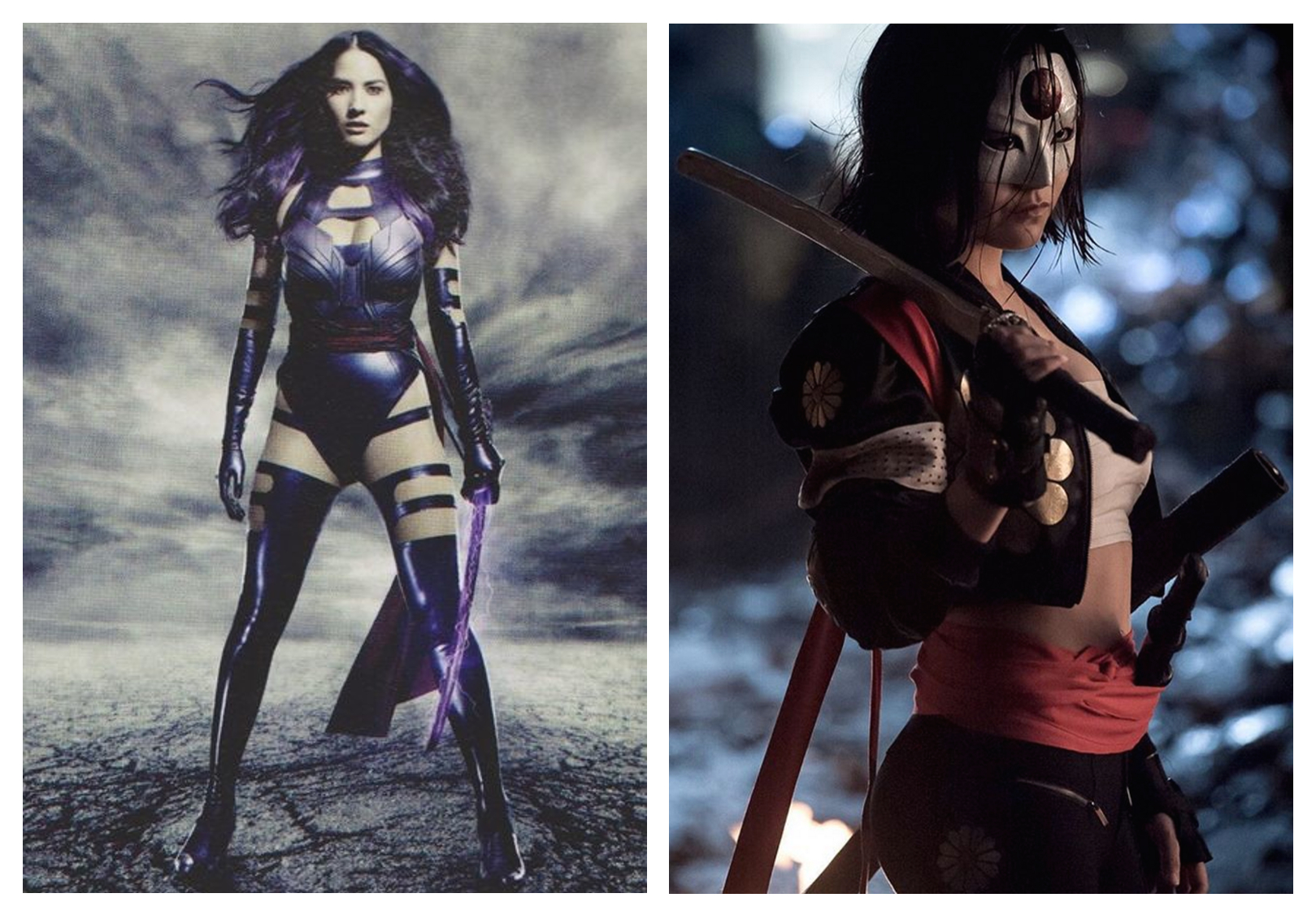 Psylocke in ‘X-Men: Apocalypse’ and Katana in ‘Suicide Squad’

These filmic depictions of Asian female superheroes, are just the latest stereotypical constructs that follow a precedent not only set in Hollywood, but in comics themselves.

Psylocke’s impractical, objectifying costume is not only taken straight from the pages of Marvel’s comics, but her origin itself is particularly disturbing, for she initially exists as the very white Elizabeth “Betsy” Braddock, whose consciousness is placed in the body of Japanese ninja assassin, Kwannon. Whilst Kwannon-in-Betsy’s-body dies soon after, Betsy Braddock lives on as an upper-class white woman in the body of an Asian one.

This strange version of yellowface reeks of colonial undertones, as the Asian body is relegated to being a thing that is improved by the white mind. And it isn’t helped by the constant sexualisation of Psylocke’s Japanese body, one that is firmly entrenched in racial Othering. Similarly, Katana, or Tatsu Yamashiro, is mainly defined by the fact that she’s Japanese which means, of course, that she’s a martial arts master and versed in the ways of the samurai. And if her being Japanese wasn’t clear enough, the most recent versions of her costume have incorporated the Japanese flag emblazoned across her forehead. Even her previous costumes were red and gold variations on samurai uniforms, because nothing says “I am the most Japanese of the Japanese!” quite like that does. Katana only exists as a warrior – and in Suicide Squad she isn’t even her own warrior but someone else’s. When these are the types of Asian female superheroes that are presented by Hollywood, is it any wonder that Asians are unhappy with how they are portrayed?

With an already diverse cast and extras, and a consistency in accurately representing Peter Parker’s home of Queens as well as high schools around the world, Spider-Man: Homecoming has the potential to continue to move beyond the stereotypical interpretations studios are so fond of, by including a character like Cindy Moon. Her role, and the possibility of her headlining something on the big or small screen, would be an exciting advancement in championing for more diversity.

Because it’s time for Asian female superheroes to be seen as characters in their own right instead of plot devices or tokens, and for their races and cultures to not be used to objectify them.

The sheer scope of issues within Western media concerning the lack of diversity, means that introducing Cindy Moon in such a wildly popular franchise like the Spider-Man one would not be a blanket solution to Hollywood’s problematic representations of Asian female superheroes – but it would be a step in the right direction.