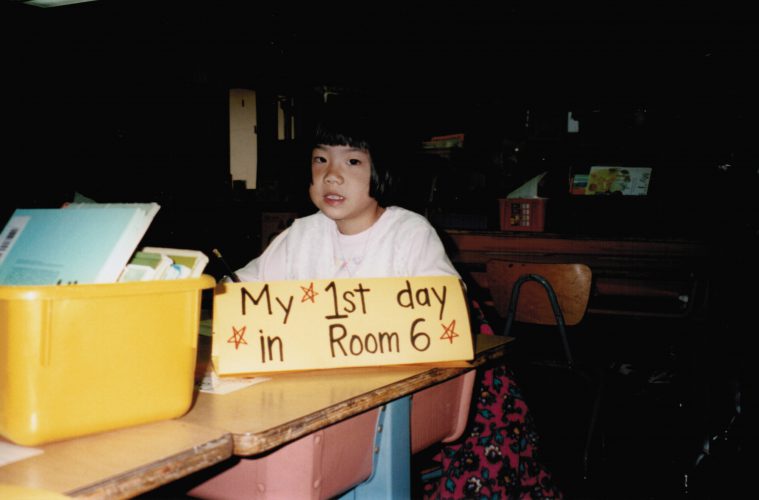 "I chased the American dream, only to lose my voice."

I was six when America stole my mother tongue from me.

It was 1996 and I had just started first grade. “Your daughter needs speech therapy,” teachers said to my parents. “Her English is not good. She needs to lose her accent.”

My parents came to America as refugees, leaving behind war and poverty in their homeland. They rented a small, two-bedroom house in Hayward, California, and I came along in 1990. As their first-born daughter, my parents unconsciously placed their hopes and dreams onto me. They wanted me to be successful, to have opportunities that they could not have back in Vietnam. Although America was new to them, they were not naïve. They knew that for me to be successful in America, I had to learn English. I had to be assertive and articulate—I had to become American. They made a choice, not realizing the consequences that it would have on me well into adulthood.

My parents enrolled me in speech therapy at school and stopped speaking Cantonese at home. My dad spoke to me in English and my mom in Chinglish.

I started seeing a speech therapist every week at school. Each Tuesday afternoon, Mrs. Weller would collect me from class and walk me to her office, a small room no larger than a janitor’s closet in the school’s administrative wing. A rainbow banner of the alphabet ran across all four walls. For an hour every week, we would practice pronouncing foreign sounds. I learned to curl my tongue to form L. Tree became three and eye-cream became ice cream. I sat there with my bowl haircut and matching pink sweat suit that my mom bought me from Walmart, feeling small as Mrs. Weller flashed me card after card, trying to evoke unnatural sounds from my mouth.

With each session, I lost my accent. Foreign sounds became familiar to me, and sounds once familiar became foreign and strange on my tongue. At home, I stopped speaking Cantonese with my parents and grandparents, only replying back in English. Under Mrs. Weller’s instructions, my English developed and my Cantonese remained stunted. Cantonese became a memory, retreating to a distant corner in my mind.

Slowly and deliberately, America carved out my mother tongue from my mouth until I couldn’t speak.

America forced me to swallow foreign sounds and words, shaping my voice into something that was not mine. I began to think that my true voice—what I thought or had to say—was not good enough. Self-doubt and fear wrapped around my throat, choking me into silence.

This silence followed me from childhood to adolescence. While kids bounced balls and swung from the monkey bars, I walked the playground alone, friendless. Teachers called on me, expecting correct answers because of my Asian face, but instead received silence. I became what my parents didn’t want me to become: the quiet Asian girl.

Casey with both her maternal and paternal grandmothers.

“Why are you so quiet?” people ask me. They think my quietness or perceived submission is inherent or a value that is taught to me because of my culture or my “Asianness”. I would argue that my silence is a product of assimilation.

In a country that sees me as “Oriental”, exotic, the model minority, a foreigner—all of that—what choice did my parents have? What choice did I have? In order to survive in America, I learned English. And in order to learn English, I cut out my mother tongue—by the choice of others or my own, I am not entirely sure.

I chased the American dream, only to lose my voice.

It wasn’t until the age of sixteen that I found my voice again. It was the beginning of my sophomore year of high school and I had chosen journalism as my elective class. Up until then, I only wrote for myself, never sharing my writing with an audience. In the first weeks of school, I anxiously wrote my first feature story on the school’s Vietnamese club. It wasn’t hard-hitting journalism, but it was a start in finding my voice.

Mrs. Popper, my journalism teacher, encouraged me to write and to use my voice. “Journalism is activism,” she told me. Writing became both activism and healing for me. I strung words into sentences, weaving them into stories about community struggle and community love. Through writing, I was able to break the silence that had haunted me for most of my life.

In 2014, I visited Hong Kong for the first time, where the sounds of my mother tongue were abundant. I walked the crowded streets and ventured into Sasa makeup stores and chaotic dim sum restaurants. On my last night in Hong Kong, my grandma’s ghost visited me. In my dream, she spoke to me in Cantonese, calling me to dinner. In between spoonsful of congee, I conversed with her in my mother tongue. I had found my voice.

America seeded the self-doubt that silenced me for most of my life. But I am done being silent. In my turbulent twenties, I am trying to meet silence with resilience, reclaiming my voice through writing and storytelling.