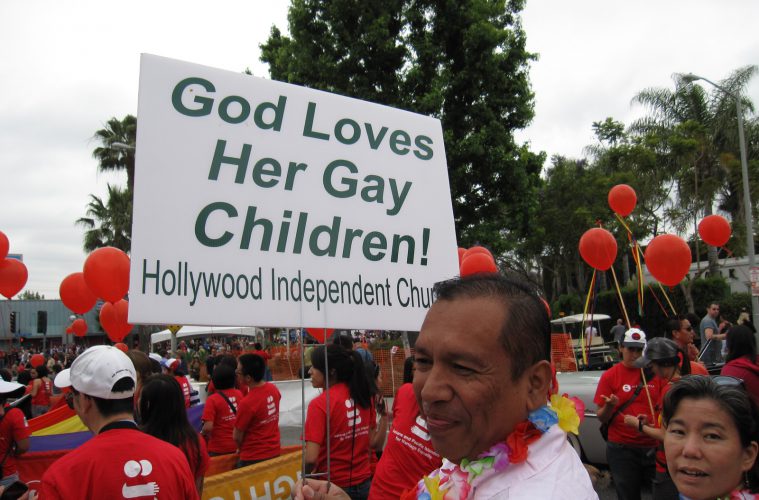 FEATURE: East Asian attitudes to homosexuality in comparison to the West

Just how vocal is the gay community in the East?

Glitter seems to be raining down from above us. A guy in sunglasses and not much else leans over the railing of the balcony to serenade the crowd below with a rendition of Katy Perry’s “and you’re gonna hear me roar!” This unassuming suburban road of terrace houses has for one day become the venue for a rainbow riot of love. On this weekend every year, for the last twenty-four years, this street in Brighton has witnessed parades, parties and excessive drinking all in the name of being gay and proud. This is Brighton Pride, a huge public celebration of sexuality and individuality. A rainbow tidal wave floods the seaside town with the sense that it is a progressive, accepting and liberal corner of the world. Though how does this idea stand up in comparison to East Asia?

Attitudes towards homosexuality in East Asia are comparatively silent, and characterised by invisibility.

There is no loud public gay culture as men are resistant to “come out”. This may be partly due to East Asia’s more conservative culture. Homosexuality has never been condemned by any East Asian religion or school of thought, it is appreciated as a natural occurrence. Hate crime, bullying and attacks by religious fanatics are not something to worry about in China or Japan. However, there are huge pressures to continue the family name and have children. Many East Asians have to choose between denying their sexuality or disappointing their families. Gay marriage is still illegal.

In the West gay identity has an exciting vibrant culture which is unashamedly loud in both its fashion, music and attitude. Gay rights are on the agenda, with same-sex marriage now legal in all 50 US States. Progress in adoptions rights means more gay couples have the option to start families. However, the hate crimes, intolerance, bullying and religious damnation is still sadly something Gay individuals deal with.

Western culture looks to promote the LGBT community through exhibitionism, making loud individual proclamations of rights, identity and sexuality. East Asia’s lack of enthusiasm to do so is seen as a concern.

One explanation is that Gay Pride events are not popular in East Asia because they are a cultural misfit.

East Asia’s pride events have only recently starting to emerge in the international cities of Shanghai, Hong Kong, and Tokyo. In Tokyo Japan, making a fuss in public, even talking on public transport, is deemed very inappropriate. So it is amazing that 70,000 people this year took to the streets of Tokyo in its Rainbow pride event. In China authorities have cracked down on the LGBT Shanghai event, allowing it to only occur in private venues.

When in China I asked a student at Shanghai University about his views on homosexuality, his response was “I don’t have any gay friends, I have never met anyone gay”.  In both China and Japan, very few gay people are ‘out’. David Brooks argues that traditionally Asian identity is built more on being part of a collective a group, assimilating each other. There is a much greater pressure to assimilate, difference from the norm can be problematic. Though there is also the argument that East Asians, in general, are more private about sexuality in general.

Walking down the streets of Soho you are encouraged to champion your own sexuality, whether is be gay, straight, or somewhere in-between. Nightclubs and sex shops promote sexuality in all its shapes and sizes.

One young Japanese student wrote “why should people have to say they’re gay? I’m straight but I’ve never made a declaration about it”.

Frank Marci observed that “In China, they don’t celebrate sexuality, they don’t discuss it, and they certainly don’t disclose It”. Sexuality is not such a big part of your public identity in East Asia and is taboo to discuss. 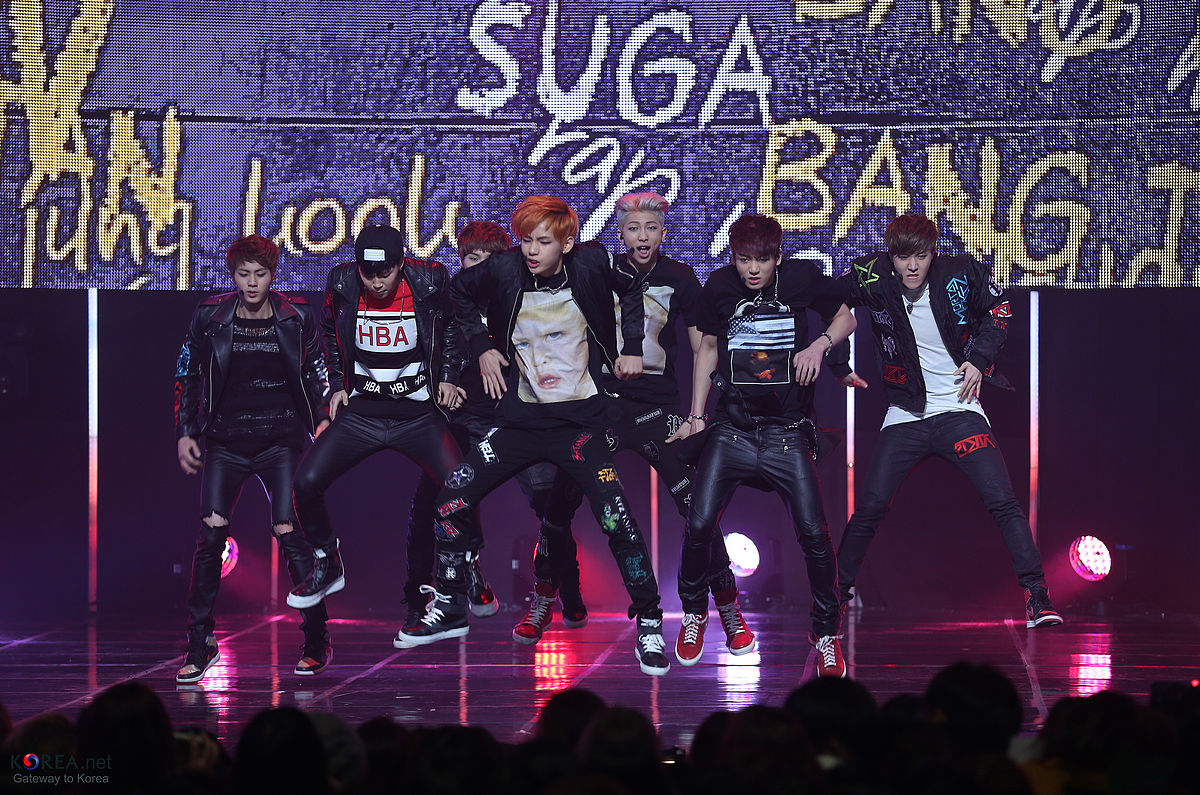 “the way in which a lot of the men acted dancing together (like choreographed dancing), their dress sense, almost everything if we weren’t in China I would assume they were gay” British Expat Beijing

Western understanding of what is typically gay or camp cannot accurately be applied to Asian cultures. An English friend living in Beijing wrote to me saying”! it’s almost like everything about being stereotypically ‘gay’ is acceptable apart from being gay itself”. Apparently knowing the single ladies choreography and flaunting a brave shade of chiffon shirt is not seen as effeminate in the way it would be interpreted in the West. This means there are less visible ways for gay Chinese men to publicly flaunt their identity and gain autonomy, they can’t mimic the western model.

In Japan, the only visible gay identity is “Onee”. One Japanese student explains “People who look like men but on the inside are women, are called Onee on TV. They’re popular entertainers. It seems like every TV program has one Onee”. These celebrities are often caricatures that lump the understanding of transgender and gay together. Men in japan are scared of coming out because they fear they may be labelled as transgender, which they personally cannot identify with. A British expat in Japan recounts talking in a high pitch voice when playing with children and being taunted “you want to be a girl don’t you?”. A Japanese man recounted “If you come out as gay, people will assume I’m female on the inside, that I am interested in cross-dressing, and would consider a sex change”.

Young people in East Asia feel an enormous pressure to pass on their family name, to keep the family legacy alive.

Breaking that tradition could bring a lot of shame and disappointment. Reading personal accounts, many gay people get into sham marriages to save face, denying their sexuality and marrying the opposite sex to keep their parents happy. The worst thing in the Chinese ethical system is to not have children. With a lack of welfare system to support the elderly, parents depend totally on the care and income of their children.  Gay individuals have a sense that living as openly gay is selfish and not paying respect to their family. It is also financially risky, as children in China are their parent’s pension fund.

Foreigners get grouped into a category of outsiders, so nobody would care about their sexual orientation. East Asia is very safe for openly gay individuals, in every international Asian city there is gay scene. One gay neighbourhood in Tokyo has nearly 300 gay bars, and illegibly 400 gay businesses, including bathhouses and video stores. Asian gay nightlife is designed around tourist and expats. In Hong Kong, a British tourists explained there were two nightclub’s on Hong Kong island but local men didn’t go there as homosexuality was still taboo.

‘Go ahead and be gay, as long as you don’t trouble anyone’ sums up East Asian mentality. Homosexuality is not seen as problematic unless it is within the immediate family. China and Japan have historically never demonised homosexuality in the way the western world has. Homosexuality has never been seen as a vice in East Asian.

China and Japan existed for thousands of year as Buddhist countries that accepted homosexual acts as a natural element of life.

In ancient Japan, Samurais would engage in ritualised homosexual relationships with their young male apprentice as a way to entrench kinship. Imperial Chinese artwork and poetry openly documents homosexual acts as a part of life. 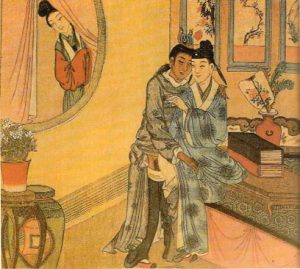 Though the Western world is characterised by extremes. America legalised Gay Marriage in June 2015, but in June 2016 America witnessed the deadliest attack on the LGBT community in modern history, the Orlando Massacre, leaving 49 patrons of the Gay Nightclub dead. In 2000 Ronald Gay opened fire on a gay bar in Virginia, proclaiming himself as a “Christian Soldier working for my Lord”.

The west has a Christian context of understanding the world and the idea homosexuality is a vice is something that still affects the way people talk about being gay. An Australian friend growing up in the 90’s wrote that gay was seen as synonymous with bad. “Rainy weather is gay. Homework is gay. The worst thing you could be, as a human being, was quite literally gay…If you really want to offend someone, all you had to do was accuse them of being a homosexual”. Though In Asia homosexuality is not in the public consciousness in the same way. Gay issues hide below the surface. Gay individuals don’t feel the urge to declare their sexuality to friends and acquaintances in the way there is pressure to in the West.

Homophobia in the east can be seen to some extent to be imported from the west.

Singapore still criminalises homosexual acts in its sodomy law that was instated under British rule. Since the early 19th century missionaries began arriving from Europe, their “civilising missions” trying to change East Asian’s tolerance to homosexuality.

Now as the West is proactively looking to move away from its homophobic past, it is starting to judge East Asia on its lack of progression in gay rights. The generalisation is made that East Asia is not as progressive as the Western world on gay issues, which is just another example of placing a Western model onto Asian culture.

There are allot of inequalities and prejudices to be solved surrounding homosexuality but they cannot be resolved in exactly the same way in the context of two very different cultures.