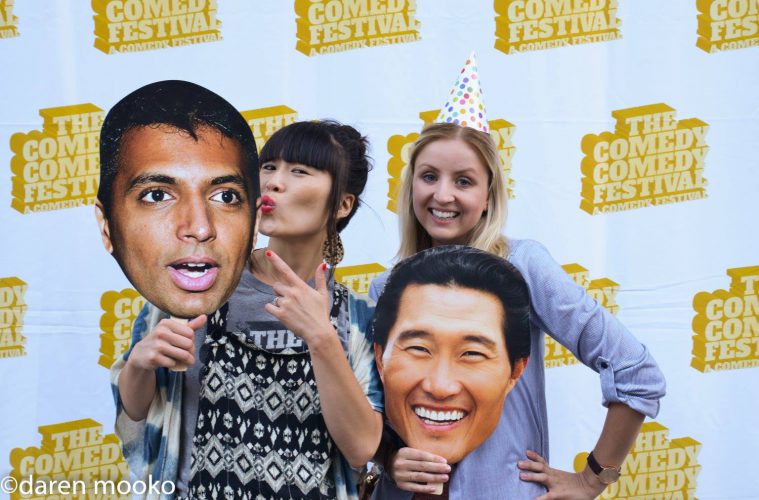 FEATURE: The Comedy Comedy Festival Killed It – In A Good Way

The Comedy Comedy Fest: A Comedy Festival in Little Tokyo, Los Angeles this past weekend brought laughs, tears, and voices we want to hear more from in comedy and entertainment.

The Comedy Comedy Fest was no doubt full of laughs and good times. But what you don’t expect in this 4-day festival is a warm community of performers, comedians and creatives who want to uplift and share their stories.

I attended shows during days 3 and 4 of the comedy festival at the Japanese American Cultural and Community Center in Little Tokyo. Sure, the majority of the 100+ performers were part of the Asian American/Pacific Islander (AAPI) community. And yes, it took place in Little Tokyo. But that doesn’t mean the title of the festival had to be obtuse. As festival founder Jenny Yang said while introducing a show, “If you didn’t know from the line up…you know now”. The primarily AAPI crowd came to support their hardworking friends and colleagues who face and challenge Hollywood’s tendency to whitewash Asian Americans out.

Although Comedy Comedy Fest is only in its sophomore year, the performers brought their expertise from across Southern California and the US. The festival used two stages: the intimate Garden Room adjacent to the lush Japanese garden and the grand 800-seat Aratani Theatre for headlining shows. As the festival expands, I imagine that they’ll be able to feature more shows in the exquisite theater. 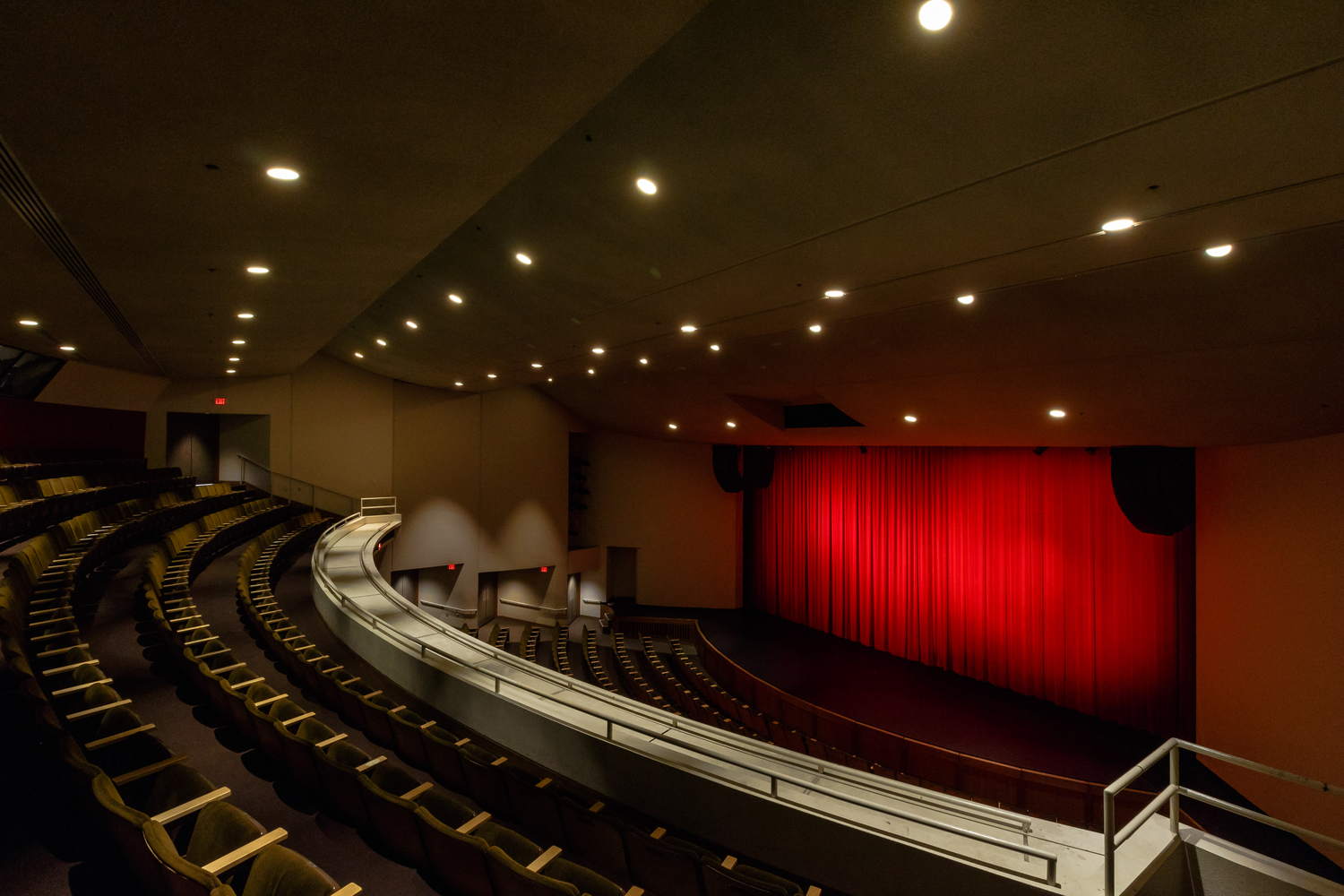 Through the four days, stand-up comedians, improv groups, sketch comedians, actors, activists, literary artists, podcasters, and more performed in the thirteen shows. The tickets for the shows were an accessible price of $10 each. And, for most of the shows, there was beer, soju and wine available for purchase. I saw a wide age range at the festival: teenagers (at the Brutally Honest 16+ show) and young 20-30 somethings to mature couples. Even with the multi-generational crowd, they were enthusiastic for the performers, no matter how adult the content became. It’s comedy: everyone came to have a laugh!

Overall, the weekend festival was a marvelous array of comedic talent from all walks of life. They were the warmest rooms to share stories and one of the most inclusive shows I have attended. The sense of community was so strong, it was almost effervescent. Alison De La Cruz, JACCC’s Director of Performing Arts & Community Engagement, iterated that this festival was much like an experiment: to see if the community will come and support AAPI performers and comics. And as I saw over the weekend, it was the proof that this was true. For the Disoriented Comedy show Saturday night, the Aratani Theatre was filled with over 500 eager attendees–including Dr. Ken’s Albert Tsai. The ISAtv set, which featured John Cho as special monologist, was completely sold out. And for a few of the other shows, the performers couldn’t even grab a seat in the audience. It really shows the strength of the community and how they will support and propel great talent to the mainstream.

Below is a recap of a few shows I was able to check out. Many of the programs were centered along a theme, as curated by the sponsor or producer. Some are reoccurring shows that are older than the festival itself, as denoted by their anniversary. 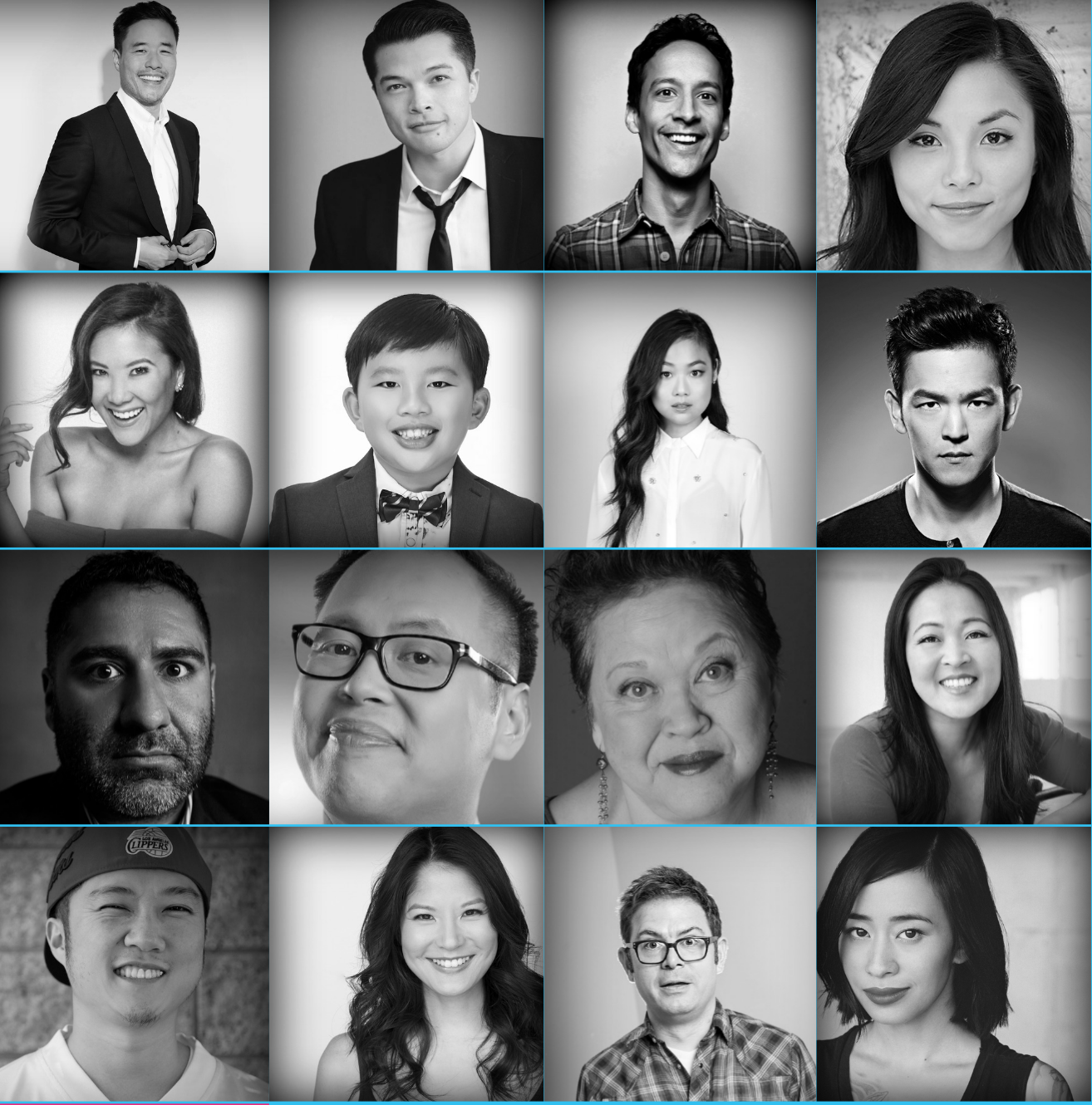 Disoriented Comedy, the “first ever (mostly) female Asian-American stand-up comedy tour”, were showcased along with some very special guests. With Atsuko Okatsuka as MC, her Disoriented colleagues Jenny Yang, D’Lo, and Yola Lu all performed great sets. Jenny talked about becoming too Hollywood, D’Lo about getting too turned up to Ginuwine’s “Pony” at his wedding and Yola about her fat-shaming family. Randall Park, from ABC’s Fresh Off the Boat, provided some entertaining readings of raps he wrote during his college years. And Sheng Wang closed the show strong for the audience in raucous laughter.

Sponsored by Kaba Modern, the variety show included not just stand-up but improv and sketch comedy too. This high energy set welcomed a poet and a choreographer to take their first stabs at stand-up comedy. It followed with the group Room to Improv, who worked at break-neck speed to entertain. Golden Hour, an iO West based sketch group, offered a sketch of Chaplin-esque humor. And Cynthia Kao and friends provided topical sketches about society today. My favorite was one about all the new dating apps and how ridiculous they have become.

Centered around TBS’ comedy Wrecked, this program began with some stand-up, improv from the group Miss Golightly, and finished with a frank discussion about breaking into the entertainment industry and working in Hollywood as an AAPI. It was an insightful and encouraging panel for young creatives and those who aspire to get into the entertainment industry. Each of the panelists–Jen Kim, Ally Maki, Ravi Patel and Asif Ali–had different pathways into comedy and entertainment, so they know that it takes being in all aspects of the industry to permeate. As more AAPIs move up, this opens more doors for more AAPIs to join, create and share their voice.

Hosted by the YouTube star and stand-up comedian Anna Akana, this program featured real and personal stories from a variety of performers, with many being LGBTQ. In the cozy Garden Room at 8:30 on Sunday night, it felt almost like a slumber party where everyone divulged their darkest secrets. Some of the humor did get pretty dark, but it is the Brutally Honest show. Comedians got real about relationships, dating, coming out, having unconvincing (but real) accents, transitioning, and facing somewhat favorable discrimination. It was a hilarious set that had me gasping, laughing out and even covering my blushing face.

If you want to learn more about the festival and sign up for their e-newsletter, check out the festival’s website. You can see event photos, full performer lists and their social media accounts. Or check out my coverage (and others’) on Twitter through the hashtag #ComedyComedyFest.