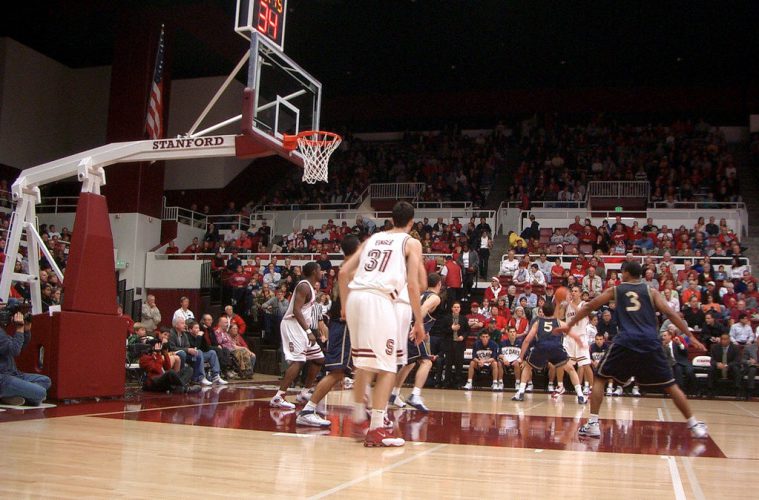 FEATURE: Why is basketball such a big sport in China, despite their average height?

Basketball is synonymous with height. If you’re blessed with height, the sport that you’re instantly tied to is basketball. The closer your reach is to the hoop, the more valuable you are to the team. Nevertheless, with over 300 million people playing basketball in China, basketball remains the most popular sport in the mainland. Where did this passion derive from and why does it exist?

Firstly, let’s take a look at the statistics. Whilst one of NBA’s tallest players is from China, the average height of Chinese people is over one foot shorter than that of the average NBA player. Yao Ming comes in at a whopping 7 ft 6 in, but the average height in China remains low, at 5’6. Sports Management Degree Hub listed the average height of NBA players between 1985-2006 at 6’7, which is significantly higher than that of China’s. Despite this, Forbes claims that 300 million people in China play basketball, which is roughly equivalent to the entire population of the US alone. Indeed, those who have visited China will attest to the fact that there is an overwhelming abundance of basketball courts scattered around China’s urban cities. As random as these ubiquitous basketball courts may seem, they reflect the die-hard passion China has for the quintessentially American sport.

Other sports that are associated with China are of course badminton and table tennis. However, these sports neither carry the fan base nor galvanising interest that matches that of basketball. From an early age, children in China are exposed to the team sport and unlike those in the west who have a diverse selection of team sports to choose from (football, hockey, baseball, rugby etc), basketball is the default option. One of the reasons that field sports are discounted at school is that many urban schools in China do not have access to fields where sports can be played. Basketball’s minimal requirements of flat concrete and erected hoops are more suited for schools. However, one can argue that many city schools in Europe also only have access to concrete, but do not embrace basketball as passionately as the Chinese.

Indeed, despite the UK’s love for sports, its passion for football and rugby remains unparalleled compared to that of basketball. This would allude to the history of British sports, with football being at the forefront of their sporting culture. Thereby, we must equally consider the history of basketball in China.

YMCA missionaries brought basketball to China over a century ago, shortly after the game’s invention in 1891. Introduced as a communal sport, basketball was embraced by schools, college and even the military. Communist soldiers and officers were known to play basketball during the Long March in 1930 to conjure up a sense of solidarity that was integral to the court as well as the spirit of the military. Even Mao, who purposefully pursued the destruction of culture, including music, novels and films, could not destroy the Chinese passion for basketball. Youths who were stripped of their cultural diversity still pursued their interest in basketball by setting up makeshift courts in their neighbourhood. Teenagers during the Cultural Revolution were limited in pastimes and basketball, which encompassed comradery and ultimately good fun, was their answer.

The People’s Liberation Army used slogans including ‘Boost National Image’ and ‘Friendship First, Competition Second’ that were integral to basketball developing as the most popular pastime of the soldiers. Military hierarchies were broken into leagues, with regular tournaments between the teams. Whether you see it as this passion for basketball seeping into the military from society or the other way around, it is clear that basketball quickly became an important part of Chinese culture.

The one child policy that deprives children at that time of any siblings meant that children had to resort to communal activities to emulate a similar kind of relationship with their peers. Basketball once again proved to be the perfect solution. Unlike badminton or ping-pong, basketball fundamentally requires teamwork. Indeed, those who have been exposed to relationships amongst friends in China will attest to the fact that friendship is highly valued to the extent of an extended family. Many consider their dearest friends as their brothers and sisters and confusingly for westerners, even call them brother or sister. As a result, doing things together is important in Chinese culture, so it is unsurprising that team sports are so popular.

In 1987, the US gave broadcasting rights to China that allowed China follow NBA. With almost 100 years of history that had basketball heavily embedded in it, by the time China was exposed to the NBA, it is unsurprising that Chinese culture was drawn to the NBA. Up until 1987, the Chinese were not exposed to basketball heroes to aspire to. The NBA quickly provided a wealth of basketball stars to which the Chinese looked up to, with Lebron James, Kobe Bryant and Kevin Garnett naturally becoming household names. Consequently, when Yao Ming broke into the west, China, who prise themselves on nationalism, understandably went crazy for him.

Basketball has historically provided the Chinese with a sense of comradery, spirit and family. Over the years, the sport has embedded itself deeper and deeper within Chinese culture to the extent of a fan base that exceeds 450 million. Despite their average height, the Chinese inherently embrace basketball and will continue to do so for the foreseeable future.