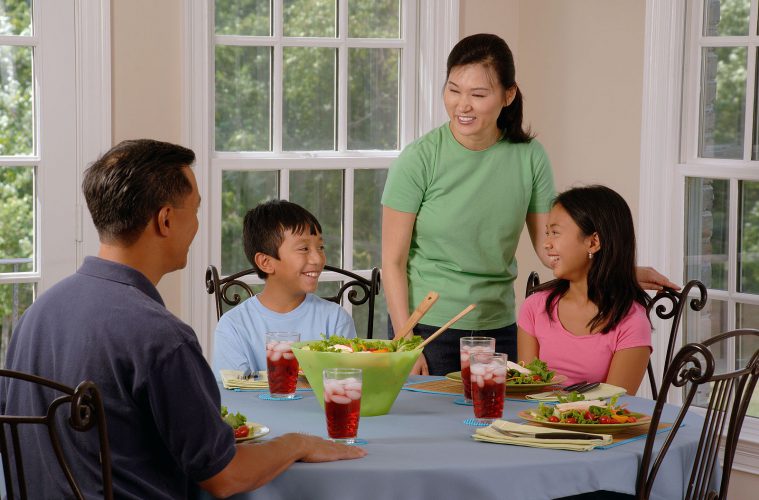 In my short (or long depending on your view) time roaming the earth I have learnt a few cardinal rules about people and life in general.

One, never comment on a pregnant woman’s appearance because a) she doesn’t appreciate it, b) she might not be actually be pregnant, c) its none of your business anyway, get your own house in order first.

For reasons not dissimilar to why one shouldn’t comment on a pregnant woman’s psychic, adding your two cents worth to someone’s parenting styles is a just a big no, no.

But alas, just like the weather everyone seems to have an opinion on the issue, whether they are themselves parents or not.

For me, parenthood isn’t imminent, but I’ve always imagined myself to be a loving and supporting mother, in the same way that my parents were to my sister and I.

My folks are what I would describe as ‘cradle to grave’ parents, no matter how old I am they will always treat me as a little girl, even if I’m living on the other side of the global they want to know whether I’ve eaten breakfast/dinner and whether I am warm enough. Little things, which prove to me they have my back no matter when, no matter what.

I suppose that’s what annoyed me the most when the phrase ‘tiger mum’ came into the lexicon and gave all the bigot’s more ammunition than they already have to put us in a box as it were.

‘Tiger mum’ (mom, mother) was a phrase used by Yale Professor Amy Chua to describe her parenting style towards her two children.

For Chua, the tiger mum, is the strict parent who banned their children from television, computer games, sleepovers and choosing their own extra-curricular activities, instead the children were to focus on their studies and receiving straight A’s and learn to play the piano or violin.

Chua makes note that this is not confined to the Chinese (or Asian) parenting style but is the way many Chinese bring up their children.

Just in those short paragraphs themselves there so many aspects to discuss.

My sister and I took private piano lessons when we were in primary school, but when we moved to another school we stopped taking lessons, primarily because we weren’t interested in it but also because the new school didn’t offer a similar programme.

I never thought much of our experience, until we were much older and made to feel as though this experience is some kind of stereotype (like “That’s sooooo Asian”). This phenomenon in itself has always surprised me because our piano teacher was a westerner (so why is okay that she can play the piano?). And what’s more is that aside from those who want to join the symphony orchestra, there are probably only a handful of instruments, which everyday people learn. I have yet to hear a child learning to play the harp (but I would love to know someone who can play the harp because it’s a very beautiful instrument).

Next comes this supposed universal expectation that every Chinese child is expected to get straight A’s in every subject, like there are some factories in the middle of the motherland churning these poor kids out. A quick glance at the Chinese people I know, and I can tell you that’s not the case. While a substantial number of the younger generation – the children – are doing ‘well,’ there are others who have found success and happiness outside of the typical professions. Yes, there are some of us who are not doctors, accountants or scientists – shock horror. And yes, we are happy.

Then of course there is the notion of ‘tiger’ being some kind of motif for everything Chinese. I know there’s a film out there by the name of ‘Crouching Tiger, Hidden Dragon’ but seriously? Ever since this phrase was coined anything related to a Chinese person has some how been linked to tigerness in the media.

But I digress. My next point is this notion that Western parents – I used this term loosely because it’s very restrictive, as if someone can’t be both – don’t care about academic success or do not enroll their children to extra-curricular courses, which of course is also another gross generalisation.

I remember very distinctly when I took tennis lessons (by choice) with a group of my friends, on this one particular occasion playing in the next court next to us was someone I would deem a child prodigy. Not yet the height of the net and only about 4-5 years old, this child was hitting the ball back and forth at the coach and having short rallies with their coach. I remember at the time admiring the skills of this child, as someone in my early years of high school, wishing that I had learnt to play tennis at a young age and be as good as this child. Never once did it occur to me that this child must have been forced into playing tennis and perhaps deep down was not enjoying it at all.

Whether this child was playing tennis by their own choice and actually enjoying themselves we will never know, but this experience led to a few insights and reflections.

First, this child, being the age that they were, was unlikely to have been the one who suggested themselves that they wanted to take tennis lessons i.e their (non Chinese/Asian) parents made this decision and as far as we could see on the sidelines, it seemed to have worked out just fine.

Second, I learned from our coach that from very young ages coaches are able to identify whether children have natural ability, should they choose to excel further or even become professional tennis players. Hence, without parents enrolling their children into certain sports or other extra-curricular activities they may never discover they have such a talent. That is not to say that this has to be done at ages 4 to 5, but if suits the family then who are we to judge.

I also had a discussion with a good friend of mine about a similar subject, playing a musical instrument. My friend (non Chinese/Asian) learned to the play the guitar during high school and became very good at it. This led us to discuss whether we would encourage our own children to learn more things at a younger age. On my part, I spoke of how I tried to learn piano when I was younger (and other instruments at high school) but discovered I have no talent what so ever. My position at the time (and still is) that I would give my own children the same opportunity to learn instruments and extra-curricular activities including the piano (I’m not sold on the violin, I don’t really know the instrument well enough) and should we both discover that they do not enjoy it or don’t have the talent we would leave it at that.

I want to add that in a separate discussion I had with someone (who also has a Chinese background) before I wrote this article they relayed to me that their experiences going up were somewhat different from mine, in that when they informed their parents they did wish to partake in certain activities they were made to continue. This point is very important to include because it comes back to the point Chua herself made, which was that not all Chinese parents subscribe to this so called ‘tiger’ model but there are those who do. So while not all of us experienced this some have, just like on the flip side, while some of us experienced this, some of us didn’t. Not dissimilar to trends in the general population about different aspects of life in general.

To conclude I want to use some excerpts, which have been attributed to Chua from her book “Battle Hymn of the Tiger Mother.”

“There are all these new books out there portraying Asian mothers as scheming, callous, overdriven people indifferent to their kids’ true interests. For their part, many Chinese secretly believe that they care more about their children and are willing to sacrifice much more for them than Westerners, who seem perfectly content to let their children turn out badly. I think it’s a misunderstanding on both sides. All decent parents want to do what’s best for their children. The Chinese just have a totally different idea of how to do that.”

I particularly agree with her line that all decent parents what’s best for their children.

“Western parents try to respect their children’s individuality, encouraging them to pursue their true passions, supporting their choices, and providing positive reinforcement and a nurturing environment. By contrast, the Chinese believe that the best way to protect their children is by preparing them for the future, letting them see what they’re capable of, and arming them with skills, work habits and inner confidence that no one can ever take away,” she added.

In looking at this paragraph I would say my own childhood has been a mixture of both. My parents are no more or no less ‘Chinesey’ than others.

So does it really have to be mutually exclusive?