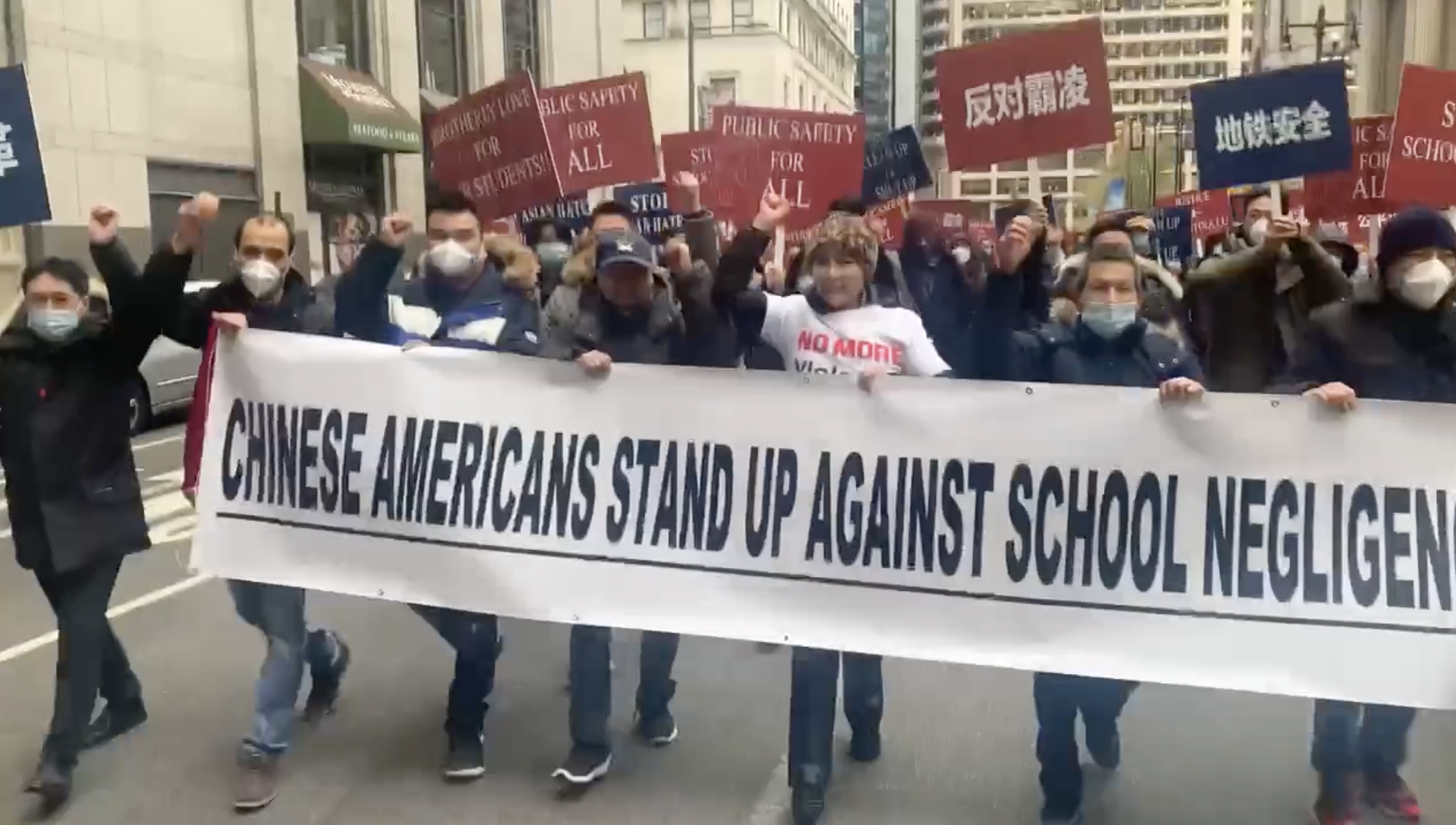 "We all want the same thing for our community: public safety in the City of Brotherly Love"

Hundreds gathered to rally on Tuesday in response to an attack on four Asian American high school students.

Christina Lu, 18, intervened by defending the boys was thrown to the floor by the girls who banged her head against the subway door and punched and kicked her.

Each perpetrator was charged with ethnic intimidation and aggravated assault. The group were charged as juveniles.

Speaking at the rally, Lu said , “our message is loud and clear — we must all come together, regardless of race, religion, or socio-economic status, because we all want the same thing for our community: public safety in the City of Brotherly Love.”

She added that the victims “were just scared kids,” and that she “only wanted to de-escalate the problem so that nobody would get hurt.”

John Chin, executive director of the Philadelphia Chinatown Development Corporation, called the attacks “a watershed moment” for the city.

Immediately following the attack, SEPTA police said it would be installing a police escort service for students at Olney station, but Alix Webb, a lead organizer for Asian Americans United in Philadelphia called for more long-term solutions.

“We don’t want solutions that are delivered at the expense of others, and that are a tool of white supremacy that perpetuate a cycle of violence and racial injustice,” said Webb.

Lu’s family organized a GoFundMe after the attack, which has raised over $750,000.