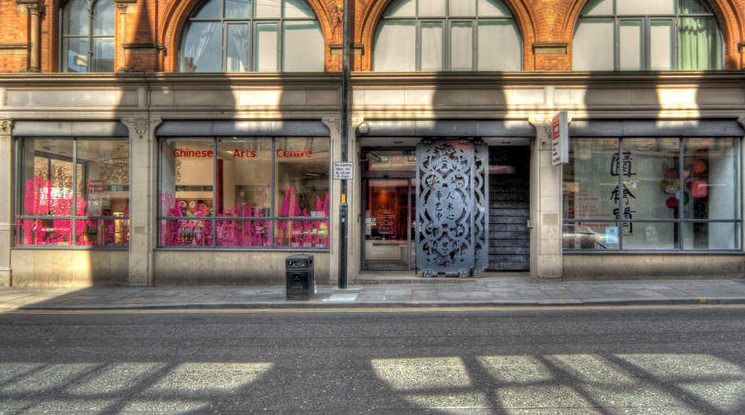 UK artists are calling for a “white-run” Chinese art gallery in Manchester to be defunded.

Manchester’s Centre for Chinese Contemporary Art (CFCCA) has been accused of having an “entrenched acceptance of racist attitudes”.

Seven artists of Chinese heritage, who were appointed by the CFCCA to transform the centre in September, are calling for the organisation to be defunded. The artists claim the organisation has a “current and [historical] culture of institutional racism”.

CFCCA had appointed the artists as part of its “revisioning” project after it was criticised for its lack of staff representation.

Jack Tan, an artist who was part of the working group, said the centre’s biggest problem was being run “entirely by white people.”

“Therefore it is the white gaze and the white gatekeeping of what is British Chinese culture in the UK,” he said.

“We were meant to be equal partners in reforming and revisioning the organisation but what we experienced was institutional racism through cancelling and avoidance and not being upfront about historic and very recent allegations of racist bullying by staff.”

The artists published a report on the CFCAA stating, “it has become clear to us that we are dealing with an organisation that dysfunctionally avoids, dodges and spins issues that need to be tackled honestly, directly and quickly.”

The report claims there is an “entrenched acceptance of racist attitudes” and also accuses a board member of saying “there were no qualified Chinese or curators/employees of colour in the job market”.

It says “exposure to this and other racially insensitive comments, behaviours or attitudes throughout this process caused us harm”.

The group is urging Arts Council England (ACE) to open an investigation into the CFCCA, and to stop funding “an institutionally racist and dysfunctional organisation and to repurpose their investment into the practices of east and south-east Asian artists”.

Over 700 people signed a petition started by the artists following the report.

Artist Gayle Chong Kwan also questioned the organisation’s charitable objectives. “I would say that there has been an erosion of trust in CFCCA as a charity over the years and a complete loss of faith in the last 18 months,” she said.

“In terms of governance CFCCA should have seen this coming but have grown complacent about meeting their legal, ethical and care responsibilities for the changing needs of the people and artists they serve, particularly in the light of current Covid anti-Chinese hate and violence.”

CFCCA has since said it is “reviewing and improving CFCCA’s recruitment procedures and are investigating alternative models of leadership, to address representation within the team at a senior level.”

In other news, Warner Brothers has come under fire for making Velma Asian American in their upcoming Scooby-Doo series.