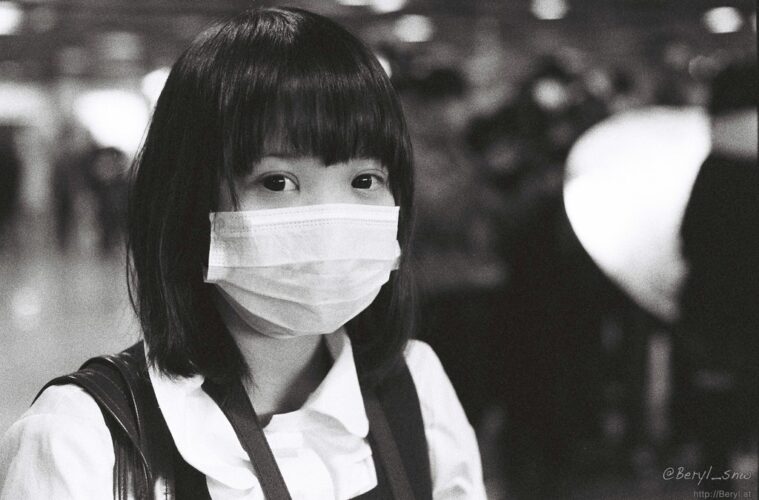 FEATURE: ‘Punched in the face because of my race’ – A Chinese student’s racist attack told in the first-person

"Fear was everywhere in my body"

Throughout the pandemic, racism towards East and Southeast Asians has worsened. In 2020, Metropolitan police figures revealed that between January and June they had recorded a total of 457 race-related crimes in London against people who defined themselves as Chinese or of “oriental” ethnicity.

Last year, in March alone, there were 34 racist crimes targeted at Chinese, compared to only 7 in 2019.

In April 2021, a 23-year-old Chinese university student was physically attacked by two white underaged girls in London. This story, as told to Cynthia Wei, is a glimpse into the victim’s feelings when faced with verbal and physical attacks.

The following is a first-person account of the incident and its aftermath told by the victim, who wishes to remain anonymous.

It took me a few seconds to realise what was happening. At first, it was just cursing and swearing from the two white girls, but then it became physical. I have never felt so powerless in my life.

I am a Chinese student living in London. I often take the tube to go about my daily life. Although I hate the smell of sweat pervading in carriages sometimes, I have never been scared to travel on public transportation before.

That evening around 7 pm, I got on the Central line to see a friend in Oxford Circus. When I stepped into the carriage, two white girls with a stroller beckoned me to sit opposite them.  I didn’t think twice about it as there were no other empty seats nearby. How could I have foreseen what was coming? As soon I had sat down, the two teenage girls started to pull faces at me, laughing and saying racist things. They called me ‘Coronavirus’ and mimicked Chinese sounds. I told them to stop, shocked and indignant.

My first instinct was to take out my phone to film them, as I didn’t want to be bullied for nothing. But they half-hid their faces and cursed louder. One girl, who I thought was no older than 16, even stood up and got very close to me, pointing her finger while name-calling me.

I remember sobbing at that point. The girl didn’t wear a face mask and I could feel her spit on my face. Other passengers looked on but none of them came forward to drag her away. Only a lady who was sitting near me had her arm in front of me, separating the rude girl. I felt appreciative towards the lady, but fear was everywhere in my body. I had no idea what she was going to do next.

Then, my stop came. I hurried away, but they also got off at the same time! I ran into them again at the exit. My first thought was, “Just go away please.” They saw me and I started to film again, warning them I would call the police if they came close to me. It was still during lockdown so there weren’t a lot of people around.

The next few minutes were a blur. I remember crying hysterically, calling for help from onlookers and asking them to contact the police, and more threats, curses and shouting from one of the girls. A few people noticed the commotion and looked on, filming the scene, but no one helped. I knew that I needed to do it myself. I stopped the recording to dial 999. But before I could, the girl with the stroller realised she was off camera and hit me in the eye.

The punch wasn’t very hard, so I didn’t feel much physical pain. But I felt immensely sad. I felt the coldness from passers-by, helplessness about my situation and horror at the girl’s viciousness.

Out of nowhere, two security guards showed up. I guess they were from a nearby store. I was choking with sobs so I couldn’t speak but I handed them my phone and finally, they called the police. The two girls ran away when they realised we were serious. We followed them, while keeping the police informed on the other end.

Unexpectedly, after only about seven minutes and walking around a few blocks, we heard helicopters buzzing above our heads, searching for these criminals. The police also arrived. There must have been about six cars. A policeman came to me and escorted me to one of them.

After what seemed like a lifetime, I finally felt safe and protected. I didn’t think the English police could arrive on the scene so fast. My eye didn’t hurt very much, although it was bruised and swollen. I was asked if I needed translation or a hospital. I said no. I showed them my videos and described the two women to them.  They found the suspects very quickly in a nearby street. I went with the police and immediately identified them.

The police circled them, trying to get them to admit their crime. I stayed in the police car, still crying, but I was feeling much better. A policewoman comforted me in the car, saying that international students were very welcome in the UK. She felt very sorry for me, and told me that these underage girls would go to court and suffer for the hate crime that they had committed.

I can still remember how the girl who punched me was fighting the police. She was howling and extremely violent. The police had to press her to the ground and wrap her body with some kind of film to stop her from struggling. She looked like a mummy, but she was still yelling and hitting her head on the ground, trying to get away.

Fear lingered in my body, but I stopped crying and felt relief after seeing how the police had successfully handled her. The girl had to be taken to a hospital for her bleeding forehead. I remember another policeman sitting in the car told me she was very “nasty”. I felt happy that she got what she deserved.

For the next three hours, I was in a police station giving my statement, providing every detail I could think of. I recall talking a lot and signing many pages. The policeman told me afterwards that it was the longest statement he had ever taken. He said he wanted to present a strong case in front of the judge. I felt gratitude towards him, thinking he was a very dedicated policeman for taking my case so seriously.

My two friends came to the station after I had called them. I cried again, but it was a kind of cry that made me feel relieved and calm. They brought food and comforted me. I felt happy that they were so kind, and I wasn’t by myself anymore. I realised that the whole thing was finally over.

The case has affected me ever since. It has been two months since it happened, but I am still scared to take the tube alone.  I’m afraid to go out at night and I often dream about that terrible evening. I also occasionally feel that I am unwelcome in the UK, although my mind tells me that the people here are mostly very nice.

Now looking back, I still don’t understand why the girls would do such a thing. They were very young and seemed fine. But what I do know is that there is always going to be racism, and sometimes it will be shown in physical form.

The fact I took those videos tells me that maybe I was brave, that I fought back rather than letting them bully me. Somebody has to. They are evidence of their actions and I wanted them to pay the price for assaulting me. I hope there will be less hate crime in the future.