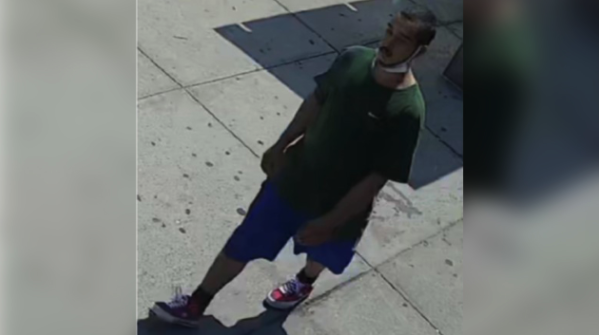 75-year-old Asian woman punched in the face and hospitalized in Queens, suspect wanted

A 75-year-old Asian woman has been punched in the face in Queens.

The incident occurred on 57th Avenue near 97th Place in Corona on Wednesday afternoon when the victim, Wing Wa Chin, was walking alone.

In an unprovoked attack, the suspect punched Chin the face and fled the scene.

Chin had been walking from the supermarket to her home when the suspect launched his attack.

Police have released video showing the moment the suspect attacked.

In the video, the suspect is seen sitting on the curb before getting up and walking towards the market before punching Chin in the face. The victim then falls to the ground as the attacker casually walks away.

Chin was left with a bruised and fractured bone near one of her eyes. She was taken to Elmhurst Hospital.

The suspect is expected to be in his 20s. The NYPD’s Hate Crimes Task Force is looking into this incident as a potential hate crime.

In other news, Asian Americans are once again patrolling the streets in Oakland to protect the elderly from attacks.

Another Asian-American attacked in NYC. The latest in Corona, Queens. A 75 year-old woman punched in the face while walking down the sidewalk. Her husband and the Good Samaritan who called 911 are speaking out about the surge in violence. Ahead at 5 @NBCNewYork pic.twitter.com/BYDz57Tx6X