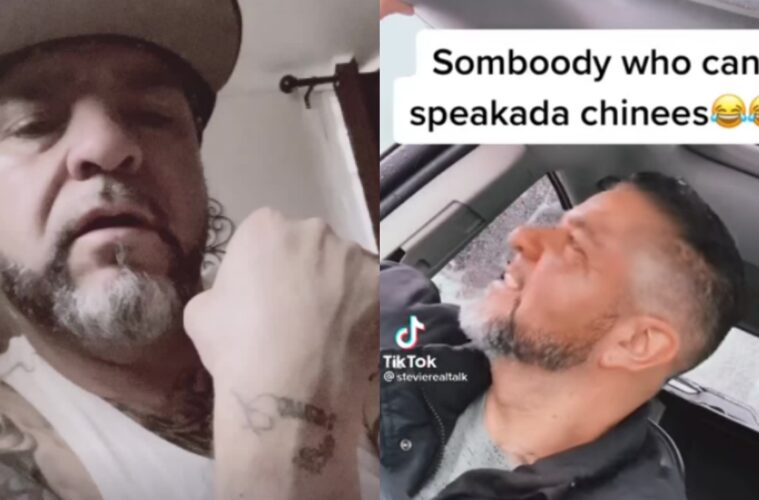 The voice clip was taken from YouTube channel Ownage Pranks

A TikTok user filmed himself using a voice clip to mock Asian accents.

Stevie Bustamante who goes by the handle @stevierealtalk uploaded the clip of himself at what seems to be a Wendy’s drive thru.

Grinning, Bustamante looks at the camera as the voice through the drive through speaker says “thanks for choosing Wendy’s, can I help you?”

Bustamante then plays a voice clip in an exaggerated Asian accent that says “hi I would like to speak to somebody who can speak the Chinese.”

Plastered across the video is the caption “Somboody who can speakada chinees”.

“What the hell?” The attendant says through the speaker. Laughing hysterically, Bustamante plays it again.

The voice clip appears to be from YouTube channel Ownage Pranks, which prank calls restaurants in Asian accents.

Bustamante’s video was shared on Facebook by other social media users who were outraged at the clip.

One commenter wrote, “doesn’t matter what accent it is because it conveys a racist message and racism is based on ignorance. Anyone who does this uh-stupideda accent clearly needs a can of whoopass.”

“Is this supposed to be funny?” Questioned another.

“What an a$$hole,” one person simply wrote.

In other news, a Hong Kong truck driver was beaten and left for dead during a restaurant delivery in New York.