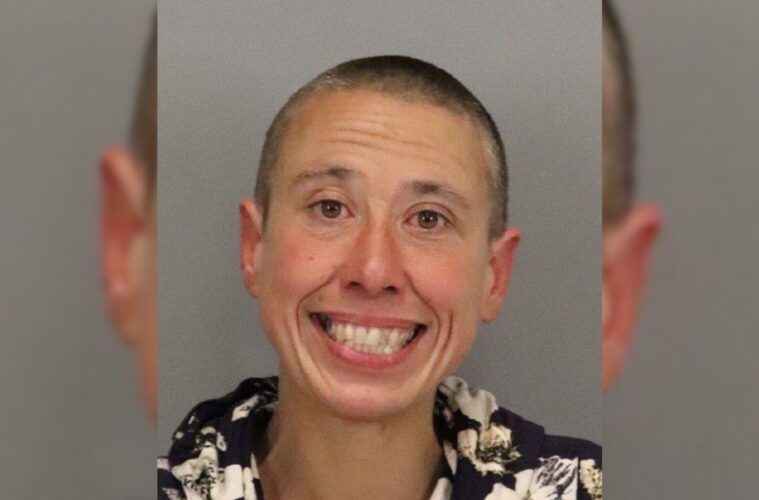 ‘Go back where you came from’: Homeless woman charged with hate crime for spitting on Asian man in California

“Be an active bystander because nobody in the world, in the United States deserves to be treated this way"

A homeless woman has been charged with at hate crime and battery for spitting on and attacking an Asian man in Mountain View near San Jose.

Karen Marie Inman, 39, attacked the Asian American man who was sitting outside a restaurant and allegedly told him to “go back where you came from.”

Witnesses saw Inman walk to the table of the 36-year-old man, who was having lunch with a friend, and yelled “racial epithets” before spitting “in his direction.”

“The least I could do is stand up for this man, speak up, and say something,” witness Luna Marrero said. “Be an active bystander because nobody in the world, in the United States deserves to be treated this way.”

Later that day, Inman had entered Easy Foods Company grocery store on 13 February and grabbed a bag of chips, a can of spam, a scarf and other items that totalled to $20.

She told the Asian store owners that she “did not have to pay because of their ethnicity” and exited the store. Inman was picked up by the police shortly after.

“Our community stands together against any hatred and racism against the Asian Pacific Islander community,” District Attorney Jeff Rosen said in the statement.

“It is ignorant. It is wrong. And when it is criminal — those who are charged will face the full power of my Office to hold them accountable.”

Neither the victim and the Asian store owners wished to press charges against the woman, so police let her go.

“There’s a big difference between somebody taking under $20 worth of items from a shop where the shop owners don’t want to press charges compared to somebody spitting body fluids on a stranger in the middle of a pandemic,”Attorney Sheryl Leung said. “One is so much more serious than the other. In that case, it’s very targeted vitriol.”

Inman was arrested on March 5 and booked into the Santa Clara County Jail on suspicion of petty theft, robbery and two counts of violation of civil rights by force or threat. She appeared in court for battery and hate crime charges on Monday.

If convicted of both charges, she could face more than a year in jail and a fine of up to $5,000.

“This case is both disheartening and disturbing. Mountain View is a vibrant community in many ways thanks to the diversity that exists here,” Mountain View Police Chief Chris Hsiung said in a statement. “Hate crimes have not and will not be tolerated in Mountain View and as this case demonstrates, we take these crimes seriously and will investigate them to the fullest extent.”

In other news, an assault and robbery in Oakland left a 75-year-old Asian man critically injured.