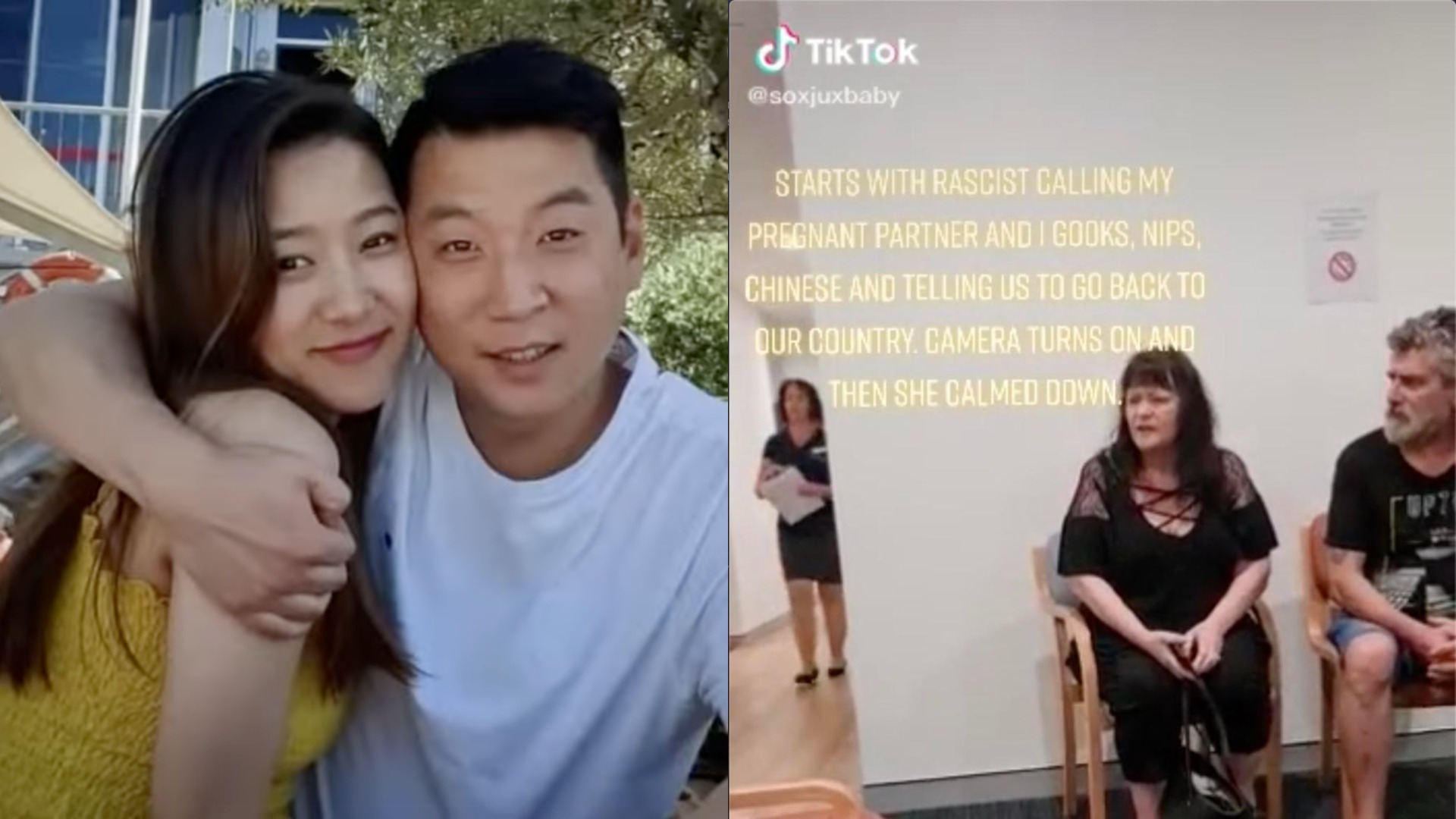 “Piss off back to China"

A woman was caught on camera spewing racist hate at an Asian couple who were waiting for a pregnancy scan in Perth.

In the video, shared via TikTok, Shin is heard defending his pregnant wife after the woman allegedly called the couple “gooks and nips”.

“Go back to your own country,” the woman said.

“Don’t tell me to go back to my own country,” Shin is heard saying.

“Don’t yell at me,” the woman responds.

“No, I can say whatever I want, you just told me to get out of my own country!” Shin snaps back. “I was born here mate.”

As the woman is escorted out of the waiting area by clinic staff, she says “piss off back to China” to the couple.

In a message to the woman on TikTok, Shin says “I’m a third generation Korean/Australian. Born and bred Aussie. You’re worthless. I hope you see this you racist. Good luck to you living in a country that won’t accept your nonsense. I think you should leave.”

Speaking to news.com.au, Shin said he hopes his video will educate people.

Earlier this month, an Australian rapper filmed himself spewing racist hate towards an Asian woman in Sydney.