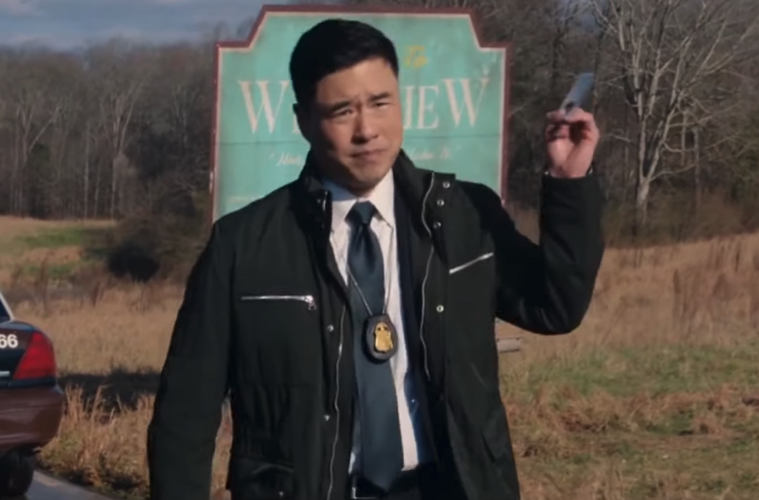 "I don't think it took a ton of takes, but I'm sure I botched it here and there"

Randall Park has discussed his card trick from WandaVision.

In a recent episode of the Marvel series, Park’s character Jimmy Woo introduces himself, flicking his business card like a magic trick.

Talking about the trick with IGN, the Fresh Off The Boat actor revealed he pulled it off without camera aids.

“I am doing it for real,” he said. “I remember learning it maybe a couple days before and being very nervous about it but at that point I’ve worked on it so much that that I felt like I could pull it off.”

“I don’t think it took a ton of takes, but I’m sure I botched it here and there is the beauty of Marvel everything is connected.”

When asked if there was anything that shocked him whilst filming WandaVision, Park praised Marvel for recreating vintage sitcoms.

“It was shocking to me or pleasantly surprising to see how they executed, how they how they actually made these sitcoms and and how authentic it was to the period,” Park said.

Although Park said he wasn’t sure if his character would be making another re-appearance to the series, the Korean American actor stated that he didn’t even think Jimmy Woo would return after Ant-Man and the Wasp.

“I had no idea that this was coming after. After Ant-Man and the Wasp I figured that would be it for Jimmy I was happy with that because it was so fun!”

“They just called me up invited me to the offices told me about this show, I was like yeah of course. So, if that call comes again I will be down!”

In other news, Olivia Munn has spoken out about anti-Asian hate crimes amid the Coronavirus pandemic.