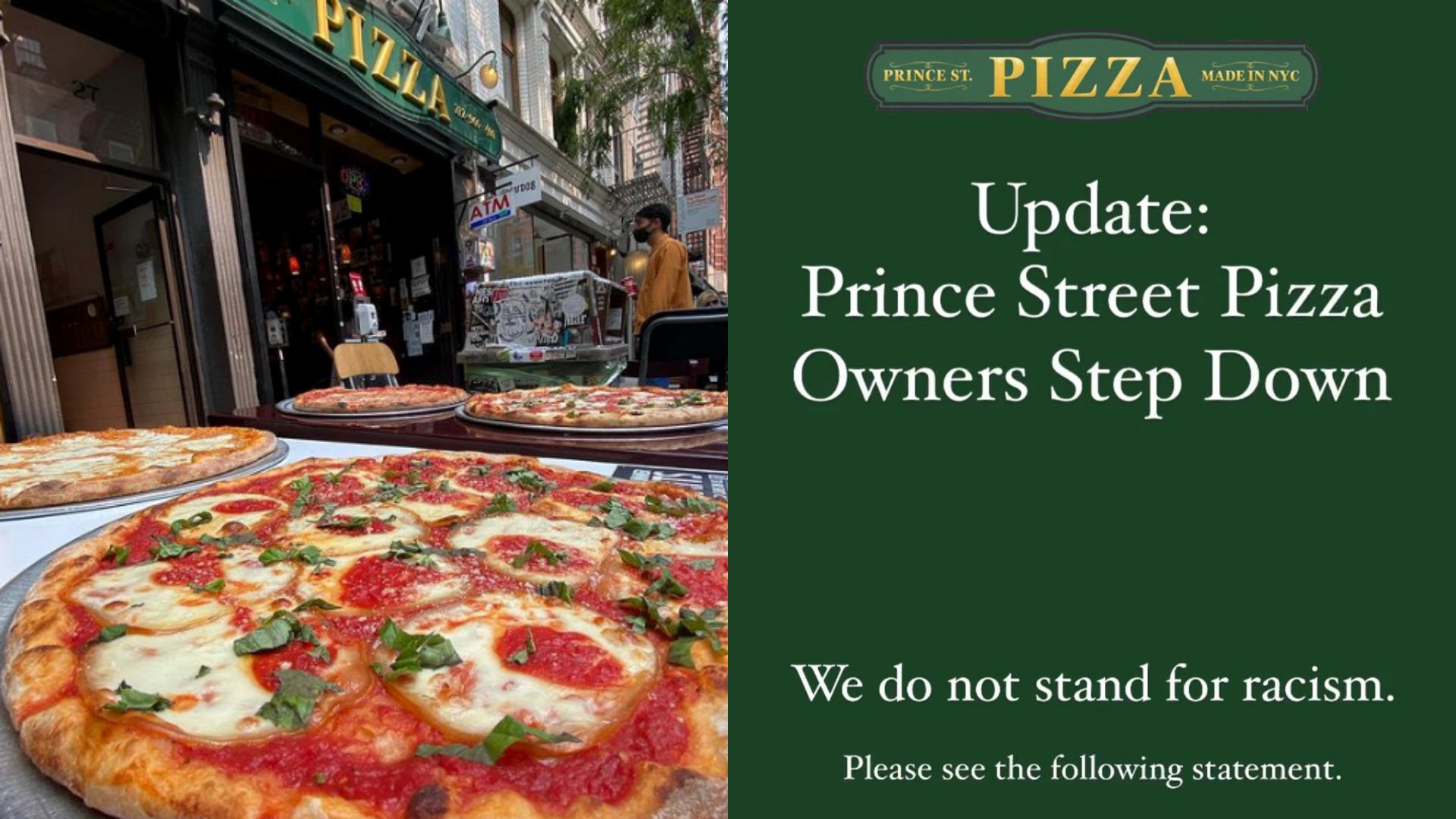 The owners of Prince Street Pizza in New York City have stepped down after their racist comments resurfaced online.

Rosenthal had dug into the pizza restaurant’s past after it announced it would not be able to fill holiday orders.

Posting screenshots of the father and son’s racist comments on his Instagram stories, Rosenthal drew attention from social media.

“One of the things I knew about (Prince Street Pizza) was for a while they were just aggressively responding to Yelpers,” Rosenthal told TODAY Food.

“I knew about it, but I had no idea how bad it was … I just knew it was stuff like ‘Shut up’ and things like that. But when I looked, it was distressing.”

Other people began sharing screenshots of their interactions with the pizzeria.

In a series of replies from 2017, the called a customer a “mutt,” “mongrel,” “yellow dog” and a “disgrace” to the Asian community.

Rosenthal also said he saw Morano mocking a video of Black Lives Matter protestors being hit by a car.

“I went to his Facebook page and found a post, a repost of a 2016 video that showed Black Lives Matter protestors being hit by cars and the caption joked about it … The video was disturbing,” Rosenthal said.

Others called out the pizzeria’s staff for being “prejudice” and “very rude and racist.” Prince Street Pizza responded with a comment calling the reviewer “a piece of shit.”

On 8 January, the pizzeria announced that the owners will be stepping down following the controversy.

“We listened. We will do better. You deserve better,” the caption reads.

“We do not stand for racism,” the shared image reads.

“There is nothing okay about the comments I made on Yelp,” said Frank Morano in the statement. “I take full responsibility and wholeheartedly apologize to our customers, especially our Asian community. All of our customers are family to us, and you deserve so much better. I am stepping down because it’s the right thing to do.”