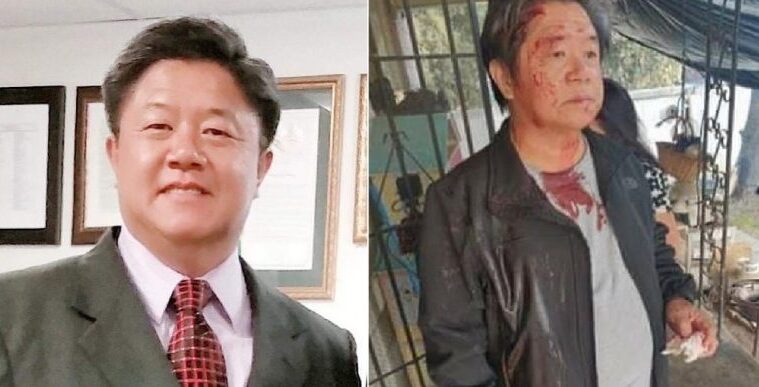 Witnesses are being asked to come forward after an Asian man was hospitalised by attackers in a park in Fresno.

Instagram user grizzlyeats559 posted images of the victim, Vang Vue, whose face and shirt are covered in blood.

The incident occurred in Roeding Park (West Fresno) at the entrance of Olive Avenue.

As per his daily walk, which he usually goes on with his wife, Vue was coming towards the end of his journey when he was randomly attacked.

“Yesterday morning, an older Asian gentleman was assaulted on his 1-mile walk at Roeding Park (West Fresno),” the post says.

“He was already at the end of the walk and exiting near the entrance booth of Olive Avenue. He recalls seeing someone from a distance walk towards him but continued on since him and his wife have taken daily morning walks for weeks now, with no incidents.”

The suspect, described only as a Latinx/Hispanic male, attacked the man with a weapon.

“However today on his walk alone, he was hit head on by a Latinx/Hispanic male with some kind of weapon,” the post continues.

Vue was sent to ER and was processed to get a CT scan. Those who happened to be in the area are asked to come forward if they saw anything.

“His children, made this post to keep our community safe from harm and random assaults. They didn’t make this post to demonize others or perpetuate the stereotypes of harm-doers. If you witnessed this, please reach out with any details.”

In other news, 1 in 4 young Asian Americans have experienced racist bullying.