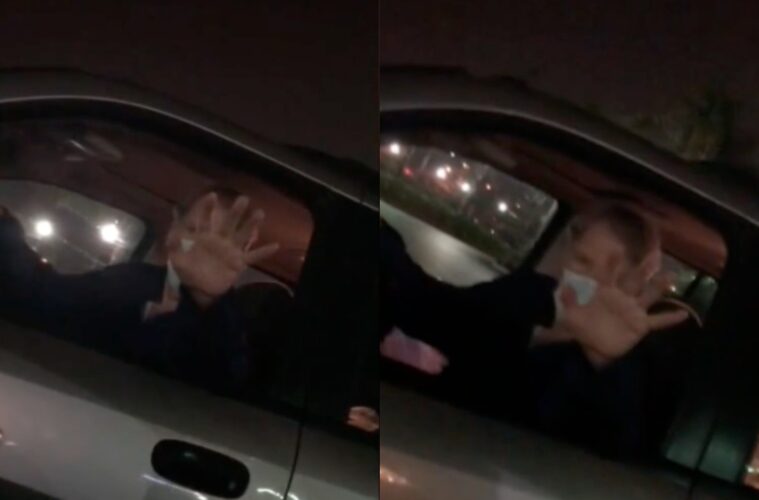 ‘F***ing Asian, what are you doing in this country?’: San Francisco man’s racist spew caught on camera

"We have enough people"

In the video, the man is seen at the wheel of his SUV saying “He’s a f***ing Asian. What are you doing in this country?… We have enough people.”

Junie and her fiance – the victims – Minh told ABC 7 that the encounter occurred outside a Safeway grocery store in Milpitas in the Bay Area last week. The couple said the attack was unprovoked.

“My fiance started recording and I felt comfortable to finally step up and stick up for myself,” says Junie.

Milpitas Mayor Richard Tran has condemned the incident and has spoken to police who will investigate.

“By sharing the video it is to expose someone or to bring accountability,” said Tran. “We’re not looking to end their careers or livelihoods but we’re actually looking to make teaching moments.”

The couple are not pressing charges but are seeking an apology from the man.

“My fiance and I don’t want anything bad to happen to him…. We’re not looking to press charges or open up a case of anything like that. We simply want an apology. He just needs to know it’s not okay.”

In other news, Tomb Raider actor Daniel Wu is offering a $15,000 reward for information leading to the arrest of those who set a 90-year-old Asian woman on fire.