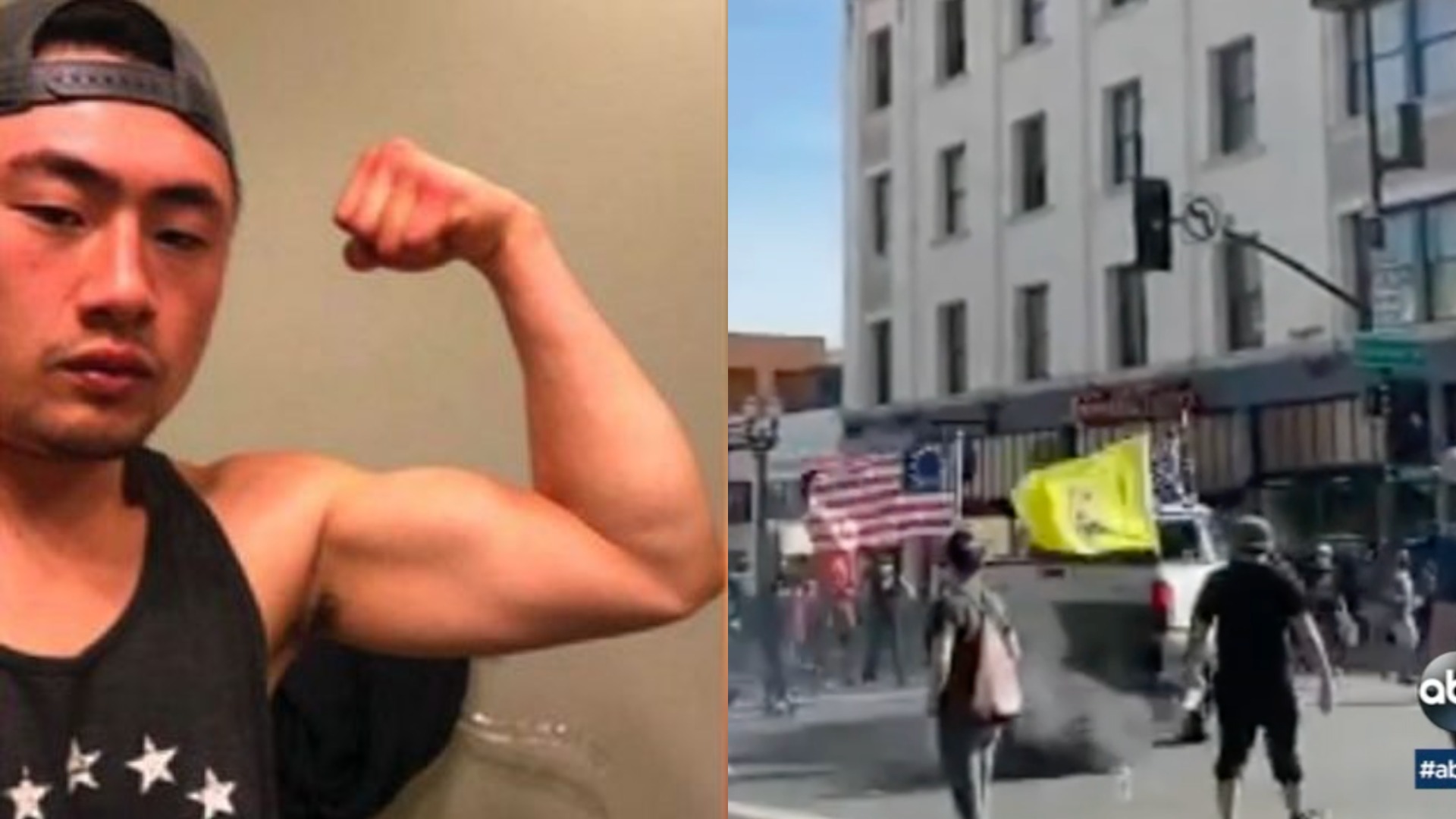 An Asian American who drove into a crowd of protesters reportedly set up a “training camp” at his family’s vineyard.

As reported by ABC7, Benjamin Jong Ren Hung is accused of driving a truck filled with weapons into a crowd of protesters in Pasadena.

The 28-year-old from San Marino drove his white Dodge Ram at a crowd of 150 protestors who were chanting “Black lives matter here” on 31 May.

Flags associated with far-right extremist groups including a Thin Blue Line flag, a Gadsden Don’t Tread on Me yellow flag and an original 13 states Betsy Ross flag were seen on his truck.

No injuries were reported as protesters fled as Hung accelerated towards them.

Police found a loaded semiautomatic handgun, multiple high-capacity magazines loaded with ammunition, an 18-inch machete, $3,200 in cash, a long metal pipe and a megaphone in his truck.

Federal authorities stated that Hong had turned his family’s vineyard into a “training camp” to prepare to “to engage in civil disorder”.

One of Hung’s neighbors in San Marino said they saw him on multiple occasions “wearing military-like camouflage, military fatigues, and carrying a gray tactical vest”.

Hung now faces federal charges for conspiring to transport firearms across state lines and making a false statement related to the acquisition of the firearms.

“Hung purchased and then transported at least three firearms from Oregon to Lodi, California in March 2020,” federal authorities reported.

“Hung also amassed other firearms and tactical equipment from suppliers throughout the United States and used his family’s vineyard in Lodi, California as a training camp to prepare to engage in civil disorders.”

“Hung communicated frequently with associates about creating this tactical training camp and firearms range at his family’s vineyard in Lodi, California, and his intent to use the firearms in preparation for civil disorders.”

On Monday, a judge refused bail for Hung and kept in him federal custody.

If convicted, Hung would face up to five years in federal prison.