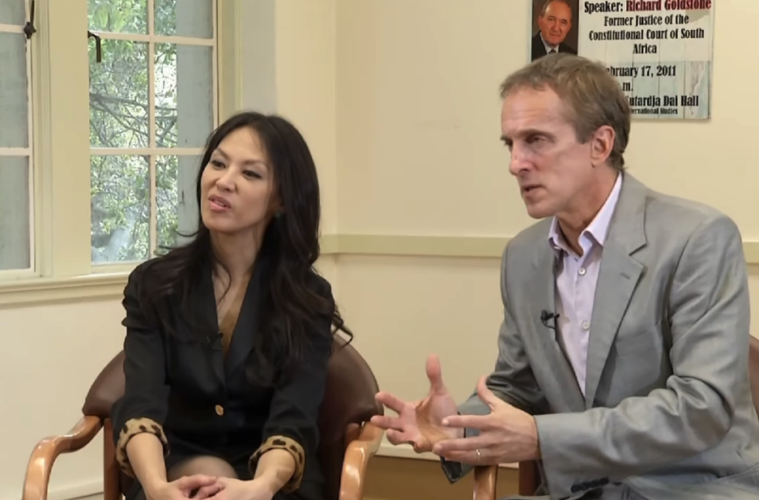 A Yale law professor who coined the phrase ‘Tiger Mom’ has been suspended over sexual harassment allegations.

University officials suspended Jed Rubenfeld from the faculty for two years and will restrict his interactions with students upon their return to campus.

Rubenfeld, who had been a member of the faculty for 30 years, allegedly harassed female students. The 61-year-old reportedly attempted to kiss or touch the students without their consent. Allegations against the law professor date back to 2018

Rubenfeld and his wife Amy Chua are known among students for their ability to secure clerkships with federal judges.

To the wider public, Rubenfeld is known for his 2011 memoir The Battle Hymn of the Tiger Mother.

Rubenfeld has denied the allegations but admitted to making comments which made students uncomfortable.

“I have been teaching for 30 years,” he said. “I have made jokes and comments that I would not make today and I wish I had not made. This may have made students uncomfortable. I respect students for coming forward if it did.”

“But I never sexually harassed anybody. That’s a completely different thing.”

“Many judges trust me because I am willing to put in the time to mentor and get to know my students, especially minorities and students from state schools and marginalized backgrounds that judges would normally not hire,” she said.

Rubenfeld himself had been outspoken against sexual assault allegations and how universities’ approach to rape investigations.

In 2014 Rubenfeld wrote in The New York Times that rape investigations were “unreliable and error-prone” and that “mistaken findings of guilt are a real possibility.”

He added that “sex with someone under the influence is not automatically rape.”

Rubenfeld has since harked back to his New York Times op-ed, claiming “ever since then, I began to be targeted with false allegations against me.”