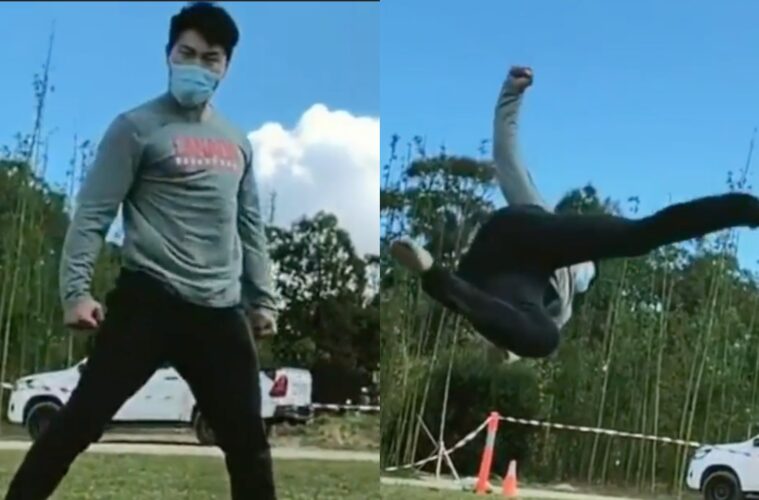 Kim’s Convenience star Simu Liu has shown off his martial arts moves on his Instagram.

Liu, who is currently in Australia as the production of Shang-Chi has resumed after shutting down due to Coronavirus.

The 31-year-old is starring as the film’s titular character and will be Marvel’s first Asian superhero to have their own film.

Consequently, the role demands Liu to be ept in martial arts. Proving that he is worth his salt, Liu uploaded a short clip of him showcasing his martial arts abilities.

In the clip, Liu is seen jumping in the air, and doing a 360 kick before landing perfectly on the ground.

The Chinese Candian captioned his video “My feelings when I realise Jackie Chan and Jet Li were both in the same movie once but the producers made the main character a random white guy.”