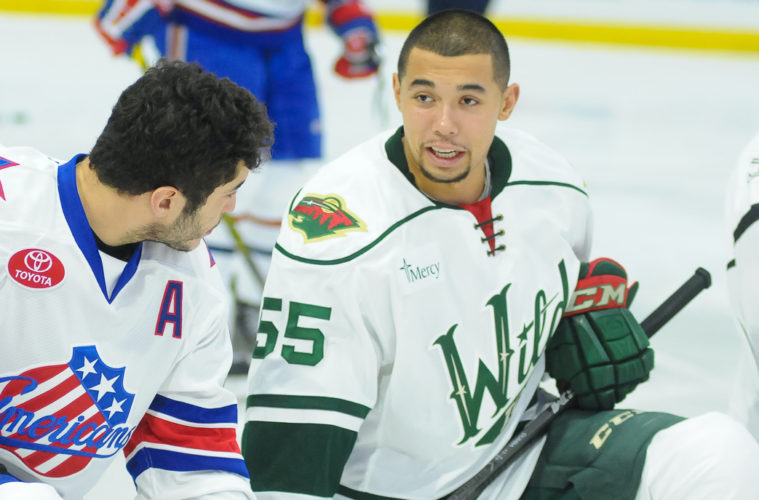 Filipino Canadian Matt Dumba has exposed racism in hockey in an NBC interview.

Dumba, who plays as the defenseman for Minnesota Wild, said he was usually the only PoC on his teams growing up in Calgary and was often the victim of racism.

“Up in Canada, people didn’t really know what I was,” the 25-year-old recalled. “You have to have a conversation and break through my family history and ethnicity.:

“Little kids threw the bag at you when it came to racial slurs and stuff to get at you,” he revealed.

“But I took offense to almost everything that was said to me just because of my family background, how many different races are involved in that,” Duma continued.

“Just wanted to stand up for my family. That was a little bit tough. But you work through it. I’m grateful that my love of the game was so strong and I just kept battling through a lot of that.”

Dumba along with six current and former black NHL players have now announced the formation of the Hockey Diversity Alliance (HDA).

The independent group hopes to make hockey more inclusive of players from all levels in community.

“Our mission is to eradicate racism and intolerance in hockey,” the players wrote in a joint statement.

Dumba said of the group, “being that dude in HDA is cool, branch out to a completely different demographic of people to grow our game. That’s how the boys looked at it, and that’s how I looked at it, as well. I’m really happy to be a part of it.”

For Dumba, seeing how racism demoralises kids from playing the game is the most disheartening.

“I kind of know their story already, how they’ve been subject to racism while playing hockey,” he said. “Seeing that they’re just almost defeated and demoralised.”

“They don’t want to play. They don’t think hockey is the game for them anymore. That’s what really hurts me, a game that I love so much has something wrong at its core.”

“That needs to be changed, because I don’t want to see that. I think about how many great players, minority players, there could be if maybe they weren’t pushed away from the game at an early age like some of these kids are. That’s the sad part for me.”

“Kids can be really mean. That goes back to the subculture of fitting in that I talked about before. Some of these kids might not even be saying the things that they’re saying because they believe it. Maybe it’s just an act of being cool. I don’t want to crucify kids for saying something, but I do want them to learn and know what they’ve said and have consequences.”

In other news, Bruce Lee‘s daughter Shannon Lee has described Trump’s “kung flu” comments as “very much a racist”.