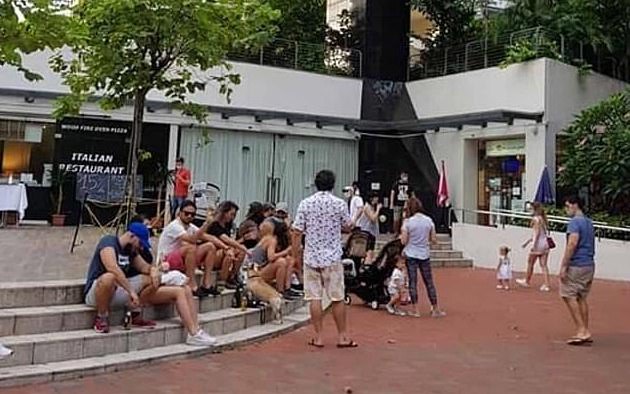 The men had their work permits revoked and were fined S$9,000 each

BBC reports that six Brits have been banned from working in Singapore again for going on a bar crawl during the Coronavirus pandemic.

The group were photographed drinking in the Robertson Quay area on 16 May. Singapore’s lockdown AKA circuit breaker prevented bars from being fully opened but permitted takeaway alcohol.

Images of the men drinking taken by people passing by went viral on Facebook.

The men had their work permits revoked and were fined S$9,000 each.

140 people had their work permits in Singapore revoked for breaking lockdown between 1 May and 25 June according to the Singapore Ministry of Manpower (MoM).

MoM permanently banned the men from ever working in Singapore again.

“These individuals were found eating, drinking and gathering in groups in public during the circuit breaker,” the MoM said.

In other news, Filipino American leaders in California are condemning Trump’s use of ‘Kung Flu’ to describe Covid-19.