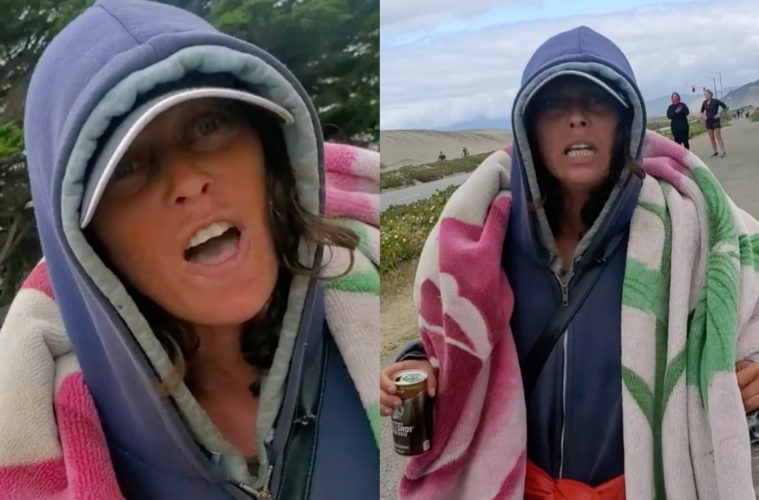 NBC News reports that an Asian San Francisco resident was harassed by a racist woman whilst walking her dogs.

Amanda Law, 36, is a student at San Francisco State University and wishes to share the incident to urge other victims to speak out.

Law was near the Great Highway walking her dogs last month when the woman approached her asking her why she wasn’t staying at home due to Coronavirus.

In the video, the woman is seen asking Law why she “doesn’t go back to where she came from.”

A passerby is heard telling the woman to leave Law alone. “We want you to keep going, you can’t harass [Law],” he says to the woman.

“These nasty people should stay in fucking Asia then,” The woman says to the passerby.

“Americans said we don’t want you here,” the woman says to Law. “That’s why we elected President Trump.”

“We thought Trump was going to leave you guys un your own fucking country.”

Law said she was grateful for the five or six people who intervened.

“I was like, ‘Thank God.’ Because I literally, at that point, I literally was cornered. I had nowhere to go,” she said.

Law’s advice for other victims is to speak out and for others to intervene.

“Be aware this is happening, make sure you know how to handle it when it happens, and if you walk by and you see someone being harassed, step in because, you know, you’re really going to help to save that person,” Law said.

In recent news, , the NYPD has issued its latest crime report, showing that Coronavirus crimes against Asian Americans were on the rise in April.