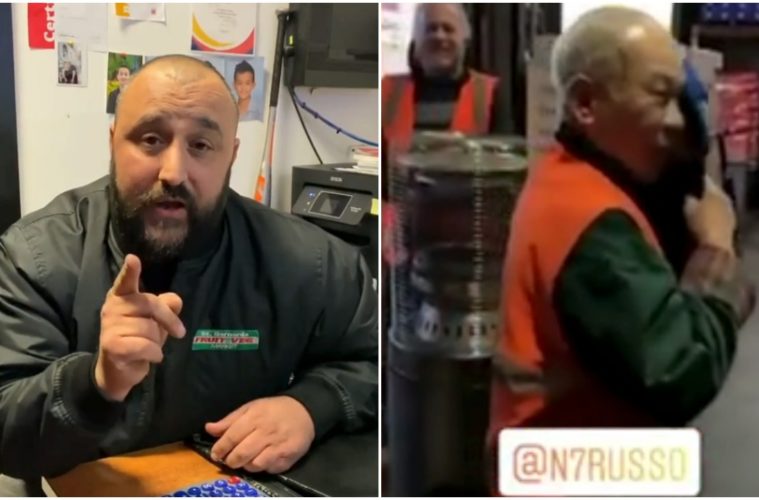 Daily Mail reports that an Adelaide grocery store owner has apologised for uploading a racist video showing an elderly Asian man being ‘fake-sneezed’ on amid the Coronavirus pandemic.

In the clip, a man pretends to sneeze on the elderly Asian worker and sprays him with a water bottle. The person behind the camera is heard saying “got a bit of Wuhan huh?”

John Kapiris who owns St Bernards Fruit and Veg in Adelaide uploaded a video to TikTok on Thursday.

After being condemned as a racist for uploading the video, Kapiris shared a video of himself explaining that the clip was not his.

“We posted something on my story that was apparently a ‘racist’ post,” Kapiris said to the camera, using air-quotes when saying ‘racist’.

“It’s the latest craze on TikTok,” Kapiris said, explaining the video.” Someone’s gone around spraying people making out they sneezed on them when in fact they’re just spraying them with a water bottle.”

The Australian greengrocer then stated that the despite the criticism, he is not a racist.

“Alls is I want yous to know is I’m not a racist person,” he said. “I’m not racist at all. I supply Chinese restaurants. I supply a lot of Asians. I supply many, many races. I am not racist.”

Kapiris then threatened anyone who attacked him for his post.

“As for all the people who PM me and want to abuse the shit out of me, yous are gonna get abused back,” he said. “I’m not the one to sit there and cop no shit from absolutely no one.”

Kapiris emphasised that the video was not his and that he simply shared it.

“The video we posted wasn’t even mine,” he said. “A follower sent it to me and therefore it was posted. It wasn’t done intentionally to hurt anyone or piss anyone off.”

Ending his short video, Kapiris apologised and reminded his viewers whilst marketing his store.

“I do apologise guy but don’t forget I still have the best quality and cheapest prices in Adelaide,” the business owner said.

Most recently, an indigenous Vancouver woman was punched in the head after she sneezed.