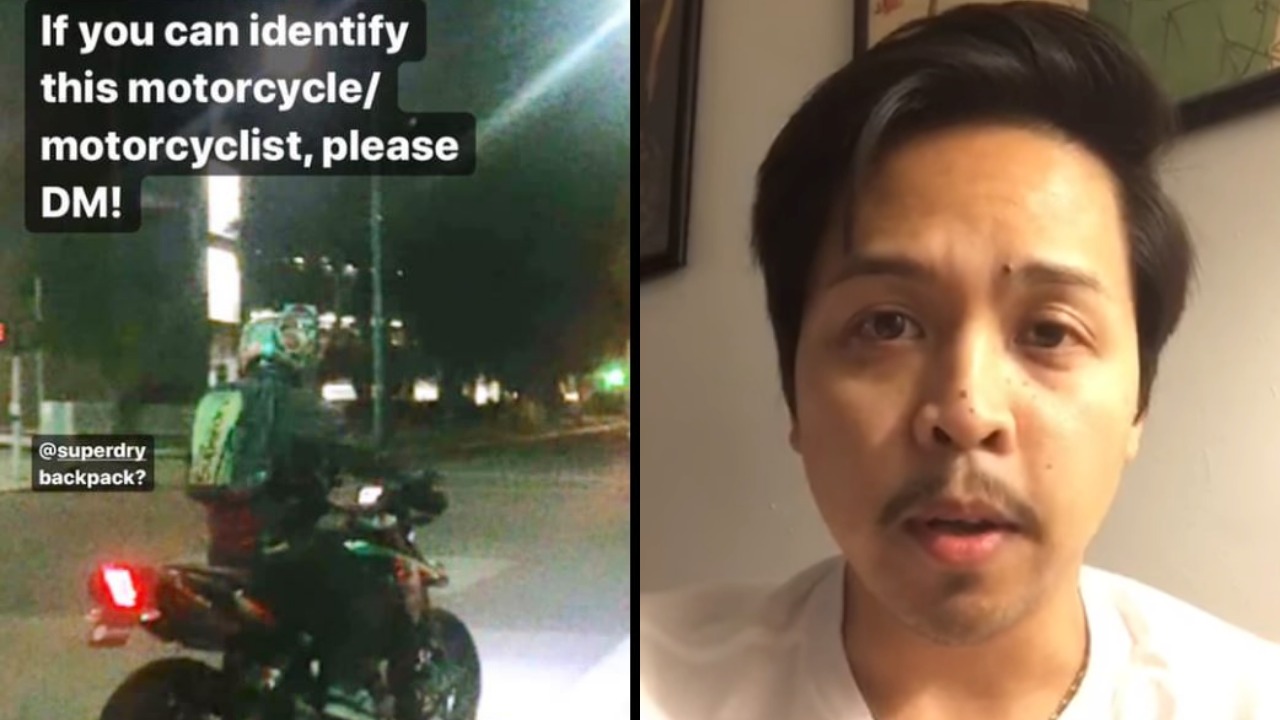 A motorcyclist was caught on video spewing Coronavirus racism towards an Asian American couple.

Mel Brian Vizcarra Patron posted the short clip of the motorcyclist, as well as a video of him explaining what happened.

Speaking to the camera, Patron explained that he was with his wife walking on the street in Pasadena, California, when the motorcyclist cut them off.

The motorcyclist then began verbally attacking the couple, blaming their race for Covid-19.

“I get the camera out and he’s cussing at us in another language. I don’t know what language it was. He sees me get the camera so he turns round and drives off.”

Discussing the video footage he captured, Patron said it is hard to identify the culprit but invites others to help.

“It was really dark so you can’t see what kind of bike he’s on or anything he’s wearing,” Patron said. “But if any of it is recognisable, if the jacket is recognisable, the helmet, let us know. Pass this on and repost this.”

Patron went on to shame how hate crimes are continuing to occur.

“It’s ridiculous for hate crimes like this to be still going on,” Patron said. “It’s ridiculous to feel unsafe a couple of blocks away from your own home in Pasadena, California.”

“It’s ridiculous for us to be run off the sidewalk by someone on a motorcycle.”

Thank you all for the overwhelming love and support you’ve shown me and Francesca!

For those who don’t know,…