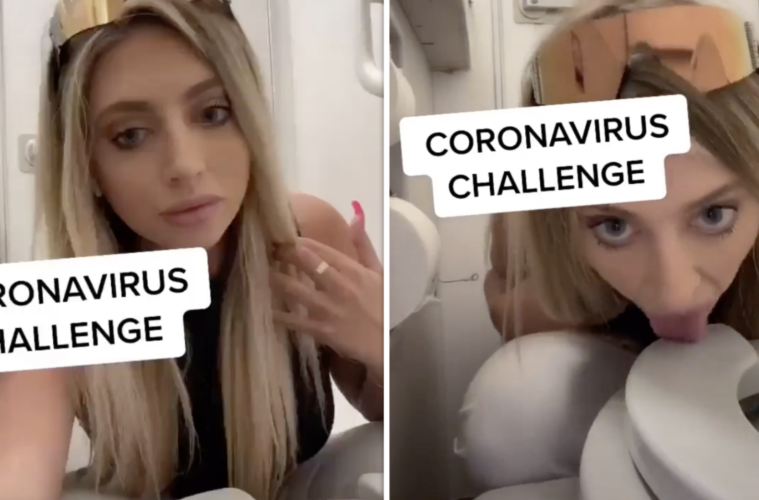 TikTok user @avalouiise made the video to be featured on CNN

Mothership reports that a TikTok user claims she made $4,000 for creating the ‘Coronavirus Challenge’.

In her video, TikTok user @avalouiise AKA Louise, is seen kneeling in front of an airplane toilet seat. She then proceeds to touch her tongue on the seat.

The now-deleted-clip was re-shared on Twitter and has since garnered 4.4 million views.

Louise reportedly made the video to be featured on CNN and claims she has made $4,000 from her viral video.

In a follow-up video, Louise said she knows her viewers were “so concerned for her” and were “worried she might die”.

She reassured her fans that she is “totally fine” adding that she “cloroxed” the toilet seat prior to licking it.

In other news, students in Japan have organised their own graduation ceremony in Minecraft in response to their schools being shut due to Coronavirus.

Y’all participating in the new Corona Challenge? This is on a plane btw… pic.twitter.com/w1XwVRZd87