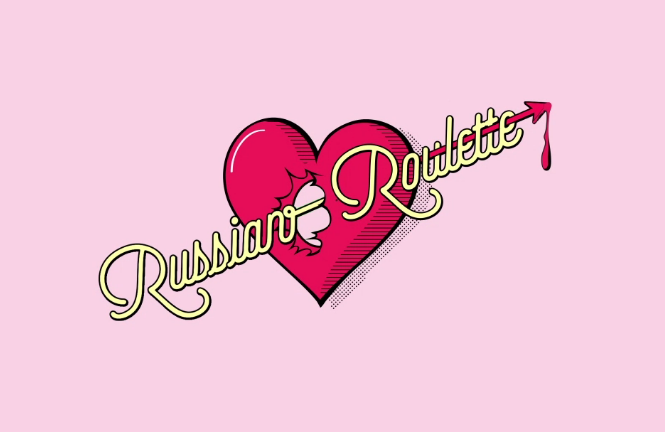 SM Entertainment’s quirky band makes a comeback with a 7-track mini album and an accompanying music video for the title track, ‘Russian Roulette'.

Suffice to say, after the delay of their March album release, ‘The Velvet’, five-piece girl group Red Velvet had a lot to prove with their new mini album, ‘Russian Roulette’.

I would like to start by saying that I’m a big Red Velvet fan. From their first single release, ‘Happiness’, through their consistently high-quality comebacks, ‘Be Natural’, ‘Ice Cream Cake’ and ‘Dumb Dumb’, I have followed the artistic growth of the women, in spite of the fact that at times I thought they couldn’t develop their sound any further. With ‘Russian Roulette’, however, I am happy to say that they have proven me wrong once again. They have managed to develop their music to create something entirely new, whilst still maintaining the youthful vibe that drew their fans in the first place. It’s actually the first thing that hits you when you listen to the album – their musical style is so distinctive that you can tell the songs are by Red Velvet within the first few opening notes. They have found an excellent balance of upbeat and fun tunes with sophisticated and mature lyrics and beats, which is what keeps them interesting.

The album kicks off with the title track, which is expectedly vibrant and bold. The music video is well worth a watch as it shows adorable styling and pastel colors against a far more sinister plot. Whilst the video manages to avoid straight-up gratuitous violence or anything remotely gruesome, the strong implication created is that the band members are plotting to murder each other, all with their pretty smiles intact. The song itself is a similarly strange juxtaposition of cutesy themes and darker messages, which is obviously the artistic intention. It manages to showcase all of Red Velvet’s talents in three and a half minutes: powerful vocals, harmonization and energy. Accompanied by the arguably mismatched lyrics, “A dazzling secret, you can’t turn away from it anymore,” and, “Until the very last moment, you’ll have to trust me – I’m your sweet Russian roulette”, it is clear that this song and video go deeper than just talking about another schoolgirl crush.

The following song, ‘Lucky Girl,’ however, is a low point in the album for me. It’s not actually bad, but it is far outshone by the title track, making it sound like a filler song for the rest of the album. It does have its merits though, and the Doo-Wop style makes for an interesting listen, but to me it seems lazy and uninteresting. If you listen to thirty seconds of the song, you’ve listened to the whole song, whereas ‘Russian Roulette’ has constant changes and new elements introduced throughout it. Aside from this, ‘Lucky Girl’ has an awkward transition between the verses and choruses, and the ‘wop wop wop’ sound bite, that was probably ripped from a ‘game over’ screen from a video game, at the end of the first chorus is tacky and misplaced. Overall, this song doesn’t add anything to the album, and it wouldn’t feel like something were missing if it wasn’t in there in the first place.

‘Bad Dracula’ and ‘Sunny Afternoon’ are an improvement. They are fun and synth-heavy songs that again boast high energy and happy vocals. This is the side of Red Velvet that I prefer – the one that is more suited to their young age and look. Whilst I can appreciate their more mature side, and understand how this may appeal more to a wider audience, as with the single ‘One of These Nights’ that they released earlier this year, I personally prefer to see and hear the girls having fun and enjoying the process of making and performing music. ‘Bad Dracula’ is another lively tune with a heavy electronic influence, and sounds like it would make an excellent addition to a video game soundtrack. ‘Sunny Afternoon’ is a bit more of a calm and easy listen. The vocals are softer, but the verses still work towards a light and upbeat chorus. I feel as though this is the sort of song that does not immediately hit you as an incredibly audacious song, but one that will get stuck in your head at random times, or one that you’ll put on when you need a little pick-me-up.

I was surprised with the change of pace that the song ‘Fool’ offered. The acoustic background music and more delicate singing style was a welcome change, and the stripped down music left the five voices of the five members, Irene, Joy, Wendy, Seulgi and Yeri, at the forefront. This worked very effectively. Sure, this song is not very deep in nature: it expresses the feelings of being in the early stages of falling in love with someone. As a song, it is pretty cookie-cutter and dispensable, but its placement within the album makes is clever as it makes it sound like it is wildly different from anything else that Red Velvet have ever produced (False – refer to ‘Somethin Kinda Crazy’ or ‘First Time’ for songs which have similar themes and minimalist styles).

I equally enjoyed the following songs, ‘Some Love’ and ‘My Dear,’ which again both offered completely different vibes. The former has a very summery pop/electronic tune, whilst the latter seems to have more of an 80’s vibe with synthesized brass melodies. Both are catchy in their own right. Whilst I wouldn’t describe them as ‘Western style’ pop songs, I could see them being mainstream commercial successes in Europe and North America, were these audiences able to adapt to the language barrier.

Is there anything missing from this album? I don’t think so.

If anything, some elements of the album could be taken out without any damage being done to the listening experience overall. I think that Red Velvet have managed to cover most bases with ‘Russian Roulette’, using a wide range of styles, and at times blending these styles together, in a very calculated and deliberate way. Compared to their previous albums, ‘The Red’ and ‘The Velvet’, ‘Russian Roulette’ is more heavily conceptualized around the music video of the title track, and I can only applaud the production team and Red Velvet themselves for following this concept through the whole album so meticulously. I look forward to seeing how they will continue to surpass my expectations again in the future.