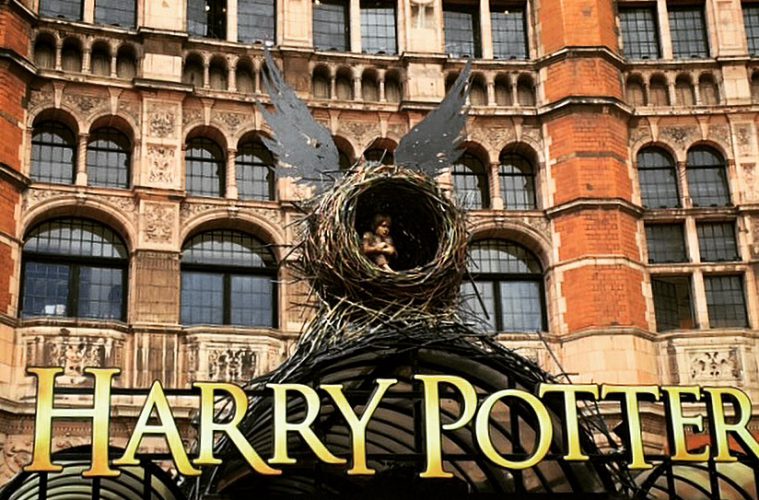 Long thought to have been over with both the publication of the seventh book in 2007 and the premiere of the eighth film in 2011, the Harry Potter franchise is decidedly back in the spotlight with this magical new production in the West End.

A two-part epic, almost five hours in duration, this swansong to the magical world and characters created by J.K. Rowling is a triumphant staging that allows the audience to explore the adventures of a new generation of Potters and Malfoys. Written by Jack Thorne, a playwright who cut his teeth in television working on programmes such as Skins and This is England, the play is based on a treatment written by Thorne, fellow theatre stalwart John Tiffany and Rowling herself. Audiences are invited to attend the two parts on consecutive days or same-day morning and evening performances for true Potterheads.

Taking place nineteen years after the events of the Deathly Hallows, the play follows Harry and Ginny’s middle child Albus Severus Potter (Sam Clemmett) as he tries to navigate life in Hogwarts with the burden of his father’s past following him around like a dark cloud. Will he live up to the Potter name or let his fears and doubts consume him?

This setting allows for grown up versions of the original characters to be present in the story, with a troubled Harry (Jamie Parker) and Ginny (Poppy Miller, reminiscent of Julie Walters’ own Weasley matriarch) sharing centre stage alongside a complex Draco (Alex Price) whose intentions are never quite clear, a reimagined Hermione (Noma Dumezweni) and a hapless Ron (Paul Thornely with excellent comic timing).

Very much a story of parents and children, the changing dynamic of their relationships and unwavering love for one another, it is the younger stars who truly shine here.

Clemmett and Anthony Boyle as Draco’s peroxide heir, Scorpius steal the show with their chemistry and appetite for adventure. With a clever structure that allows the audience to revisit key moments from the Harry Potter canon and a heart-breaking penultimate scene, this production is a tour de force of emotion and spectacle.

The staging is outstanding and incredibly innovative with clearly a great deal of thought having gone into reproducing a magical world without the benefit of CGI that the movies rely on. Some of the spells and incantations occurring before my eyes were more impressive than illusionist shows I have attended and came close to making me believe in the real deal.

The recent novelisation of the Cursed Child script has sold 2 million copies already and with the impending release of the first film in the Fantastic Beasts trilogy starring Oscar winner Eddie Redmayne, the Potter universe is more reinvigorated than ever and shows no signs of slowing down. Mischief managed indeed.