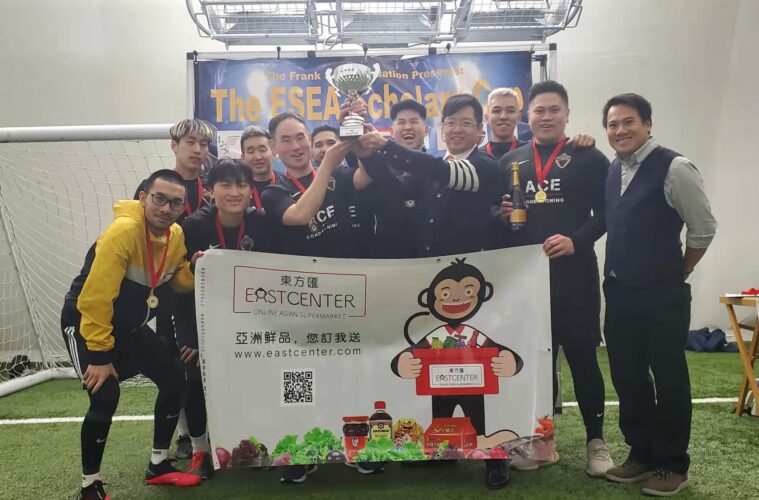 The long anticipated ESEA [East and South East Asian] Scholars Cup was held last weekend at Cranford Community College, London. The vastly popular competition pitted student-aged participants from all over the country to showcase their talent.

Mr Shaowen Fan of East Center (www.eastcenter.com), the main sponsor of the event said “We are so happy to be involved with this competition. It is very important that we have these events for the East and South East Asian community, especially after all the lockdowns we have had. It is important for young people to go out and be healthy, competitive and enjoy themselves.”

A total of twelve teams representing different student groups (past and present) participated. Loughborough Chinese Society team captain Solon Sit saying: “it was a very well organised tournament…the atmosphere was very good; it was competitive and obviously at the end we were all friends.”

The 7-a-side tournament was won by Manchester based team Nemesis. Team captain Mark Yiu, said of the event, “The tournament was very well run and we really enjoyed it.”
The Frank Soo ‘Player of the Tournament’ and the ‘Golden Boot’ trophies were awarded to Ryan Wan of the Nemesis team who had the highest man of the match votes from all the referees and scored an impressive nine goals.

He said that he was “absolutely delighted first of all to win the top scorer and player of the tournament of course”. He also said that he “can’t wait for next year to retain the trophy and big respect to Frank Soo.”

ESEA Scholars Cup Organiser Alan Lau says “I am so pleased that we have teams from different East and South East Asian backgrounds come to play in the tournament. I believe that even though our cultures are are not exactly the same, we can come together to play and share our love of football. My hope is that this is the first steps to building a bigger event for even more ESEA teams from around the country to compete in!” 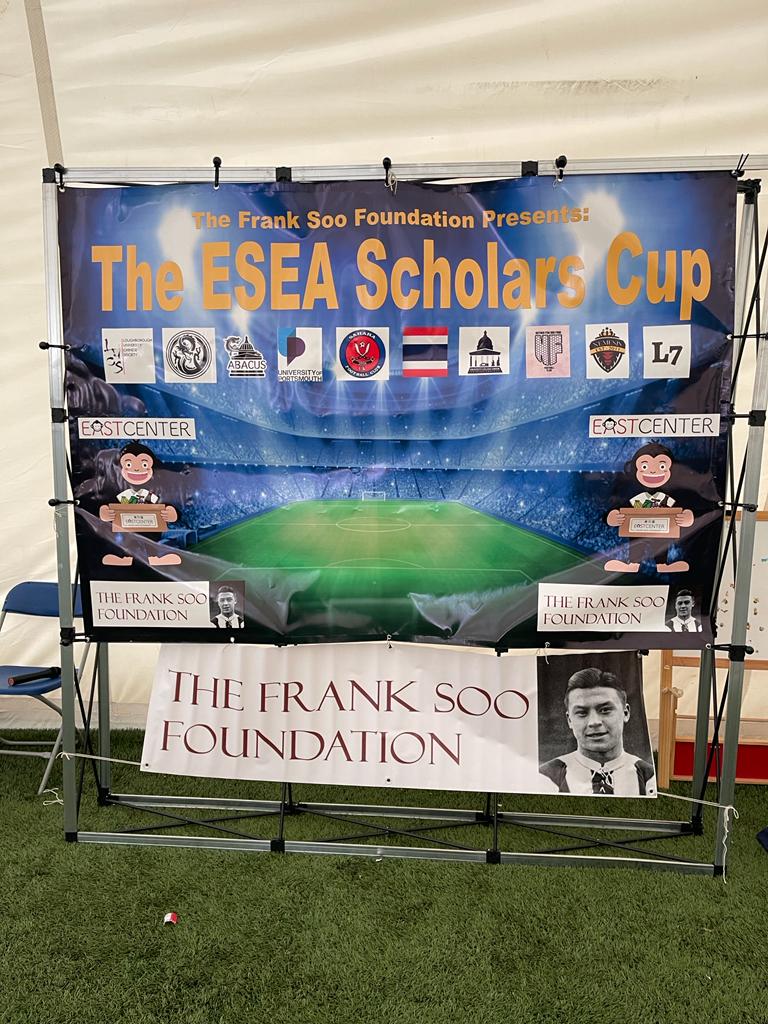 Premier League football scout Gary Forde said, “it was great to be invited to see this showcase of talent from the East and South East Asian community”.

The Frank Soo Foundation (www.thefranksoofoundation.org.uk) organised the whole event. The Foundation was set up to support the legacy of Frank Soo, the first player of Asian descent to play for England (unofficial war time caps).

The Foundation hope that tournaments like this can provide people from ESEA backgrounds with more opportunities to be involved in football and even perhaps one day produce the next Frank Soo.

For more details about the Frank Soo Foundation please visit the organisation’s website.