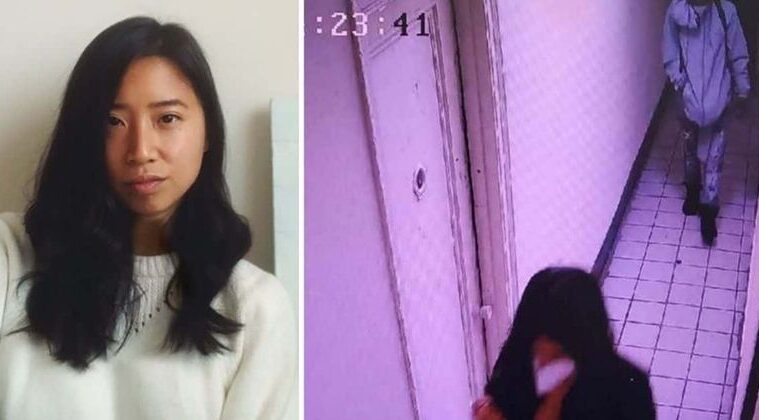 “You don’t desecrate a memorial like this … on top of this horrific event, that’s the last thing we need"

A memorial dedicated to Christina Yuna Lee, who was killed in her New York City Chinatown apartment, has been vandalised overnight.

Lee, 35, was killed by Assamad Nash in the early hours of Sunday morning. Video footage showed Nash, 25, following Lee into her sixth-floor apartment where he stabbed her 40 times and left her to die.

The Korean American was heard screaming for help as a male voice responded, “calm down, I have a gun.” Lee was still heard crying out for help as police arrived at the apartment.

“We don’t need the police here — go away,” Nash said as he barricaded himself inside Lee’s apartment. Police found Nash hiding under her bed.

A makeshift memorial was left outside Lee’s apartment but was found vandalised on Wednesday morning. Flowers, candles and anti-Asian hate signs were among the damaged items.

“This morning, the candles that we have all lit as a community for her during the vigil and we all left out here were smashed. The ‘Stop Asian Hate’ sign was torn. One sign was ripped up. I threw it away,” Brian Chin, the landlord of the Chrystie Street building where Lee lived.

“I had to clean up all the shattered glass. I try to put the sign back together as best as I can … They try to desecrate her as much as they could and we as a community are beyond fed up, we are beyond angry and we are tired of being attacked,” he added. “We are tired of seeing this hatred and we are not going to stand for it anymore.”

Wellington Chen, the director of Chinatown Business Improvement District, helped in the clean up.

“You don’t desecrate a memorial like this … on top of this horrific event, that’s the last thing we need,” Chen said. “It means a lot to us Asian people and it should mean a lot to all New Yorkers, too.”

Residents of the neighbourhood were left furious by the hate targeted towards Asians.

“This is racism against Asians. I can feel it. Why are they after us? I don’t know. We didn’t do anything wrong,” said 62-year-old Wai Fun Tso.

“I feel sad. I am upset. Don’t touch it. Leave it alone. Let her rest in peace.”

Nash had been living at a homeless centre prior to the killing and had racked up dozens of previous arrests in New York dating back to 2012.

Our executive director helping to piece the memorial for Christina Yuna Lee back together. #christinayunalee #memorial #chinatown #chinatownnyc pic.twitter.com/pEHp9cOH3y