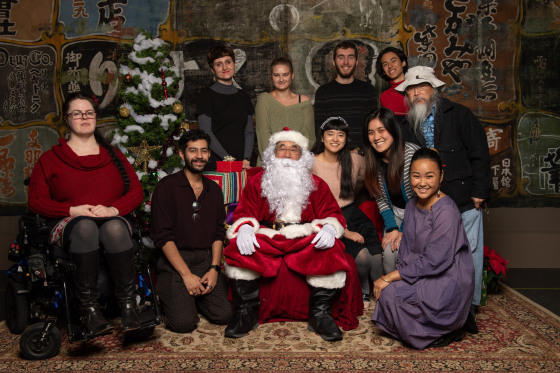 “It was nice to just get into a role that has been traditionally very, very white America"

A museum in Seattle is hosting an Asian American Santa Claus.

The Wing Luke Museum of the Asian Pacific American Experience in Seattle is giving children a lesson in diversification by hosting an Asian St Nick.

It’s a tradition that the museum has been upholding since 2016, starting with Santa Al Young.

“It was nice to just get into a role that has been traditionally very, very white American and turn it into an American experience,” said Young, who has been Santa twice now.

Families are encouraged to visit the museum to take a photo with the Santa as children tell the Asian St Nick what their most desired wishes are.

Young has fully immersed himself in the role, which he believes is important for dismantling stereotypes.

“The biggest thing that I do is I’m very boisterous. I make a big deal and make a lot of noise and welcome the kids in,” he said, laughing. “I didn’t want to be a shy Asian Santa.”

“We never had this when we were kids,” Young continued. “Now they’re having the experience, and that is an inclusion moment.”

“We’re going to be such a richer culture and a richer country if we start including everybody,” he said.

Young hopes that Asian American families will be able to continue the tradition for generations to come.

“We can all play Santa. It’s not just one person. John Wayne is not the only cowboy,” Young said. “I think it was very forward-thinking of Wing Luke to say, ‘Look, we can do this, too.”