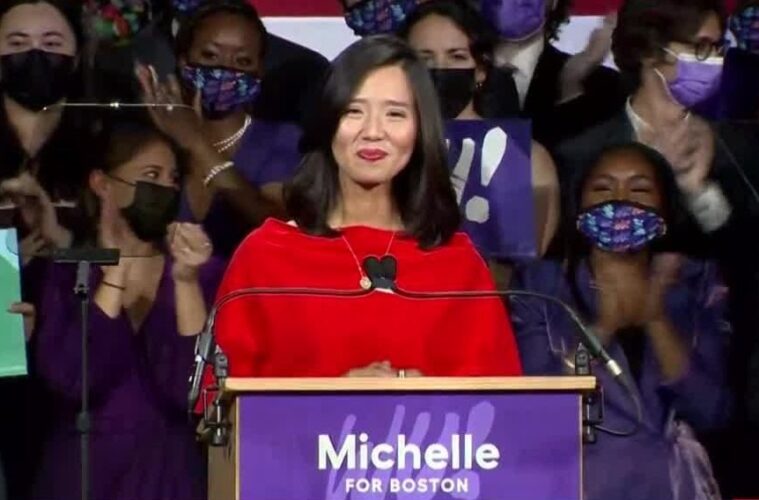 “We are ready to become a Boston for everyone"

Wu was born in Chicago and is the daughter of Taiwanese immigrants.

“From every corner of our city, Boston has spoken. We are ready to meet this moment,” Wu said at her victory speech. “We are ready to become a Boston for everyone.”

Wu won almost 62% of the vote compared to her opponent’s 38.8%. She now serves as the first woman and person of colour to be elected as Boston’s mayor, replacing Mayor Kim Janey.

“I want her to show the city how mothers get it done,” she added.

Wu’s policies are regarded as progressive after she championed the first paid parental leave policy for city employees.

“We’re ready for every Bostonian to know that we don’t have to choose between generational change and keeping the streetlights on; between tackling big problems with bold solutions and filling our potholes; to make change at scale and at street level,” Wu said.

“We need, we deserve, both. All of this is possible … and today, the voters of Boston said all these things are possible too.”

“Boston has always been that city that punches above our weight, where our activism, our community, our joy radiates out into progress across the country,” Wu continued. “And today together, we are marching into Boston’s promise.”