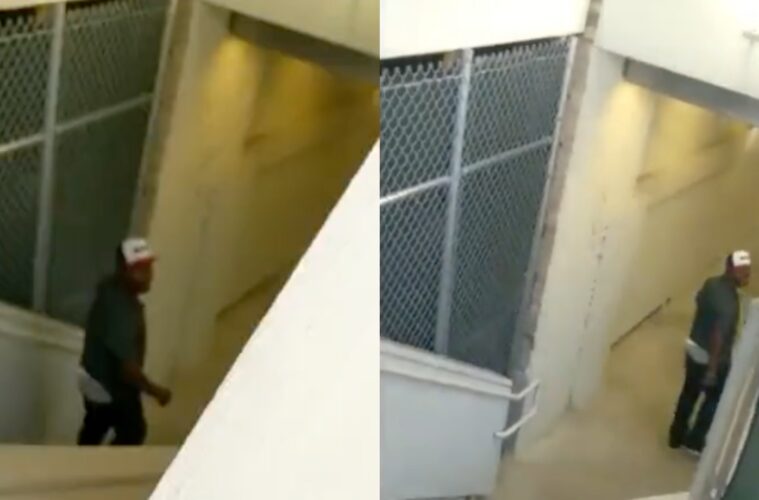 The FBI is seeking help from the public to identify a suspect who attacked an Asian American man at a subway station in Chicago.

Along with the Chicago Police Department, the FBI has released photos and video of the suspect believed to be linked to the hate crime at Argyle Station on the CTA’s Red Line on 15 August 2021.

The suspect followed the victim into the station and stuck him on the head from behind, causing the victim to fall.

Police said the suspect told the victim he deserved the assault and used an ethnic slur against the man and his partner.

The suspect is described as “a Black male with thin goatee facial hair. He was wearing a diamond stud earring in his right ear, a silver watchband on his left arm, a metallic bracelet on his right arm, a gold neck chain, and a Chicago White Sox baseball cap.”

FBI Chicago representative Siobhan Johnson said the attack is could be part of the rise in crimes against Asian Americans.

“The concern is that this may be part of a national trend against Asian Americans with violence that we have seen over the past year associated with Coronavirus, but really whatever the reasoning, the FBI concern is still the same, to protect people from being victims of this type of crime,” Johnson said.

“So, regardless of why they targeted this individual specifically, you know, we’re going to go at it with the full force of everything we can to make sure that justice is done.”

Anyone with information is being asked to contact the FBI Chicago Office at (312)421-6700, local FBI office, the nearest American Embassy or Consulate, or to submit a tip online at tips.fbi.gov. All tips can remain anonymous.

#FBI and @Chicago_Police are seeking information on the identity of an unknown suspect responsible for a violent assault at a #CTA stop last month. Anyone with tips is asked to contact #FBIChicago at (312) 421-6700 or visit https://t.co/5KoqNDuLO3. All tips can remain anonymous. pic.twitter.com/5KpRuaPfdT