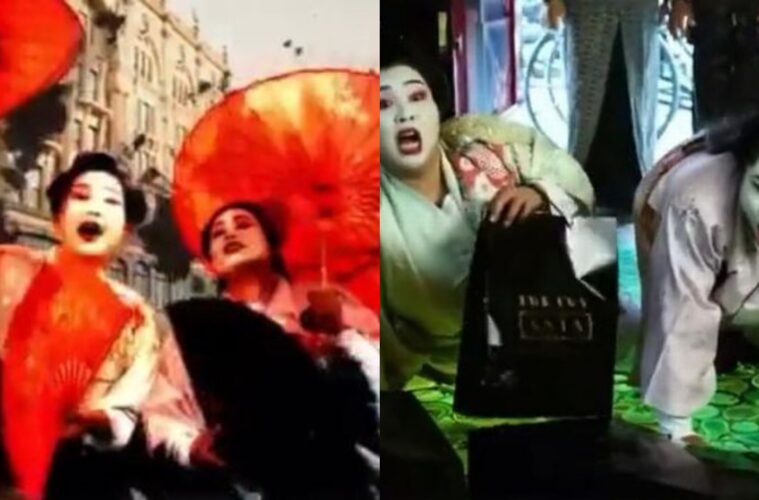 "It was wrong. It was done naively and it was totally inappropriate and culturally insensitive"

Ivy Asia has apologised for a video that many have deemed to be racist.

Released on Saturday 8 August on The Ivy Asia’s Instagram, the now-deleted advert opens with a gong, red dragon graphics and stereotypical Asian music.

Women dressed in traditional Chinese attired hail a rickshaw pulled by a man wearing a changshan.

The women, being too heavy, cause the rickshaw and the driver to be pulled over.

Another man called ‘The Hero’ hails from the sky to help the trio rush through central London to The Ivy Asia, Chelsea.

Commenters on Twitter expressed their outrage about the video, calling it “racist dreck.”

“This got conceived, discussed, approved, commissioned, made, paid for and published with nobody saying “er… guys, are you sure this is ok?” – how the hell does that happen?” One person commented.

“I had a nap and woke up back in the 80s. The white people turning around to glare at the end is the icing on the cow pat,” another said.

Another called the video “Little Britain-level”, adding they were “absolutely astonished that any restaurant, influencer, critic, or writer promoting it could stand by this.”

A spokesperson for the restaurant has since told My London the video was “totally inappropriate” and said it was “conducting an internal review to make 100 per cent sure this does not happen again.”

“We would like to sincerely apologise for the offence caused by our marketing video.”

“It was wrong. It was done naively and it was totally inappropriate and culturally insensitive.”

“We had a complete ignorance of understanding.”

“We are conducting an immediate internal review of our marketing processes and publication guidelines to make 100 per cent sure this does not happen again.

“We need to educate ourselves and we are already looking to engage the relevant external bodies to review concept, culture and all internal and external processes.”

“We must learn lessons and move forward in a totally new and appropriate way.”

“Once again, we apologise unreservedly.”

Opening its first branch in London in 1917, The Ivy is one of the most famous luxury restaurants across the country.

The Ivy Asia is one of the group’s newest instalments, opening as part of Manchester’s Ivy restaurant in Spinningfields, which opened in 2018.

It offers Asian cuisine and a late-night bar.

There are two Ivy Asias in London – St Paul’s and Chelsea, with the latter having just been opened this summer.

In other news, Juventus Women football team has apologized for posting a racist anti-Asian picture.

The Ivy should just stay out of Asia if this is the kind of racist dreck they use to market it pic.twitter.com/LDoDTt1yUt