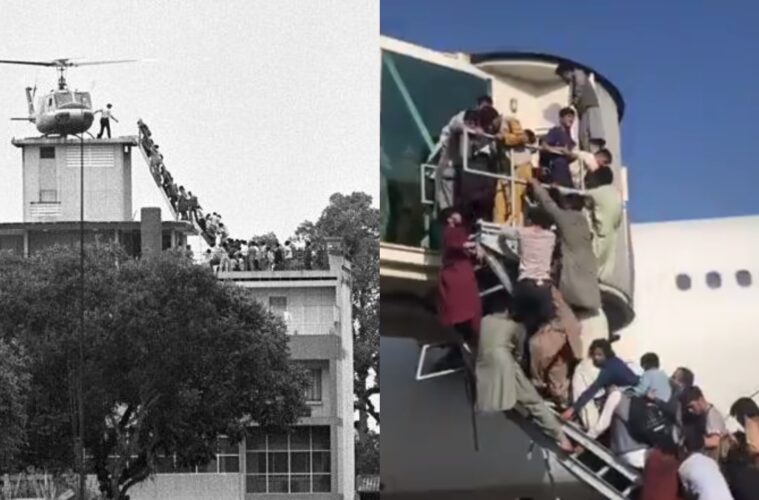 "History may be repeating itself, but this time, let us do better than what we did in 1975"

Asian American Vietnamese refugees who witness the fall of Saigon are calling for the US to accept more Afghans into the country.

Despite President Biden assuring the world that there were “zero” parallels between the withdrawal from Saigon and the exit from Afghanistan, images of Afghans clambering to escape Kabul have triggered the memories of Vietnam War survivors.

Thanh Duong, a civil engineer for the South Vietnamese government, had worked closely with the US government during the Vietnam War. The now year recalls being terrified as he sought help from the American government to escape.

“I failed at every channel,” he said. “I was so frightened. I was thinking to myself, ‘I won’t be able to get out.’”

After waiting for hours to be airlifted from the embassy, Duong was eventually rescued and now lives in Tennessee with his family joining him in the years that followed.

Recent footage of Afghans undergoing a similar plight has reminded him of years he would rather forget.

“When I saw the scenes from the news from pictures and videos,” he said, “I was just devastated. It’s complete chaos, just as it was in 1975.”

Pham, a board member of the Progressive Vietnamese American Organization, which is known as PIVOT, has since helped to draft a statement on behalf of the organization that calls for Biden to remove the cap on the number of Afghan refugee and special immigrant visas.

“For those Vietnamese Americans and their families who experienced the fall of Saigon in 1975, the unfolding events in Afghanistan have brought a haunting sense of déjà-vu,” the statement reads.

“While the situations are different, we have experienced some of what is happening and may be about to happen in that country: the chaotic evacuation of vulnerable Afghans from collapsing cities; the fear and panic among the Afghan population; the desperation of people seeking ways to leave the country at any cost and to get their family members to safety; a homeland lost and hopes dashed.”

The statement calls for Biden to take the following five steps:

“History may be repeating itself, but this time, let us do better than what we did in 1975,” the statement concludes.